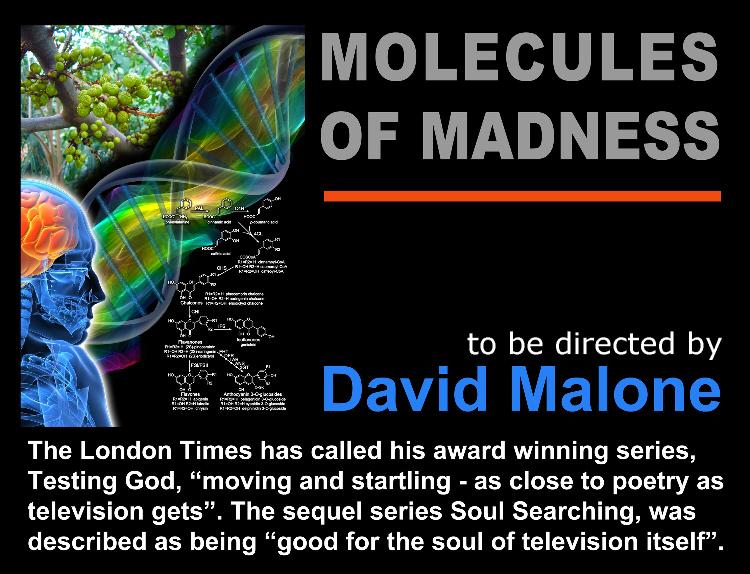 The world seems to be teetering on a brink. The litany of problems is long, and top scientists warn that we're headed to disaster if we don't quickly change. Tony Wright, a researcher and author of Left in the Dark: The Biological Origins of the Fall from Grace, claims that the world is the way it is because of a biochemical catastrophe that started 200,000 years ago. Science documentary filmmaker David Malone, known for his work at the BBC, has been commissioned to produce a documentary about the theory.According to Wright, at some point humans lost access to the hormonally and biochemically rich plants that helped build their brains. The result was an insidious degeneration, especially damage to the left hemisphere, which Wright says is at the root of fear, aggression, and a host of mental disorders. "Our ability to harm each other is not about making inappropriate choices, it is a symptom of neurological damage. Repair the damage and the potential to cause harm is no longer possible. That possibility alone is what has driven me for the last 15 years or so," Wright explains about his work.A growing number of scientists recognize that the left hemisphere is perceptually impaired and makes up stories to fit its own acceptable reality. This perceptual impairment affects everyone, creating a difficult Catch-22.Although his ideas may seem radical, Wright's theory has garnered significant endorsements from leaders in science, philosophy and religion. His work has also caught the attention of several filmmakers including David Malone, whose career spans nearly 20 years producing documentaries for UK's BBC and Channel 4. Now Malone has been commissioned to produce a two-part documentary to tell the story of humanity's descent from “paradise.” A 60-day campaign to raise $1.2 million to fund the film project is underway at Kickstarter.com - http://www.kickstarter.com/projects/lanawalker/molecules-of-madness-the-story-of-our-descent-to-i“I heard about Tony's idea about eight or nine years ago and ever since I've wanted to make a film about it,” said Malone. “What he has opened up is fantastically interesting. It's an extremely fertile idea in my opinion, and I think there's no time when his ideas are more important than now.” The inaugural film Molecules of Madness will take a new look at existing data from multiple fields, including evolutionary biology, neuroscience, anthropology, philosophy, and religion. It is hoped that the disturbing yet encouraging picture that emerges will be impossible to ignore and ignite further research and debate.About Tony WrightTony Wright is an independent researcher and author of Left in the Dark: The Biological Origins of the Fall From Grace. Additional information is available at http://leftinthedark.org.uk/. About David MaloneDavid Malone is a science documentary filmmaker with an academic background in hominid evolution. He worked for the BBC for eight years. As an independent filmmaker he continues to produce single films and series for BBC and Channel Four. Learn more at http://www.becauseyouthink.tv/If you'd like more information about this topic, or to schedule an interview with Tony Wright, please call 44 (0)1736 811291 mobile 07892720831 or send an email to tony.wright@kaleidos.org.ukTalking Feather Communications 3434 W Anthem Way #118-411 Anthem AZ 85086Contact: Tony Wright, Researcher and Author

You can edit or delete your press release A Biochemical Catastrophe 200,000 Years Ago Explains Human Suffering here