ZanderInventions Biocide ZZ-20 and the Bees 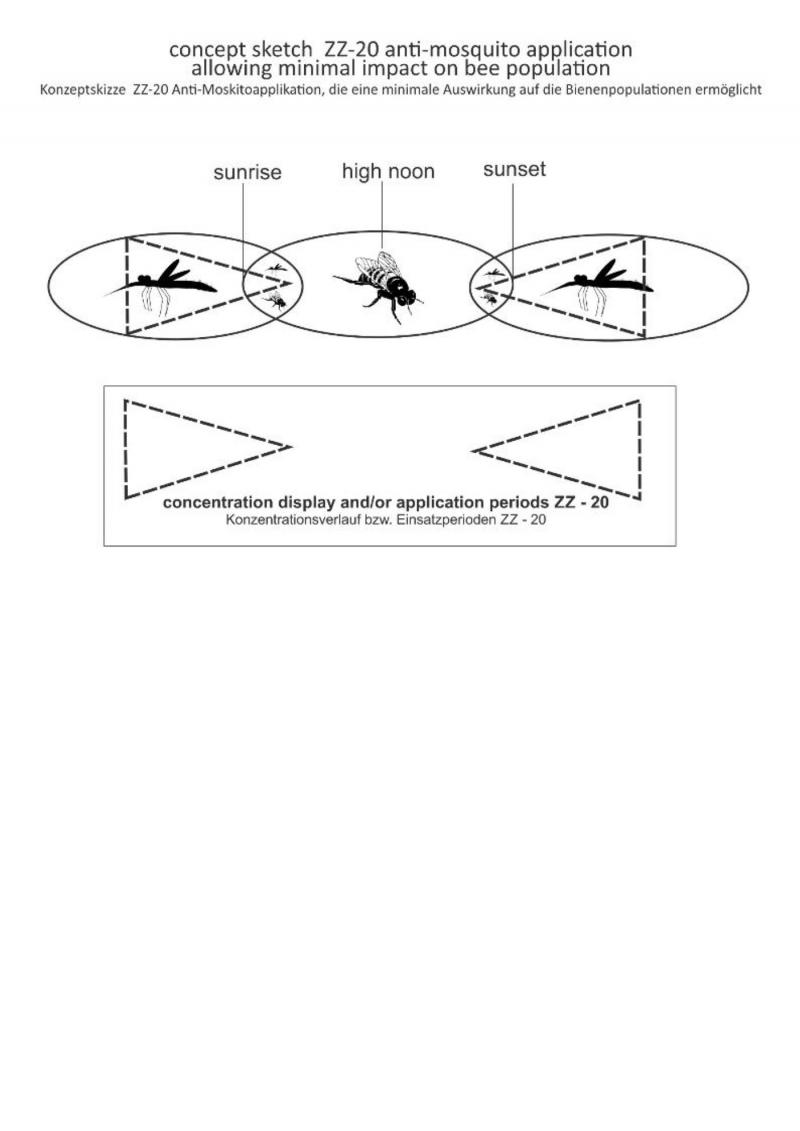 As soon as the use of insecticides or "insect control products" in general is discussed these days, the "question of bees" inevitably arises. "Does that stuff hurt the bees? Or "does the drug kill the bees too?" and/or any variation on these questions.
In the meantime, it seems that word has spread that not only climate change can eradicate mankind, but that the extinction of certain species of insects can sooner or later lead to the extinction of people on this planet.
If we are now in a race of consequences that have arisen from the probably greatest human mistakes (global environmental pollution and uncontrolled, global use of toxines in complex ecosystems), insect mortality or climate change, who can free the earth from mankind the quickest?
It is possible, but however, now that this has been recognised, we must face the situation and try to control it.
ZanderInventions is committed to this task and it is the firm intention of the company to counter these existential threats as best as we can and, for example, to replace traditional and environmentally hazardous substances in their application with environmentally compatible substances through further developments. This applies to us both for the areas of hygiene/disinfection, and for the areas of insect control.
Because of the mentioned question "about the bees", we concentrate on these:
We reformulate this question: "Does the biocide ZZ-20 (BAUA Reg.# N-84932) kill bees?"
Answer to this important question: "In principle yes. BUT
1.) ZZ-20 works reliably against ALL insects and for good reason. A means can only be used if it reliably and comprehensively fulfils its purpose. Insects are not too different from each other, they are species-spanning. For this reason, a conventional pesticide (e.g. DDT, DEET or herbicide like e.g. Glyphosate) can contaminate several species of insects and, if used over a long period of time, also exterminate them.
This characteristic is also taken into account by ZZ-20 and therefore ZZ-20 kills every bee that comes into contact with it.

2) WHY isn't that as bad as it reads?
Because bees and mosquitoes do not normally appear on scene whilst ZZ-20 is being applied against e.g. mosquitoes. Bees depend on the sun for orientation and thus fly around at times when mosquitoes hide. Mosquitoes generally fly around when bees are in the hive because they cannot orient themselves safely due to lack of sunshine.
Bees and mosquitoes do not meet in "their daily → routine". Thus, it is very unlikely that ZZ-20 will come into contact with a bee during its 35 minutes of effectiveness, as the application of ZZ-20 is aimed at avoiding such contact of useful insects with the deadly ZZ-20.
2a) In order to limit the negative impact of ZZ-20 on the environment, flora and fauna, in terms of time and location, ZZ-20 is adjusted to effectiveness of up to 35 minutes and then evaporates completely, thus leaving no toxic residues, which are responsible for the long-lasting consequential damage caused by the use of pesticides and in some cases herbicides which have caused mass deaths, up to nearly extinction-level, of insects and their predators.
These consequences are rendered almost impossible with ZZ-20.
3) Thus, the use of ZZ-20 against mosquitoes and other twilight and nocturnal insects is preferable to the use of conventional pesticides, as diurnal beneficial insects cannot be affected by ZZ-20.
In addition, ZZ-20 is harmless to humans, pets and farm animals and can be applied repeatedly until the desired result is achieved.
For the reasons given above, we do not see any danger to bee populations from the use of ZZ-20.“
The website www.zanderinventions informs about the biocide products of ZanderInventions, G. Zander. com (pz)

The family business ZanderInventions was continued by Gerhard Zander in Nuremberg from the former pest control company ABC-Insekt-Control, G. Zander. G. Zander has been internationally active as a pest controller for 33 years.
His experiences abroad, in Afghanistan and in Africa, among other issues on behalf of the UN, with the application of conventional, traditional pesticides and insecticides, let arise with Gerhard Zander the desire to develop environmentally compatible and harmless, for humans and animals, means for pest control operations. The idea to found ZanderInventions was born.
ZanderInventions is committed to the development and subsequent marketing of modern, environmentally friendly biocides for insect pest control and disinfection applications that are harmless to humans and animals, as well as environmentally compatible. The company cooperates with the chemist Sven Reichwagen, who is Head of Research and Development.
In the Philippines, ZanderInventions is currently testing biocides and application possibilities in order to stop the dengue fever plague there.