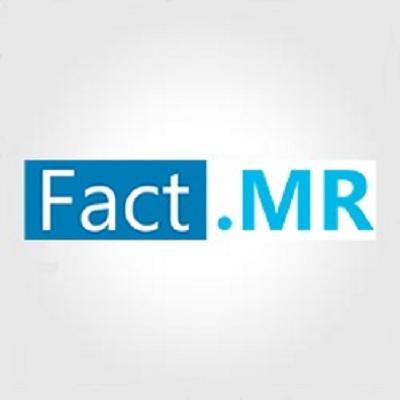 Fact.MR, in its latest study, tracks the growth trajectory of the global lithium-ion battery cathode market. The report suggests that lithium-ion battery cathode sales reached the volume of 235,439 tons in 2018, equivalent to the revenues worth ~US$ 4 Bn. Prominently fueled by the climbing sales of electric vehicles, the demand for Li-ion battery cathode will also be upheld by the emergence of new lithium-ion generation and convergence of cathode & lithium-ion battery across the globe. This Fact.MR study measures the leaps of lithium-ion battery cathode market for the historical period 2014-2018 and forecast period 2019-2029. An impressive CAGR of ~13% has been estimated for the lithium-ion battery cathode market landscape, through 2029.Get Free Exclusive PDF Sample Copy of This Report @ https://www.factmr.com/connectus/sample?flag=S&rep_id=3816Gains in market are likely to be driven by the undercurrents of numerous end-use industries and widening application base. Over the recent past, there has been a significant stride in the research & development activities for battery materials, including cathode, anode, electrolyte and separators. Significant increment in R&D investments have led cathode material for lithium-ion battery towards the increasing production and expanded sales, particularly among the automakers and consumer electronics manufacturers. However, in the backdrop of expeditious depletion of mineral reserves, followed by the emergence of new alternatives, it is highly likely that the lithium-ion sulfur batteries will account for the imbalance between opportunities and sales scale.The report opines that the solar home systems powered by lithium-ion batteries have been constantly gaining traction in developing countries of Asia Pacific and the Middle East & Africa, which will lubricate the infiltration of lithium-ion battery cathode in these markets over the coming years. Moreover, the study finds that a handful of countries – India, Philippines, Indonesia, Vietnam, Mexico, and Argentina – have been encountering challenges apropos of the raw material’s demand-supply mismatch, which has engendered the novel trend of ‘recycling’. As a sizeable pie of the manufacturing community continues to follow suit, recycling of lithium-ion batteries remains an influential trend aiding in securing the seamless raw material supply, while reducing the reliance on extraction and mining activities for mineral requisites.Opportunities for lithium-ion battery cathode manufacturers are also likely to remain influenced by the tightening regulatory scenario facing the automotive industry, which prominently includes fuel emission norms. As identified by the Fact.MR report, a notable surge in automotive production and sales will continue to work in favor of leading market players in the lithium-ion battery cathode space.Click to view the full report TOC, figure and tables: https://www.factmr.com/report/3816/lithium-ion-battery-cathode-marketDeveloping Regional Markets Reflect High Growth PotentialLithium-ion battery cathode sales are expected to remain concentrated in the legacy markets, i.e. China, Japan, South Korea, and the U.S., attributing to strong production footprint of industry giants in these countries. While this is being perceived to be an instrumental factor for manufacturers seeking to build their production and channelization strategies, Fact.MR’s conclusive analysis says that it will help companies widen their end user base and thereby expand the business footprint as well as the overall value chain at a global level.As per the report findings, lithium-ion battery cathode is likely to spectate a higher rate of adoption in the consumer electronics segment. As consumers’ quest for improved battery life remains open, manufacturers of consumer electronics operate under the stress to integrate batteries with compact size and increased lifespan. With the trends of ‘portability’ further infiltrating into the consumers’ space, adoption of lithium-ion battery cathode is more likely to grow at an exponential pace in the consumer electronics industry.Regional assessment of the lithium-ion battery cathode market reveals that East Asia will lead the way over the course of forthcoming years, on account of the high concentration of market players in China and Japan, expending their efforts towards innovating the landscape. Of late, there has been a substantial rise in the demand for lithium-ion battery cathode materials, especially from the fast-growing economies, such as China, Mexico, and India. South Korea, being one of the world’s leading lithium battery producing countries, is expected to emerge lucrative in the near future, driven by the country’s whopping investments in lithium resource projects. The government’s declaration of lithium as the country’s ‘strategic commodity’ will augur well for the li-ion battery manufacturers based in South Korea.Key players operating in the lithium-ion battery cathode market have been striving to consolidate their position by gaining reciprocal advantage from their equivalents through M&A activities. In addition, since efficiency remains an attractive proposition for lithium-ion battery cathode, manufacturers continue to leverage the prowess of technology to boost product lifespan.Make Enquiry Before Buying the Report @ https://www.factmr.com/connectus/sample?flag=AE&rep_id=3816Contact Us             Fact.MR 11140 Rockville Pike Suite 400 Rockville, MD 20852 United States Email: sales@factmr.com Web: https://www.factmr.com/ Blog: https://factmrblog.com/ Read Industry News at - https://mypeopletimes.com/About Fact.MRFact.MR is a fast-growing market research firm that offers the most comprehensive suite of syndicated and customized market research reports. We believe transformative intelligence can educate and inspire businesses to make smarter decisions. We know the limitations of the one-size-fits-all approach; that's why we publish multi-industry global, regional, and country-specific research reports.

10-24-2018 | Business, Economy, Finances, B …
Global Atetstation
China Attestation
China is a growing Asian country and day by day many people migrate into the country for pursuing their personal needs. But going into China is not an easy task, we have to face some legal steps ahead. Let us define all this legal action in a single word China attestation. China government placed its embassies all over the world for ensuring the trustworthiness of the immigrant’s certificate. There
08-02-2017 | Business, Economy, Finances, B …
ReportsWorldwide
Packaged Water in China
ReportsWorldwide has announced the addition of a new report title Packaged Water in China to its growing collection of premium market research reports. Packaged Water in China industry profile provides top-line qualitative and quantitative summary information including: market share, market size (value and volume 2011-15, and forecast to 2020). The profile also contains descriptions of the leading players including key financial metrics and analysis of competitive pressures within the market. Synopsis: Essential resource
06-08-2017 | Energy & Environment
ReportsWorldwide
Agrochemicals Market in China
ReportsWorldwide has announced the addition of a new report title China: Agrochemicals: Market Intelligence (2016-2021) to its growing collection of premium market research reports. The report “China: Agrochemicals: Market Intelligence (2016-2021)” provides market intelligence on the different market segments, based on type, active ingredient, formulation, crop, and pest. Market size and forecast (2016-2021) has been provided in terms of both, value (000 USD) and volume (000 KG) in the report. A
05-29-2017 | Advertising, Media Consulting, …
Color Steel Tile Market
Global Color Steel Tile Market 2017 - South China, East China, Southwest China, …
Color Steel Tile Market Research Report A market study based on the " Color Steel Tile Market " across the globe, recently added to the repository of Market Research, is titled ‘Global Color Steel Tile Market 2017’. The research report analyses the historical as well as present performance of the worldwide Color Steel Tile industry, and makes predictions on the future status of Color Steel Tile market on the basis
04-11-2017 | IT, New Media & Software
Big Market Research Report by BMR
Telecom Cloud Billing Services Explore In Regions (South China, East China, Sout …
Big Market Research has added a report, titled, “China Telecom Cloud Billing Services Market Size, Status and Forecast 2022.” The report offers an extensive information and analysis of sales, production, revenue, key manufacturers, drivers & opportunities, and competitive scenario. Moreover, current industry trends and growth prospects are explored along with thorough analysis of each segment for the historic period, 2012–2017 and the forecast period, 2017–2022. The research also offers insights
02-15-2017 | Business, Economy, Finances, B …
ReportBazzar
Restaurant Markets in China
China’s demand for Restaurant has grown at a fast pace in the past decade. In the next decade, both production and demand will continue to grow. The Chinese economy maintains a high speed growth which has been stimulated by the consecutive increases of industrial output, import & export, consumer consumption and capital investment for over two decades. This new study examines China’s economic trends, investment environment, industry development, supply
Comments about openPR
OpenPR is clearly structured and remains true to its principle of confining itself to the essential parts. OpenPR has proven to be a very good and reliable partner to our media agency: Within the shortest time the releases are online and go down well with the media representatives. The success of OpenPR is reflected in the steadily increasing number of press releases. It is good that OpenPR exists!
Ursula Koslik, Director Marketing & PR, F+W Hamburg