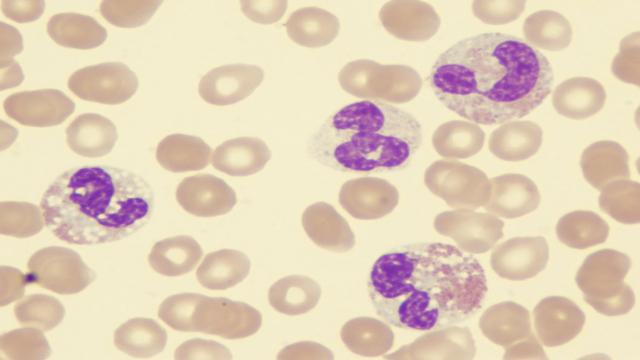 Myelodysplastic syndrome (MDS) is a disorder, which affects the bone marrow and produces immature blood cells. Bone marrow failure leads to lowering the levels of healthy blood cells circulation in the bloodstream. According to Seattle Cancer Care Alliance, around 80%-85% of people with MDS have more cells in their bone marrow than healthy people. According to National Organization for Rare Disorders, MDS deteriorates into a form of cancer in around 30% of the patients, known as Acute Myeloid Leukemia (AML). MDS is most commonly found in aging population and remains an incurable disease in majority of patients. According to the American Cancer Society, over 13,000 new cases of MDS occur in the U.S. every year. This is expected to drive the growth of myelodysplastic syndrome treatment market. Hypomethylating drugs such as azacitidine and decitabine help stimulate blood cells to mature and improve blood cell production in MDS.Request For a Sample Copy of This Business Report : https://www.coherentmarketinsights.com/insight/request-sample/775Market DynamicsAccording to the American Society of Hematology, in 2016, prevalence of MDS ranged from 0.22-13.2 per 100,000, on all age categories and ethnicities globally. Increasing public awareness about the disease and introduction of new treatment for MDS will drive the growth of the market. Furthermore, growing aging population is analyzed to be a major factor propelling the growth of myelodysplastic syndrome treatment market. According to NCBI, 2012, the incidence of MDS increases significantly with age and the disease is most prevalent in males. Besides, companies such as Celgene and Novartis, who offer innovative brands in this market would be able to combat the loss of share, post patent expiry through their pipeline molecules expected to be launched during the forecast period.Endeavor to introduce highly effective therapies for various MDS types would support the market growthMajor pharmaceutical organizations such as Celgene are investing major amounts in research and development of MDS specific drugs and many of their drugs are showing potential in the clinical trials as shown in the table no.1. Furthermore, in 2016, Opsona Therapeutics Ltd. received orphan drug designation for its OPN-305 humanized IgG4 monoclonal antibody for MDS treatment. Also, after Celgene lost its U.S. exclusivity for Vidaza, many generic formulations have entered in the market for Vidaza and Natco Pharma is also expected to launch generic version of Vidaza in 2017, which will further boost myelodysplastic syndrome treatment market.Key players operating in the myelodysplastic syndrome treatment market include Celgene, Novartis, and Otsuka. Some of the other market players are Astellas, Astex, Acceleron Pharma, Onconova Pharmaceuticals, GlaxoSmithKline, Eli-Lilly, and CTI Biopharma.Get The PDF Brochure : https://www.coherentmarketinsights.com/insight/request-pdf/775Increasing knowledge about the disease and its symptoms with advanced methods and techniques for early diagnosis and treatment for various forms of the disease is fuelling the market growth. The American Cancer Society estimates that, about 1/3rd of the MDS patients can rapidly advance to cancer of bone marrow cells called as acute myeloid leukemia. Thus, increased understanding of the pathology of the syndrome is directing the research towards developing more specialized and symptom based treatments with effective costs, so that majority of the MDS patients can avail these benefits.The genetic transformations associated with the disease and biologics of the MDS is being explored. Diagnosis and treatment options are being researched at various standard cancer research centers. Mutations of TP53, TET2, and DNMT3A have been identified as possible MDS patients with shorter OS after allogenic HSCT which suggests the need of alternative treatment options than transplantation.Extensive research studies are being performed on existing treatment options such as chemotherapy, immune suppression, targeted therapy, stem cell transplant, and drugs to raise platelet counts such as Romiplostim (Nplate), which is used as a therapy for a disease called as Immune thrombocytopenic purpura (ITP). However, recent studies reports to have increased platelet counts in people with MDS according to the American Cancer Society.Contact Us:Mr. Shah Coherent Market Insights 1001 4th Ave, #3200 Seattle, WA 98154 Tel: +1-206-701-6702 Email: sales@coherentmarketinsights.comAbout Coherent Market Insights:Coherent Market Insights is a prominent market research and consulting firm offering action-ready syndicated research reports, custom market analysis, consulting services, and competitive analysis through various recommendations related to emerging market trends, technologies, and potential absolute dollar opportunity.

08-04-2020 | Health & Medicine
HTF Market Intelligence Consulting Private Limited
Healthcare M2M Market to See Huge Growth by 2025 | Athenahealth, McKesson, Amazi …
The Latest research study released by HTF MI “Global Healthcare M2M Market” with 100+ pages of analysis on business Strategy taken up by key and emerging industry players and delivers know how of the current market development, landscape, technologies, drivers, opportunities, market viewpoint and status. Understanding the segments helps in identifying the importance of different factors that aid the market growth. Some of the Major Companies covered in this Research
04-19-2019 | Health & Medicine
Myeloidysplastic Syndromes (MDS) – Pharma Proff
Myeloidysplastic Syndromes (MDS) – Epidemiology Insights (2016-2028)
Myeloidysplastic syndromes (MDS) can be described as a group of hematologic malignancies, that occurr due to abnormality in blood-forming cells in the bone marrow. It is a rare blood cancer and can be mild, moderate or severe, in terms of severity. Download the sample report @ https://www.pharmaproff.com/request-sample/1162 This syndrome can be classified into three main types: MDS with single lineage dysplasia wherein a single type of blood cell appears abnormal; multilineage
01-08-2019 | IT, New Media & Software
QYresearchreports
Top Scenario: Healthcare CRM Market By Key Players: Allscripts, Cerner, e-MDs, C …
Qyresearchreports include new market research report Healthcare CRM to its huge collection of research reports. Healthcare CRM, also known as Healthcare Relationship Management, is a broadly used term for a Customer relationship management system In 2017, the global Healthcare CRM market size was xx million US$ and it is expected to reach xx million US$ by the end of 2025, with a CAGR of xx% during 2018-2025. This report focuses on the global
08-14-2018 | Health & Medicine
Coherent Market Insights
Myelodysplastic Syndrome (MDS) Treatment Market Industry Forecast till 2025
Myelodysplastic (MDS) syndrome is a type of bone marrow disorder, where bone marrow is unable to produce healthy and mature blood cells. The immature blood cells called as blasts, get stored in the bone marrow and blood and obstruct the natural function of the hematological system which results in depletion of healthy red blood cells, platelets, and white blood cells. Myelodysplastic syndrome is usually seen in geriatric population and more
03-08-2018 | Health & Medicine
Market Research Hub
Global Myelodysplastic Syndrome (MDS) Therapeutics Market Size, Trends, Analysis …
An up-to-date research report has been disclosed by Market Research Hub highlighting the title “2018-2025 Report on Global and United States Myelodysplastic Syndrome (MDS) Therapeutics Market Status and Forecast, by Players, Types and Applications” which provides an outlook of current market growth as well as the expected forecast including Rate on Investment (ROI) together with growing CAGR near XX% during 2018-2025. The report studies myelodysplastic syndrome therapeutics in global market,
10-03-2017 | Health & Medicine
Coherent Market Insights
Myelodysplastic Syndrome (MDS) Treatment Market - Global Industry Insights 2025
Myelodysplastic syndrome (MDS) is a disorder, which affects the bone marrow and produces immature blood cells. Bone marrow failure leads to lowering the levels of healthy blood cells circulation in the bloodstream. According to Seattle Cancer Care Alliance, around 80%-85% of people with MDS have more cells in their bone marrow than healthy people. According to National Organization for Rare Disorders, MDS deteriorates into a form of cancer in around
Comments about openPR
I can't but agree to the positive statements about your portal: easy to use, clear layout, very good search function, and quick editing!
Jens O'Brien, Borgmeier Media Communication