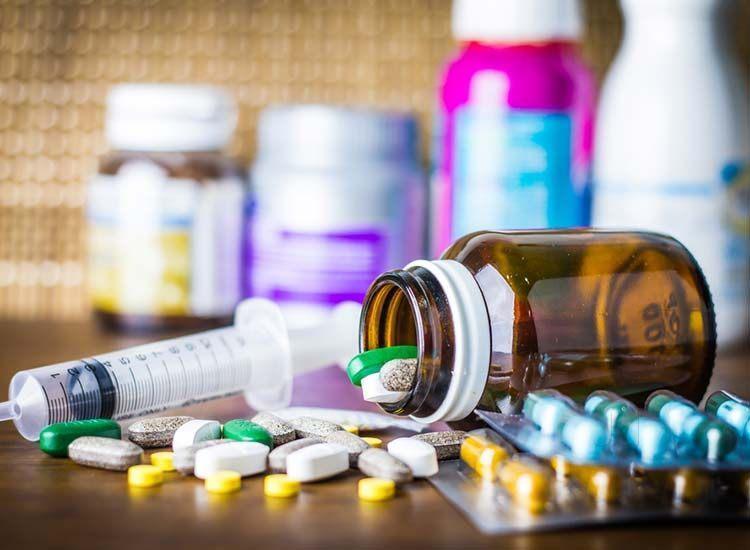 Myelodysplastic (MDS) syndrome is a type of bone marrow disorder, where bone marrow is unable to produce healthy and mature blood cells. The immature blood cells called as blasts, get stored in the bone marrow and blood and obstruct the natural function of the hematological system which results in depletion of healthy red blood cells, platelets, and white blood cells. Myelodysplastic syndrome is usually seen in geriatric population and more often in older men than women. This syndrome is characterized by certain chromosomal mutations in Janus Kinase gene which include deletion of q arm in one or more chromosomes and complete deletion of chromosome 5 or 7 and an extra copy of chromosome 8. There are various types of myelodysplastic syndrome such as refractory cytopenia with unilineage dysplasia and refractory anemia with ringed sideroblasts among others. Approved drugs for MDS include Vidaza (Azacitidine), Revlimid (Lenalidomide), Decitabine (Dacogen), and Deferasirox (Jadenu). Revlimid (Lenalidomide) patent for MDS indication will be expiring in 2023. A number of generic azacitidine-based products for MDS are launched in the global market.Request Sample Copy of this Business Report @ https://www.coherentmarketinsights.com/insight/request-sample/775Rising implications associated with myelodysplastic syndrome are expected to affect the myelodysplastic syndrome treatment marketAccording to the American Cancer Society, the incidence rate for myelodysplastic syndrome is 13,000 new cases each year which happens at a rate of 4.8 cases per 100,000 people. This trend is heavily affected or rather influenced by the average age of the population which, according to the World Health Organization (WHO), is increasing and is expected to double from 12% to 22% between 2015 and 2050. Furthermore, according to the American Society of Clinical Oncology (ASCO), age plays an important role in the occurrence of myelodysplastic syndrome as most of the people diagnosed with the disease are of age 65 and older. These factors are expected to boost the myelodysplastic syndrome treatment.The global myelodysplastic syndrome treatment market was valued at US$ 2,213.2 million in 2017 and is expected to witness a CAGR of 12.7% during the forecast period (2017 – 2025).Endeavor to introduce highly effective therapies for various MDS types would support the market growthMajor pharmaceutical organizations such as Celgene are investing major amounts in research and development of MDS specific drugs and many of their drugs are showing potential in the clinical trials as shown in the table no.1. Furthermore, in 2016, Opsona Therapeutics Ltd. received orphan drug designation for its OPN-305 humanized IgG4 monoclonal antibody for MDS treatment. Also, after Celgene lost its U.S. exclusivity for Vidaza, many generic formulations have entered in the market for Vidaza and Natco Pharma is also expected to launch generic version of Vidaza in 2017, which will further boost myelodysplastic syndrome treatment market.Increasing knowledge about the disease and its symptoms with advanced methods and techniques for early diagnosis and treatment for various forms of the disease is fuelling the market growth. The American Cancer Society estimates that, about 1/3rd of the MDS patients can rapidly advance to cancer of bone marrow cells called as acute myeloid leukemia. Awareness initiatives to lead to early diagnosis and treatmentFurthermore, governmental organizations and drug manufacturing companies are spreading awareness about the disease with various ways, such as by providing funding and conducting awareness programs. MDS International Foundation is one such organization which is supporting the patients through various ways be it treatment or psychological support. Furthermore EvansMDS a funding initiative of the Edward P.Evans Foundation has awarded $45 Mn since 2011 for research specifically focused on MDS and AML.Ask for customization @ https://www.coherentmarketinsights.com/insight/request-customization/775Key players operating in the myelodysplastic syndrome treatment market include Celgene, Novartis, and Otsuka. Some of the other market players are Astellas, Astex, Acceleron Pharma, Onconova Pharmaceuticals, GlaxoSmithKline, Eli-Lilly, and CTI Biopharma.Coherent Market Insights is a prominent market research and consulting firm offering action-ready syndicated research reports, custom market analysis, consulting services, and competitive analysis through various recommendations related to emerging market trends, technologies, and potential absolute dollar opportunity.Mr. Shah Coherent Market Insights 1001 4th Ave, #3200 Seattle, WA 98154 Tel: +1-206-701-6702 Email: sales@coherentmarketinsights.com