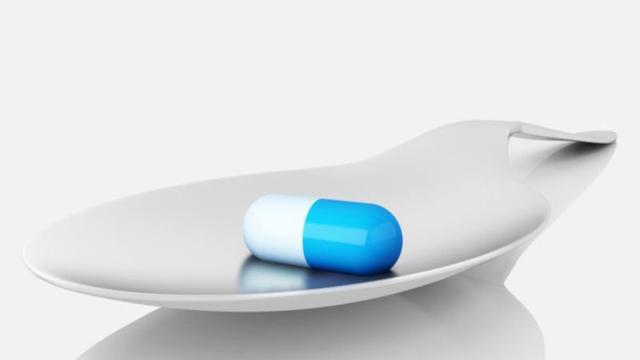 Orlistat is a drug designed to treat obesity. Primary function of Orlistat is to prevent absorption of fat from the diet consumed by humans. It prevents absorption of fats by acting as lipase inhibitors, which eventually reduce the calorie intake. Orlistat works by inhibiting pancreatic and gastric lipases, pancreatic and gastric enzymes breakdown triglycerides in the intestine. When activity of lipase is blocked, triglycerides from the diet are not hydrolyzed into absorbable-free fatty acids, instead remain unchanged. Orlistat also helps in reducing blood pressure and prevents the onset of type 2 diabetes in obese people. Orlistat medication does not allow one to regain lost weight and does not block the absorption of fats from non-fat foods and sugar.Ask For Sample Copy : https://www.coherentmarketinsights.com/insight/request-sample/1878Orlistat Market drivers:-Increasing number of awareness campaigns for weight management is expected to be a major driver for Orlistat market growth. For instance, in 2013, Roche Holding AG, a pharmaceutical company, launched its new campaign ‘New You Weight Consciousness Advocacy Campaign’, with an aim to increase awareness among the populace regarding obesity and its treatment options. Such awareness campaigns is expected increase the adoption of weight management medication treatments, which in turn, is expected to boost growth of the Orlistat market size.Re-launch of Orlistat products is expected to drive the market growth. For instance, in February 2018, H2 Pharma, LLC. partnered with Cheplapharma Arzneimittel GmbH and re-launched Xenical Capsules, which was acquired from F.Hoffman-La Roche. Xenical capsules were re-launched to increase awareness regarding medication related to weight management, this in turn, is expected to boost orlistat market growth.Robust pipeline is expected to boost the market growth over the forecast period. For instance, orlistat by University of Texas South Western Medical center is in phase 2 since 2015. Orlistat is used for the treatment of hyperlipoproteinemia type 1. Hyperlipoproteinemia type 1 is caused due to deficiency of lipoprotein lipase. SLx-4090 by University of Texas South Western Medical center is in phase 2 to study its effectiveness in combination with Orlistat. SLx-4090 is used to treat high blood fat level mostly observed in hyperlipoproteinemia type 1 patients.Rising prevalence of obesity is expected to fuel orlistat market growth. According to a survey conducted by National Family Health Survey in 2015, in India, over 9.8 million men and over 20 million women were recorded to be obese. India stands second-highest in the world for obese children, with the number constantly increasing by 3-5 million patients every year.Orlistat Market Key Players:-Key players operating in the Orlistat market include Roche Holding AG, GlaxoSmithKline, Teva Pharmaceutical Industries Ltd, Sandoz Pharmaceuticals, STADA–VN J.V. Co., Ltd., Hexal AG., National Company for Pharmaceutical Industry, Lunan Pharmaceutical group Corporation Ltd., ZEIN Pharmaceutical Co. Ltd., HISUN Pharmaceuticals Co. Ltd., Taj Pharmaceuticals Ltd., D.M. Pharma, China Zhongshan Pharma Co. Ltd., and Kabir Life Sciences and Research Pvt. Ltd.Get The PDF Brochure of This Business Report : https://www.coherentmarketinsights.com/insight/request-pdf/1878North America is expected to hold a dominant position in the global orlistat market, owing to high prevalence of obesity in the region. According to a study conducted by National Institute of Health in 2016, over 38% of adults aged 20 years and above are obese, over 17.2% of children aged 7 years and above are obese, and over 30% of the population is considered to be overweight in the U.S. According to a study conducted by World Health Organization, in 2015, over 40 million children aged 5 years and above were overweight in the U.S. Thus, high prevalence of obesity is expected to fuel North America Orlistat market growth over the forecast period.Europe Orlistat market is expected to show significant growth due to expected launch of new generic version of Orlistat over the forecast period. For instance, in 2011, Teva Pharmaceutical Industries Ltd., launched generic version of Xenical Capsules in the U.K., which was manufactured by Roche Holding AG. Xenical Capsules is used for the treatment of obesity as well as for those whose BMI is greater than or equal to 30kg/m2 and overweight patients. This in turn, is expected to boost Orlistat market growth, as the drug seems more affordable thus, being accessible to a large pool of patients.Contact Us:Mr. Shah Coherent Market Insights 1001 4th Ave, #3200 Seattle, WA 98154 Tel: +1-206-701-6702 Email: sales@coherentmarketinsights.comAbout Coherent Market Insights:Coherent Market Insights is a prominent market research and consulting firm offering action-ready syndicated research reports, custom market analysis, consulting services, and competitive analysis through various recommendations related to emerging market trends, technologies, and potential absolute dollar opportunity.

02-24-2022 | Business, Economy, Finances, B …
Hunan Huateng Pharmaceutical Co. Ltd.
The Basic Information About Orlistat
According to statistics from the World Health Organization (WHO), nearly 2 billion people are overweight or obese worldwide. Every year, overweight or obesity causes 2.8 million deaths. What 's Orlistat ? Orlistat is a lipase inhibitor used in the treatment of obesity that works by inhibiting fat-metabolizing enzymes. It was originally approved by the FDA in 1999 as the prescription drug Exenical, was approved in 2007 as the over-the-counter
08-25-2021 | Health & Medicine
Marketsandresearch.biz
Global Orlistat Market 2021 Industry Dynamics, Segmentation and Competition Anal …
MarketsandResearch.biz has introduced a new report titled Global Orlistat Market Growth 2021-2026 into its database that’s shaped by the means of primary and secondary research processes. The report comprises a detailed study of the along with the industry trends, size, share, growth drivers, challenges, competitive analysis, and revenue. The report includes an analysis of the overall global Orlistat market competition as well as the product portfolio of major players functioning in the market.
08-30-2018 | Health & Medicine
Worldwide Market Reports
Orlistat Market Market - Size, Share, Outlook, and Forecast till 2026
Orlistat is a drug that is used to treat obesity by preventing the absorption of fats from human diet. It acts as a lipase inhibitor to carry out this process and therefore, the caloric intake is reduced. This drug is usually used along with a healthcare provider-supervised reduced-calorie diet. Orlistat, a saturated derivative of lipstatin, was chosen for the development of an anti-obesity drug due to its simplicity and stability.
08-16-2018 | Health & Medicine
Coherent Market Insights
Orlistat Market: Overview with Detailed Analysis, Competitive landscape Forecast …
Orlistat Market report 2018-2026 focuses on the major drivers and restraints for the key players. These research report also provides granular analysis of the market share, segmentation, revenue forecasts and geographic regions of the market. The Orlistat market research report is a professional and in-depth study on the current state of Orlistat Industry. The Orlistat Market research report covers the present scenario and the growth prospects of the global Orlistat industry
12-04-2017 | Business, Economy, Finances, B …
QY Research Groups
Orlistat Market 2017: Keyplayers Roche, GSK group, Teva, Sandoz(Novartis)
QY Research Groups has published its new and latest market report based on thorough research on the Orlistat Market . This detailed, all-inclusive report renders an integrated approach to growth of the market along with an elaborate and accurate analysis of the complete competitive situation of this market on a global level with the key market trends and newest technologies, being a major part in the market’s growth during the
11-20-2017 | Health & Medicine
Research Trades
Orlistat Market to Witness A Pronounce Growth during 2022 Forecast in Top Countr …
The “Global Orlistat Market Research Report” is a professional and in-depth study on the current state of the Orlistat Market. The study offers an insight into current and future market trends, key drivers and restraints, market strategies of key market players along with detailed segmentation and forecast. The study offers industry overview by covering basic aspects such as product definition and classification, market size and share of segments and sub-segments.
Comments about openPR
OpenPR is clearly structured and remains true to its principle of confining itself to the essential parts. OpenPR has proven to be a very good and reliable partner to our media agency: Within the shortest time the releases are online and go down well with the media representatives. The success of OpenPR is reflected in the steadily increasing number of press releases. It is good that OpenPR exists!
Ursula Koslik, Director Marketing & PR, F+W Hamburg