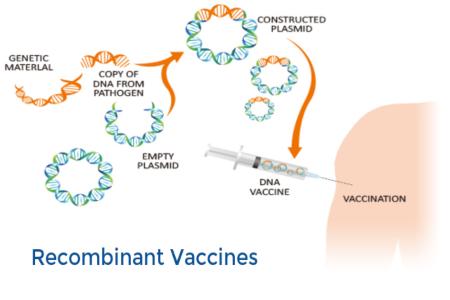 The global recombinant vaccine market was valued at US$ 830.2 million in 2016 and is expected to witness a robust CAGR of 6.0% during the forecast period (2017 – 2025). Recombinant vaccines are produced using recombinant DNA technology, with the help of a vector. These vaccines stimulate the immune system of an individual and provide immunity against various lethal disease. These vaccines are safe and have less or no side-effects as compared to conventional vaccines, in the prevention of various diseases such as influenza, cholera, typhoid, and dengue. Recombinant vaccines are also used in animals for prevention of diseases such as foot and mouth disease, pneumonia and septicemia, and pox disease. Ask For Sample Copy of This Business Report @ https://www.coherentmarketinsights.com/insight/request-sample/455Vaccination results in the prevention of disease, by producing antibodies against the protein antigen of pathogenic microorganisms. There is increase in the demand for livestock products, which in turn has increased growth of the animal recombinant vaccine segment and Europe dominates the animal recombinant vaccines market as compared to other regions due to highly organized livestock and huge demand of livestock product for the European population. According to Global Agriculture report, there were around 315 million tons of meat produced worldwide in 2014 and expected to increase to 318.8 million tons in 2015.Market DynamicsThe recent past has witnessed a steady rise in incidence of zoonotic and infectious diseases in humans and animals as well, which lead to the increased research & developments for the innovation of new and effective recombinant vaccines for the prevention of diseases. Government has also taken an initiative to increase awareness regarding vaccination to prevent diseases in community. Manufacturing companies have also started some beneficial programs to provide vaccination free of cost to poor people, which creates a highly conducive environment for growth of the recombinant vaccines market in near future.Increase in the incidence of zoonotic diseases and emerging technologies expected to support the growth of recombinant vaccines marketThere is a constant increase in diseases caused by bacteria or virus such as swine flu, malaria, HPV and other diseases, which has raised the demand of vaccination and lead to the eradication of diseases such as polio, and tetanus in few countries. Whit the development in technology there is development in vaccines, which are more effective than conventional vaccines and does not lead to any side effect. These vaccines are easy to administer in the body orally, intramuscular or intradermal. In the U.S. there were around 212 million malaria cases and 429,000 deaths from malaria is reported in 2015. According to Centers for Disease Control and Prevention report 2017, in the U.S. there were around 49.9% of the children between the ages of 6 months to 17 years received an influenza vaccine.Some major key players in the recombinant vaccines market include Merck & Co. Inc., Novartis AG, Protein Science Corporation, GlaxoSmithKline Plc., Green Cross Corporation, Bayer AG, Sanofi S A, Pfizer Inc., and Bharat Biotech. Talk To Analyst @ https://www.coherentmarketinsights.com/insight/talk-to-analyst/455Continuous investment in research & development for the development of new vaccines and increased awareness and pet adoption are expected to fuel the growth of recombinant vaccinesThere are various companies working on the development of vaccine for various disease, which have affected human beings in short span of time such as Ebola, Zika, and H1N1 flu. The companies also working for the development of cancer vaccines different type of cancer includes lung cancer, blood cancer, skin cancer, bladder cancer, brain cancer, kidney cancer, prostate cancer, solid tumors cancer , breast cancer are the target area for recombinant vaccine development, which may expected to support the growth of recombinant vaccine market in the near future.Contact Us:Mr. Shah Coherent Market Insights 1001 4th Ave, #3200 Seattle, WA 98154 Tel: +1-206-701-6702 Email: sales@coherentmarketinsights.comAbout Coherent Market Insights:Coherent Market Insights is a prominent market research and consulting firm offering action-ready syndicated research reports, custom market analysis, consulting services, and competitive analysis through various recommendations related to emerging market trends, technologies, and potential absolute dollar opportunity.

03-14-2022 | Advertising, Media Consulting, …
Impeccable Market Research
Global Recombinant Vaccines Market Segmentation, Business Analysis and Forecast …
Global Recombinant Vaccines Market Analysis 2022-2028 Report provides strategists, marketers and senior management with the critical information they need to assess the global Recombinant Vaccines Market as it emerges from the Covid-19 shut down. The impact of Coronavirus (COVID-19) on global market has reinforced many trends already shaping the industry pre COVID-19, There is a long-term trend towards the repositioning of players as entertainment providers on multiple platforms. This study provides
02-08-2022 | Business, Economy, Finances, B …
Impeccable Market Research
Recombinant Protein Market Size, Share | Recombinant Protein Industry Future Gro …
Global Recombinant Protein Market Report provides a detailed industry overview along with the analysis of Cost Structure, Supply Chain, Development Techniques, Retailers Analysis, Financial Support, business Strategies, Marketing Channels. Global Recombinant Protein Market research report provides a point-by-pointIn-Depth analysis of global market size, regional and country-level market size, segmentation market growth, market share, competitive Landscape, sales analysis, the impact of domestic and global market players, value chain optimization, trade regulations,
03-09-2021 | Health & Medicine
Coherent Market Insights
Human Recombinant Insulin Market Growth Analysis
"Industry analysis is a crucial step in the current competitive market space that helps identify the right target customers and accordingly provide tailored solutions for their business needs. Every aspect and unique challenges put up by the particular industry are carefully taken into consideration while formulating these solutions. It also takes into consideration various government reforms, competitive environment, customer behavior, existing and upcoming business models, and ever-evolving technological developments. Industry
03-11-2019 | Health & Medicine
Market Density
United States Recombinant Vaccine Market Report
In this report, the United States Recombinant Vaccine market is valued at USD XX million in 2017 and is expected to reach USD XX million by the end of 2025, growing at a CAGR of XX% between 2017 and 2025. Geographically, this report splits the United States market into seven regions: The West Southwest The Middle Atlantic New England The South The Midwest with sales (volume), revenue (value), market share
11-23-2018 | Advertising, Media Consulting, …
Research Report Insights
Recombinant Proteins Market 2022 | Recombinant Proteins Market: Global Industry …
Recombinant proteins play an imperative role in treating various diseases, such as hemophilia. Majority of the recombinant proteins used are human proteins, in order to compensate the functional proteins in vivo defects by increasing the protein function in a body. This Research Report Insights analyzes the expansion of global recombinant protein market till date, and provides key insights on the growth of the market during the forecast period, 2017-2022. The next
11-19-2018 | Health & Medicine
Coherent Market Insights - Biotechnology
Recombinant DNA Technology Market -
Recombinant DNA technology has allowed the transfer of desired characteristics which is useful to improve the existing systems by controlling expression of target genes. Recombinant DNA technology allows mass production of therapeutic proteins, which are characterized by high level of consistency and stability. The technology has multidisciplinary applications and potential to deal with important aspects of life, for instance, improving health, and enhancing food resources. The genetically modified plants have
Comments about openPR
OpenPR is clearly structured and remains true to its principle of confining itself to the essential parts. OpenPR has proven to be a very good and reliable partner to our media agency: Within the shortest time the releases are online and go down well with the media representatives. The success of OpenPR is reflected in the steadily increasing number of press releases. It is good that OpenPR exists!
Ursula Koslik, Director Marketing & PR, F+W Hamburg