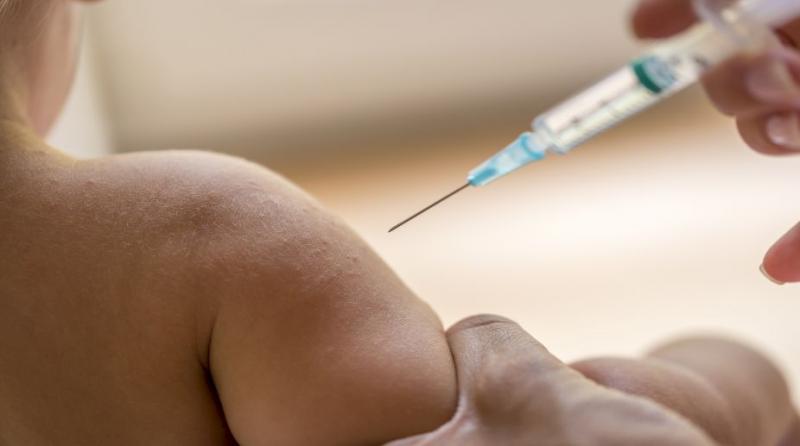 Shigella is a gram-negative pathogenic enterobacteria that causes severe diarrhea and dysentery in humans. Symptoms associated with Shigella infection includes fever, stomach pain, tenesmus, watery diarrhea, vomiting, dehydration, and convulsions. Various strains of Shigella are encompassed, such as S. dysenteriae, S. flexneri, S. sonnei and S. boydii. Each species of Shigella has different serotypes classified on the basis of the structure of O-antigens repeats that are the polysaccharides moiety of the lipopolysaccharide, a virulence factor consist of toxic lipid. According to the Centers for Disease Control and Prevention (CDC), in 2013, the average annual incidence of shigellosis in the U.S. was around 5 cases per 100,000 individuals. Bacillary dysentery with brutal epidemics are caused by S. dysenteriae by the production of shiga toxins whereas, the endemic form of disease is caused by the S. flexneri and S. sonnei. The bacillary dysentery is accompanied with fever, rectal inflammation, and abdominal cramps.According to World Health Organization (WHO), nearly one million people die from Shigella infection annually. Moreover, the high incidence rate is seen among children less than five years age, travelers, and military personnel from industrialized economies. Shigella species have been identified from centuries and it represents a major threat to public health, due to non-availability of licensed vaccine and thus affecting overall Shigella vaccines market. Request A Sample Copy: https://www.coherentmarketinsights.com/insight/request-sample/1110Developing vaccine against Shigella infections is difficult, due to the diversity of Shigella species and their serotypes. Shigella genome is continuously modified by deletion and acquisition of genes mediated by the mobile genetic elements, such as plasmids, insertion sequences, and integrons. These modifications are the major foundation for the generation of novel antibiotic resistant strains and it also leads to the formation of novel Shigella serotype variants. Centers for Disease Control and Prevention (CDC) in April 2017, warned the physicians and public health officials in the U.S. by stating that the recent strains of Shigella bacteria shows the reduced susceptibility to ciprofloxacin, which is one of the main antibiotics recommended by WHO for the treatment of shigellosis.Geographically, S. flexneri is the most frequent species occurred worldwide accounting for most cases in emerging economies. Whereas, the S. sonnei is prevalent in Brazil, China, Vietnam, and Bangladesh, due to rapid industrialization of these economies. The primary prevention of Shigella is based on the universal provision of portable sanitation and water methods along with personal and food hygiene. However, a low cost and effective vaccine would accelerate disease reduction across the globe. Joint ventures and collaborations of major players to develop and commercializes the vaccine are expected to propel the Shigella vaccines market in near future Joint ventures and partnership of the players to develop and commercialize Shigella vaccine is expected to provide momentum to the Shigella vaccines market. For instance, in March 2017, Hilleman Laboratories, a non-profit organization established with joint venture partnership between Merck & Co., and Wellcome Trust has entered into an agreement with National Institute of Cholera and Enteric Disease (NICED) for the development and commercialization of vaccines against Shigella by 2024. Besides, in June 2016, Immuron- an Australian biopharmaceutical company entered into an agreement to produce Shigella vaccine with the U.S Army’s biomedical research lab-Walter Reed Army Institute of Research (WRAIR).Prokarium and Probiomed in January 2017, collaborated to manufacture orally-administrated vaccine to prevent diarrhea. The new vaccine is expected to be manufactured as a part of two-year collaboration having thermostable capabilities for a longer period. The new vaccine is expected to be delivered to the people living in the remote areas. Thermostable vaccine, which is manufactured approximately one third of the price of the conventional injectable vaccines helps to facilities the growth of Shigella vaccines market.The new research trial drives the Shigella vaccines marketThe University Of Maryland School Of Medicine (UM SOM) in August 2017 received US$ 2.47 Million grant from the National Institute of Allergy and Infectious Diseases (NIAID) to develop vaccine against Shigella and Enterotoxigenic Escherichia coli (ETEC) for the treatment of diarrheal disease. The researchers in the UM SOM’s Center for Vaccine Development (CVD) have developed Shigella-ETEC prototype vaccine, which has been tested in animals successfully. Moreover, the latest funding helps to translate prototype to a human vaccine for Phase 1 clinical trials.The key players present in the global shigella vaccines market include MSD Wellcome Trust Hilleman Laboratories Pvt. Ltd., Novartis (Novartis Vaccines Institute for Global Health), and GlaxoSmithKline plc.Get PDF Brochure of This Business Report: https://www.coherentmarketinsights.com/insight/request-pdf/1110Contact Us: Mr.Shah Coherent Market Insights 1001 4th Ave, #3200 Seattle, WA 98154 Tel: +1-206-701-6702 Email:sales@coherentmarketinsights.comAbout Coherent Market Insights: Coherent Market Insights is a prominent market research and consulting firm offering action-ready syndicated research reports, custom market analysis, consulting services, and competitive analysis through various recommendations related to emerging market trends, technologies, and potential absolute dollar opportunity.

12-14-2021 | Health & Medicine
Coherent Market Insights
Shigella Vaccines Market Huge Growth in Future Scope 2021-2028 | Cochlear Limite …
The Shigella Vaccines Market report aims to convey an inexpensive understanding of the business which has been analyzed by using primary and secondary research strategies. the main purpose of this Shigella Vaccines Market report is to supply an in-depth view and strategic analysis of the parent industry. The report examines each segment also as their respective sub-segments present within the market in an all-inclusive manner. The report provides a deep
01-22-2021 | Health & Medicine
Coherent Market Insights
Shigella Vaccines Market 2020 To See Worldwide Massive Growth | Outlook, Trends, …
Coherent Market Insights added the most up-to-date research on “Shigella Vaccines Market” to its huge collection of research reports. The research analysis is a superb account of macroeconomic and microeconomic factors influencing the growth of the global Shigella Vaccines Market. This will help market players to make suitable changes in their approach towards attaining growth and maintaining their position in the industry. The global Shigella Vaccines Market is segmented as
05-29-2019 | Health & Medicine
Shigella Infection (Shigellosis) Therapeutics- Pharma Proff
Shigella Infection (Shigellosis) Therapeutics- Pipeline Analysis 2018
Shigella infection, also known as shigellosis, is a bacterial infection caused by a family of bacteria known as shigella. The main symptom of this infection is diarrhea, and can be passed through direct contact with the bacteria in the stool. Download the sample report @ https://www.pharmaproff.com/request-sample/1072 The other sign and symptoms associated with shigella infection are abdominal pain, cramps, and fever. Children between the age of two and four years are
03-20-2018 | Health & Medicine
Biotechnology Industry Report By CMI
The New Research Trial Drives The Shigella Vaccines Market
Shigella is a gram-negative pathogenic enterobacteria that causes severe diarrhea and dysentery in humans. Symptoms associated with Shigella infection includes fever, stomach pain, tenesmus, watery diarrhea, vomiting, dehydration, and convulsions. Various strains of Shigella are encompassed, such as S. dysenteriae, S. flexneri, S. sonnei and S. boydii. Each species of Shigella has different serotypes classified on the basis of the structure of O-antigens repeats that are the polysaccharides moiety of the lipopolysaccharide, a virulence
08-10-2017 | Health & Medicine
Market Research Hub - Pharmaceutical Industry
Shigella Infections - Pipeline Analysis with Ongoing Trends in Therapeutic Devel …
Market Research Hubs’ Shigella Infections-Pipeline Insights, 2017, report provides comprehensive insights of the ongoing therapeutic research and development across Shigella Infections. The report provides a complete understanding of the pipeline activities covering all clinical, pre-clinical and discovery stage products. A comparative pipeline therapeutics assessment of Shigella Infections by development stage, therapy type, route of administration and molecule type is also covered in the report. It also has a special feature
03-15-2017 | Health & Medicine
MarketResearchReports.biz
Research Report: Global Shigella Infections (Shigellosis) Market
MarketResearchReports.Biz presents this most up-to-date research on "Shigella Infections (Shigellosis)-API Insights, 2017" The active pharmaceutical ingredients worldwide market is in continuous development from the recent years. There is expected to be a major impact on the global API industry, with the large number of blockbuster drugs going off patent in the coming years. It is going to affect the revenue of the API market as generic drugs occupy the market. View Complete
Comments about openPR
I can't but agree to the positive statements about your portal: easy to use, clear layout, very good search function, and quick editing!
Jens O'Brien, Borgmeier Media Communication