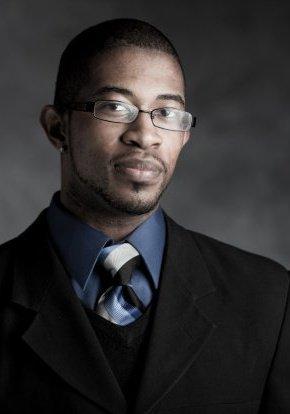 Los Angeles, CA (June 6, 2011) – Founder and Chairman of the Blink Campaign, Tyrone Farley, has become an avid campaigner for the AIDS foundations around the country. Through his series of events, interviews and presentations he continues to inform his peers and colleagues of the affects that being ignorant about HIV/AIDS have on the upcoming generation.Tyrone Farley launched the Blink Campaign after the 2009 political address by President Obama, calling America to action to help in the change in the AIDS community. The structure of the campaign at that point was to educate on the statistics and about condoms, but after the loss of Tyrone’s best friend of 17 years, the structure changed. In March of 2011, Tyrone’s best Friend was diagnosed with HIV at a local Los Angeles clinic, not being able to handle the issue and falling victim to the stigma later killed himself. This action forced Tyrone to change the structure of the campaign focus more on breaking the stigmas and letting the world know that individuals with HIV/AIDS are people too, while raising money for smaller to mid-sized non-profit organizations.“This campaign means a lot to me, but I want people to understand that this is not a non-profit organization, but rather a tool to raise money for organizations with,” says Tyrone Farley. “I am honored to work with such wonderful people in Los Angeles and in cities around the country that are willing to support me and my team in our efforts, this is about helping people and giving back and giving people the outlet to give back also,” says Farley.For more information on the BLINK Campaign, and those supporting this campaign please email, info@theblinkcampaign.org or visit the website at www.theblinkcampaign.org. MEDIA CONTACT: 213.973.8555 at Maginious PR and Multimedia Firm LLC or tyeugene@maginiouspr.comBLINK is a campaign to increase HIV/AIDS awareness and prevention starting February 2011. The campaign will come together with other national community based organizations, to raise money and attend high schools around the United States to educate teens and young adults about HIV/AIDS. The BLINK Campaign will start in Los Angeles and move across the United States stopping in every major city as well as smaller cities.Maginious PR and Multimedia Firm LLC 5015 Clinton St Los Angeles, CA. 90004 Ty-Eugene- 213.973.8555 (media Rep)

12-28-2010 | Associations & Organizations
Maginious PR and Multimedia Firm LLC
BET'S JUSTIN WALKER SET TO TALK TO TEENS ABOUT GETTING TESTED FOR HIV/AIDS ON A …
LOS ANGELES, CA (DECEMBER 23, 2010) - BET’s Justin Walker became the icon of a renaissance man after starring in BET’S hit show, “Baldwin Hills”, and now steps in as the face of the National Awareness campaign for HIV/AIDS titled “Blink.” Campaign Launches February 2011 starting in Los Angeles California. Justin Walker is known for being a significant role model among young adults and teens. Providing service to the community,
12-22-2010 | Associations & Organizations
Maginious PR and Multimedia Firm LLC
National HIV/AIDS Awareness Campaign To Raise $15 Million In Funds For Community …
LOS ANGELES, CA, - Beginning February 2011, Maginious PR and Multimedia Firm LLC will launch The Blink campaign. “Blink” is defined as the national campaign that will raise money to aide clinics and programs for Americans coping with HIV/AIDS. In a recent study by the CDC, it was discovered that every ten minutes an American is infected with HIV/AIDS, which can happen in the “blink” of an eye.
10-19-2010 | Arts & Culture
Maginious PR and Multimedia Firm LLC
CALI DANCE FESTIVAL BENEFITING SICKLE CELL ANEMIA AWARENESS
Los Angeles, CA September 22, 2010 - Incite Entertainment is announcing a new teen dance contest and concert for the whole family, which will be benefiting Sickle Cell Anemia Awareness. The Cali Dance Festival will be happening this fall at the famed Los Angeles Memorial Sports Arena on November 13,2010. Tickets will go on sale Friday, September 24th. T-Boz, from the legendary R&B group, TLC, and an active ally

05-25-2020 | Leisure, Entertainment, Miscel …
Elohothedon
NEW ELOHOTHEDON MUSIC COMING
Elohothedon has announced that he is currently working on new music. In a recent interview with Tyrone Elohothedon explained all about the new sound. He also revealed he was working on another secret project, with further details well and truly still under wraps for now but recent interviews indicating to it possibly including work with top hip hop producers. This will not be the first time Elohothedon and Tee have worked
03-14-2019 | Arts & Culture
Girl.Copy
Studio27 Talent to host annual Spotlight Showcase of student performances
Tyrone, GA -- Studio27 Talent is hosting its annual Spotlight Showcase event, featuring performances by 24 talented students of the studio. Each student participating in the showcase has been prepared by the team of coaches at Studio27 to audition for this event and will now have the opportunity to perform for a VIP panel consisting of local casting directors, talent agents, and more. This showcase gives the participating students a
11-26-2011 | Leisure, Entertainment, Miscel …
Acrylic Bar Stools
Acrylic Bar Stools Site Opens
A new site specializing in acrylic bar stools has launched to the excitement of bar stools lovers everywhere. The website http://acrylicbarstools.org is dedicated to help people quickly and easily choose right bar stools for their needs. Bar stools buyers can be extremely happy now as a new website has opened its doors. The site specializes in acrylic bar stools, but also features other types, including: aluminum, upholstered or 32
10-10-2011 | Advertising, Media Consulting, …
Miles High Productions
Tyrone Vaughan Gains Momentum on Country Breakout Chart
(Austin, TX) Singer, songwriter and guitarist Tyrone Vaughan continues to build a buzz as he lays groundwork for the release of his debut album, Downtime, in January 2012. His single “Downtime” has reached #68 on the Country Breakout Chart in Music Row magazine three weeks after entering it. And reception at country radio remains positive as he visits more stations while views of his video for his first single “Downtimes”
02-22-2011 | Arts & Culture
Ericka Nicole Malone
Local Playwright Announces Cincinnati Dates for “In Love With Tyrone”
Ericka Nicole Malone kicks off seven city tour this fall at the Aronoff Cincinnati, OH — Ericka Nicole Malone, an accomplished producer, director, writer and playwright, is launching her tenth stage play, “In Love With Tyrone”, this fall in Cincinnati’s Aronoff Center for the Arts. Malone’s seven city tour will start in her own backyard on October 14th and 15th, as the Cincinnatian moves throughout the Midwest. “In Love With
11-10-2008 | Logistics & Transport
Made4net Supply Chain Execution Software Provider
Made4net Hires Tyrone Connor as Business Development Manager
Paramus, NJ – Made4net supply chain execution software provider today announced that Tyrone Connor has joined the company as Manager of Business Development for North America. Connor will be responsible for creating new opportunities to fuel the sales growth of Made4net’s best of breed warehouse management system, WarehouseExpert, and other supply chain execution solutions featured in SCExpert suite. "Made4net’s focus is on aggressively growing our market share and Mr. Connor has
Comments about openPR
OpenPR ist the nicest and most clearly laid out PR platform I have seen to this day. The press releases are displayed very nicely and clearly and without any unnecessary frills. The updates are fast and the finished release looks appealing and is clearly legible. Even with 16 years of experience one discovers new things from time to time. Congratulations!
Gabriele Ketterl, Director Marketing & PR, Menads