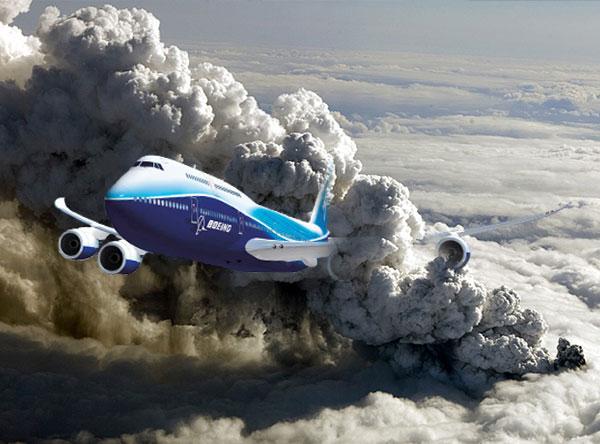 Phuket, Thailand: Just thirteen months after Icelandic volcano Eyjafjallajökull erupted, spewing thousands of tons of ash into the stratosphere and grounding 100,000 flights worldwide; volcano Grimsvötn has been threatening to do the same.The eruption of Grimsvötn on May 21st created a twelve kilometre plume of ash. By the next day the cloud had reached Greenland, Scotland and Norway.On May 24th airports in Edinburgh, Glasgow and Aberdeen were closed until further notice.Officials at Phuket International Airport had feared international flights bound for Phuket and Bangkok might be affected. However, it seems the disruption has been limited compared to the previous eruption in April 2010.“No airlines have cancelled flights to or from Phuket. Our biggest problem is tourist safety. If our country is safe and secure, tourists will definitely continue coming to Phuket as it is a global tourist destination,” confirmed Flight Officer Passakorn Surapipth, the acting director of Phuket International Airport.Currently Phuket International Airport has flights each day to and from sixty cities in twenty three countries.The eruption of Eyjafjallajökull between 14th and 20th April last year cost airlines a total of US$986 million. Flights were grounded indefinitely and tourists were forced to delay or cancel their holidays.So far, the ash cloud from the Grimsvötn volcano has caused much less disruption.In Europe just 900 of the 90,000 flights scheduled between 23rd and 25th May were cancelled.Although it has affected some famous names.The volcanic ash cloud forced The President of the United States, Barack Obama, to change his European travel plans. President Obama was due to spend Monday night in Dublin, Ireland, before heading onto London on the first leg of a six day trip. But "due to a recent change in the trajectory in the plume of volcanic ash" Obama will now take Air Force One directly to London.And UEFA Champion’s League finalists, Barcelona Football Club, had to arrive in the UK capital two days early for their preparations for Saturday’s final against Manchester United.The good news is, the volcano seems to be, quite literally, running out of steam. The plume of ash has already reduced to about half its original size and airlines have reported that services are back to normal.Why is volcanic ash a danger to flights?Commercial airlines cruise at an altitude of 30,000 feet, high above the current ash cloud.But aircraft taking off and landing will tend to pick up ash particles which can reduce engine performance and thrust.Due to the high temperatures inside a jet engine, the particles can fuse into tiny fragments of glass. These will then cool, harden and collect on the jet engine turbines. This will eventually jam the blades and stop the engine.Rebecca Smith Phuket Ocean VillasRebecca Smith is a real estate journalist with more than 15 years experience. She is currently the sales director for Phuket Ocean Villas (http://www.phuketoceanvillas.com) who specialise in luxury ocean view property in Phuket, Thailand.Phuket Ocean Villas Co. Ltd. 149/12 Srisoonthorn Road, Cherngtalay, Thalang, 83110, Phuket, Thailand

You can edit or delete your press release Flights to Phuket, Thailand unaffected by volcanic ash cloud here

06-15-2020 | Industry, Real Estate & Constr …
Siam Real Estate
Amazing Trusted Thailand
Ever wonder what it would be like to own a villa or condo in a tropical foreign destination? Owning a second home or investment property in one of the world’s most popular destination is a dream that can come true. Right now, Thailand is a true real estate investment opportunity. With the Covid-19 situation firmly under control, Thailand has risen to the forefront of investment possibilities. COVID-19:
03-07-2019 | Tourism, Cars, Traffic
TAT Newsroom
Training in Thailand
A train journey can be a special part of any Thai holiday for the scenery, history and the unique peaks of the kingdom. There are many route options and they roll into most parts of the country. Travelling by train in Thailand is also a great way to see the diverse countryside on your way to tourist areas. From Bangkok, you can ride for an hour or a little more to
02-05-2018 | Advertising, Media Consulting, …
MarketResearchReports.biz
Thailand: Country Intelligence Report
"Thailand: Country Intelligence Report", a new Country Intelligence Report by GlobalData, provides an executive-level overview of the telecommunications market in Thailand today, with detailed forecasts of key indicators up to 2022. Published annually, the report provides detailed analysis of the near-term opportunities, competitive dynamics and evolution of demand by service type and technology/platform across the fixed telephony, broadband, mobile and pay-TV segments, as well as a review of key regulatory
01-17-2018 | Media & Telecommunications
Midas pr
SUPERNAP Thailand
Untuk Siaran Segara November 29, 2017
05-27-2016 | Tourism, Cars, Traffic
DPI Research
Thailand MICE Tourism Market
The MICE industry is one of the key sectors that Thailand intends to develop in order to stimulate quality visitors both within the country and abroad. Thailand is one of the most important and popular MICE destination worldwide. Thailand is famous MICE destination due to its solid basic infrastructure, strategic location, developed transportation systems, international connectivity, a well-trained private sector, continual government support and sound regulations. Each year, it stages
11-01-2010 | Media & Telecommunications
Thaivisanews
Thailand Privilege Card
With the economy in thailand still suffering from the various troubles and the world recession,we are looking at ways to attract the public to businesses and the launch of the thaivisanews privilege card could just be the answer to get the public coming to your business. The concept of the privilege card is very simple,companys who wish to participate in the scheme will let the members know via the thaivisanews
Comments about openPR
Your portal is fast, simple, and easy to use. Others may have more functions but they also demand more editing time, you have to preformat the text in order to achieve a good result etc. I think openPR is really fantastic!
Andreas Knepper, wallmedien AG