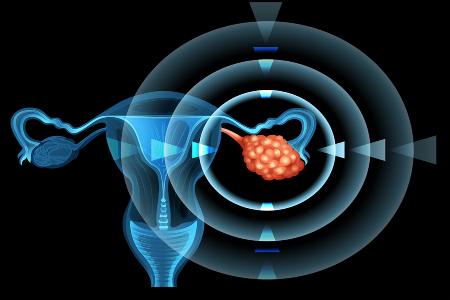 Ovarian cancer is one of the most dreadful type of cancer widely found in women. In this cancer, abnormal cells growth is experienced in the ovaries, which has potential to invade or adversely affect other body parts such as abdomen layers, lining of the bowel and bladder, lymph nodes, and liver. Initial stages of ovarian cancer are associated with few vague symptoms, which further manifest as the cancer grows. These symptoms include inflating, pelvic ache, abdominal puffiness, and loss of appetite.Ask For Sample Copy @ https://www.coherentmarketinsights.com/insight/request-sample/164Ovarian cancer is a relatively rare cancer as compared to other types, though risk is higher among women who have ovulated more over their lifetime, which can also include females who have never borne a child and those who began ovulating at a very young age. According to American Cancer Society, around 10% of ovarian cancer cases are related to inherited genetic risk. Women with mutations in BRCA1 or BRCA2 genes have 50% chance of developing breast or ovarian cancer. Ovarian carcinoma, is the most common ovarian cancer that accounts for 95% of cases, globally.Ovarian cancer drugs market supported by growing aging population in the U.S. and U.K.Rising number of ovarian cancer cases recorded over the recent past, is creating a highly conducive environment for growth of the ovarian cancer drugs market. According to American Cancer Society, in 2016, around 22,280 new cases of ovarian cancer were diagnosed, leading to 14,240 deaths in the U.S. According to the Surveillance, Epidemiology and End Results (SEER) Program of the National Cancer Institute data, an increase in all new cancer cases is recorded, with ovarian cancer accounting for 1.3% of the incidence rate, and 2.4% of all related deaths, in 2016. The number of new ovarian cancer cases account for 11.9 per 100,000 women, and the total deaths account for 7.5 per 100,000 women, annually. According to World Cancer Research Fund International data on the basis of highest rate of ovarian cancer by country: Fiji, age standardized rate per 100,000 is 14.9, followed by Latvia and Bulgaria with age standardized rate per 100,000 being 14.2 and 14.0, respectively.Combinational drug approach, a novel approach in the ovarian cancer drugs marketKey players operating in the ovarian cancer drugs market include Bristol Myers Squibb Company, Eli Lilly and Company, GlaxoSmithKline plc, Janssen Pharmaceuticals, Inc., Novogen, Inc., Genentech Inc., Aetera Zenteris Inc., Boehringer Ingelheim GmbH, and F. Hoffman-La Roche Ltd. Major companies in this market are constantly working towards introducing innovative products and lowering production costs in order to enhance profitability. For instance, Roche’s blockbuster drug Avastin (bevacizumab) used in combination with carboplatin and paclitaxel is being used to treat ovarian cancer.Request Customization @ https://www.coherentmarketinsights.com/insight/request-customization/164Current scenario in ovarian cancer drugs market: High prevalence of ovarian cancer among women over 60 years in the U.S. and U.K.Regional segmentation of the global ovarian cancer drugs market by Coherent Market Insights comprises North America, Europe, Asia Pacific, Latin America, Middle East, and Africa. North America accounts for the largest market share, mainly due to presence of major players and adoption of advanced medical technologies in countries such as the U.S. and Canada. According to American Cancer Society, an estimated 22,440 women would receive a new diagnosis of ovarian cancer and around 14,080 women will die from ovarian cancer in 2017 in the U.S. alone. Ovarian cancer is the fifth most prevalent cancer among women, which accounts for high percentage of deaths when compared to other cancer related to reproductive system cancer. It is stated that 1 in 75 women are at risk of contracting ovarian cancer and fatalities related to the disease is pegged at 1 in 100. Prevalence of ovarian cancer is usually low among women under 40 years of age. According to American Cancer Society, most of the ovarian cancer cases are reported among women aged 60 years and above. According to Cancer Research UK, in 2014, 7,378 new cases of ovarian cancer were reported in the country, of which around 53% of cases diagnosed were among females aged 65 years and above.Contact Us:Mr. Shah Coherent Market Insights 1001 4th Ave, #3200 Seattle, WA 98154 Tel: +1-206-701-6702 Email: sales@coherentmarketinsights.comAbout Coherent Market Insights:Coherent Market Insights is a prominent market research and consulting firm offering action-ready syndicated research reports, custom market analysis, consulting services, and competitive analysis through various recommendations related to emerging market trends, technologies, and potential absolute dollar opportunity.

05-12-2021 | Health & Medicine
Allied Market Research
Cancer Therapeutics Market New Business Opportunities to Hit $180.19 billion by …
Surge in geriatric population and rise in the number of collaborations & partnerships to facilitate drug development are the key drivers of the global cancer therapeutics market. In addition, heavy inflow of investment in R&D activities has enhanced the development of cancer therapeutics. Furthermore, favorable government regulations for cancer therapeutics and surge in cancer prevalence boost the market. The high demand for personalized medicine along with high potential of emerging
11-11-2020 | Health & Medicine
QualiKet Research
Global Cancer Diagnostics Market Size, Trends & Growth Opportunity By Applicatio …
Cancer diagnostics is a process of detecting various proteins, biomarkers and certain symptoms that result in the detection of presence of cancerous tumour in patients. Detection of certain proteins and biomarkers which are prevalent in cancer disorder thereby results in diagnosis process. Cancer diagnostics includes usage of certain technology and devices for detection purpose. Increase in incidence of target diseases like cancer is key driving factor which is expected to boost
04-04-2019 | Business, Economy, Finances, B …
TMR Research
Oncology Nutrition Market led to an unprecedented rise by 2025 : liver cancer, p …
Global Oncology Nutrition Market: Overview Cancer diagnosis creates myriad questions about diet and nutrition. Those pertain to if the food will make a patient feel sick to what should be ingested to fight cancer. This has spawned the oncology nutrition market which has been rising steadily due to the increasing cases of different types of cancer worldwide. During cancer treatment one needs to eat right in order to build up strength
11-12-2018 | Health & Medicine
Crystal Market Research - Healthcare
Cancer Immunotherapy Market 2018 To 2025 - SWOT Analysis By Global Industry Reve …
The Cancer Immunotherapy Market research report provided by Crystal Market Research (CMR) is the most detailed study about Cancer Immunotherapy Market that is estimated to grow at a tremendous rate over the forecast period 2018-2025. This report contains precise and updated insights in respect with the leading market players and prevailing regions of the business. Cancer Immunotherapy Market By Product and Cancer Type - Global Industry Analysis And Forecast To 2025:
07-24-2018 | Health & Medicine
Pharmaceutical Report
Oncology Nutrition Market by Cancer Type Breast Cancer, Liver Cancer, Lung Cance …
Lunch of new products for nutrition of oncology patients is expected to drive the oncology nutrition market growth. For instance, in 2016, Hormel Food Corporation, a U.S-based meat food products company, launched a line of packaged ready-to-eat meals for cancer patients, which are called as Hormel Vital Cuisine. These meals consist of carbohydrates, proteins, and fats to help patients fight loss of muscle mass and energy during cancer treatment. Thus launch
07-24-2017 | Health & Medicine
Cancer Diagnostics
Cancer Diagnostics Global Market: By Application - Breast Cancer, Lung Cancer, C …
Researchmoz added Most up-to-date research on "Cancer Diagnostics Global Market: By Application - Breast Cancer, Lung Cancer, Colorectal Cancer, Melanoma & Other Cancers" to its huge collection of research reports. This report studies Cancer Diagnostics in Global market, especially in North America, China, Europe, Southeast Asia, Japan and India, with production, revenue, consumption, import and export in these regions, from 2012 to 2016, and forecast to 2022. This report focuses on top
Comments about openPR
Your portal is fast, simple, and easy to use. Others may have more functions but they also demand more editing time, you have to preformat the text in order to achieve a good result etc. I think openPR is really fantastic!
Andreas Knepper, wallmedien AG