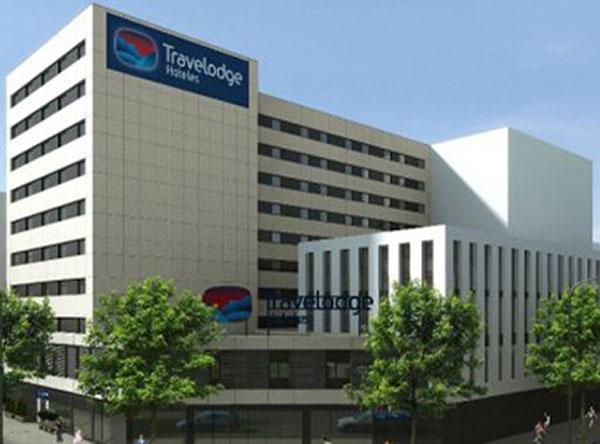 Madrid, Spain: Budget hotel chain Travelodge and their property development partners Citygrove have announced the start of their expansion in Spain.Travelodge already operate three hotels in the Spanish cities of Madrid and Barcelona and have revealed plans to open a further fifty properties in Spain over the next ten years.“Our existing three hotels have been trading well. When a country has economic concerns it is the time consumers choose a low-cost model," said Paul Harvey, the managing director of Travelodge."Budget is now understood by the Spanish. They travel on EasyJet and understand the concept. At present there are very few budget hotels - in Spain the hotel sector is predominantly expensive mid-market hotels that are underinvested. We have also been helped by the fact that the Spanish's use of the internet has grown so online booking is up," Harvey added.Standard Life Investments has already agreed to finance the building of a new two hundred and fifty room Travelodge in central Barcelona at a cost of US$45.5 million.Once complete, Travelodge will operate the hotel on behalf of Standard Life Investments.Spanish bank BBVA will also fund a one hundred and sixteen room property in Valencia.Citygrove is now looking for investors to back a new two hundred room hotel in Seville.Travelodge are also keen to open additional properties in Madrid, Barcelona, Malaga, Bilbao and Granada."Spanish banks such as BBVA or Santander will still lend on property, but only for certain deals such as development where there is a pre-let to a tenant. Like in the UK many of the banks have an overhang of debt and they need to clear this”, Citygrove chairman Toby Baines commented.Travelodge was founded by Scott King in 1939. The company’s first motel opened the same year in Southern California, USA.In North America Travelodge is franchised to Wyndham Worldwide; the world’s largest hotel chain.In the UK the brand was purchased by Lord Forte in the 1980s and marketed as Forte Travelodge.Now known as Travelodge UK, the brand has over three hundred hotels throughout Britain with a total of over twenty thousand rooms. This makes the company the third largest hotel chain in the United Kingdom.Travelodge has always promoted itself as a budget hotel chain; offering its guests basic lodging whilst travelling. The company’s properties are often located near motorways and airports.However, not all Travelodge’s guests are on the move.In fact, the Guinness World Record holders for the ‘longest time spent in a hotel’ spent all of it at a Travelodge.David and Jean Davidson, a retired couple originally from Sheffield, arrived at the Newark Travelodge in 1985. They relocated to the Workshop Travelodge and then to the Grantham Travelodge. The elderly couple stayed a total of twenty two years before they left. In their honour the Newark Travelodge named their old room ‘The Davidson Suite’."I really like living here as it's so convenient and our room is on the ground floor so there are no stairs or lifts to deal with. I don't have this kind of room in our flat in Sheffield. It's spacious and makes things easier for us. We don't get hit with huge heating bills over the winter and it's safer than a lot of places these days. For us it's a better and cheaper option than an old people's home and we're well looked after," said David Davidson.The question is; are we about to see a Spanish challenge to the Davidson’s world record?Rebecca Smith Ocean Villas Group - http://www.oceanvillasgroup.comArticle source... http://blog.oceanvillasgroup.com/lots-more-property-in-spain-for-travelodge/Rebecca Smith is a real estate journalist with more than 15 years experience. She is currently the sales director for Ocean Villas Group (http://www.oceanvillasgroup.com) who specialisein luxury ocean view property investments worldwide.Ocean Villas Group Pte. Ltd. Level 31, 6 Battery Road, Raffles Place, 049909, SingaporeTel: +65 63 208 359