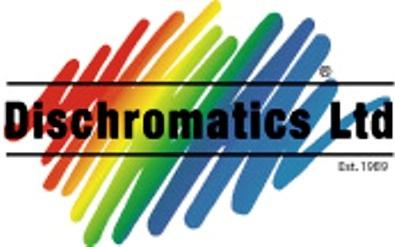 Troon Petanque club hosted the 2011 and twenty third annual Celtic Challenge Tournament between Scotland, Ireland and Wales.Wales travelled to Scotland with high hopes of extending their record run of consecutive wins in the tournament, having won last year at home at the Wenvoe Arms venue near Cardiff. With a number of top players missing from this years squad, Wales were still expecting to come away with the win but Scotland A had other plans.The competition took place over two gloriously sunny days on Saturday 30th April and Sunday 1st May. After the opening ceremony on the Petanque terrain at the home of Marr Rugby, the games got under way at 9.30 with intense competition throughout the day. The opening matches were Wales verses Ireland and Scotland A verses Scotland B. Wales winning 11-5 and Scotland A also victorious 11-5. The competition then moved on with two more rounds of matches to be played during the first day.Wales were now up against Scotland A whilst the Irish turned their attention to Scotland B. The results of these matches left the competition still in the balance with Scotland A and Wales sharing the games 4 each, with Scotland B taking the honours 5-3 against the Irish. This left the total results after the first day at Scotland A, 15, Wales, 15, Scotland B, 10 and Ireland on 8.The second day started badly for Wales with their third and fourth triples losing both games to their respective Scottish opponents. This allowed Scotland A to gain the upper hand with honours even in the other two triples. Ireland showed resilience and fighting spirit and gained some momentum by winning their final two encounters against the Scottish B squad 6-2. The overall results at this stage were Scotland A on 21 wins, Wales standing at 17, Ireland on 14 and Scotland B on 12.Moving into the last phase of the competition, Scotland A had a clear advantage and just had to maintain their form against Ireland, whilst Wales now facing Scotland B had every chance to catch up bit needed all four teams to put in a solid winning performance.Although both Scotland A and Wales were to win their first round of matches 3-1, it was the hosts who were able to maintain form with a tremendous finish winning the encounter against Ireland 11-5. Wales without much hope of catching them simply didn’t have enough left to overall the Scottish B squad who themselves went on to beat the Welsh 11-5. Only the Wales 2nd team of Stewart Spencer of Abergavenny, who is sponsored by the CD and DVD Duplication and Replication company Dischromatics, Ian Bailey of Baileys Garage in Abergavenny and Mike Jacques from the Wenvoe club showed enough fight to compete at this level with 9 wins from 12 games, only coming second to the Scottish A first team of Robbie Stronach, John Wilson and Paul Bretenoux who won all twelve games.Once again, although winning was most important to everyone involved, the display of camaraderie, fun and banter during this weekend was superb and showed clearly why this is the petanque competition everyone wants to play in and is unique in this type of tournament.Thanks must go to The Scottish Petanque Association and to Troon in particular with a special mention for Donnie Macintyre for the wonderful hospitality and superb planning. Already, everyone is talking about and looking forward to the next venue and the twenty fourth Celtic Challenge in Bangor in Ireland.Dischromatics supplies CD, DVD & Blu-ray Replication with free UK delivery and CD & DVD Duplication for fast turn round, USB Flash Memory Drives. There is a Graphic Design Department for Creative Logo design, web design, branding and rebranding. Digital Printing of Variable Data for Direct mail Marketing. DVD and Blu-ray Authoring and Fulfilment Services.Dischromatics Limited Unit 20 Abercarn Ind Estate, Bridge Street, Abercarn, Newport NP11 5EY Tel: 01495 243222. Fax: 01495 243777. e-mail: sales@dischromatics.co.uk Website: http://www.dischromatics.co.uk Contact: Stewart Spencer

You can edit or delete your press release Wales Miss out on Historic Fifth Consecutive Celtic Challenge Win. here

07-06-2011 | Business, Economy, Finances, B …
Dischromatics Limited
Dischromatics Announces that their Expansion Plans are on Schedule.
With the problems of today’s world financial crisis, many companies are holding back, shedding their workforce and delaying investment. However CD, DVD and Blu-ray Replication Company Dischromatics is powering ahead with confidence. Unfortunately, we continue to hear bad news about the economy, unemployment and stalled investment in the UK and beyond. Dischromatics views have always been different to the scaremongers who advocate constraint and belt tightening. Dischromatics was established in 1989
04-04-2011 | IT, New Media & Software
Dischromatics Limited
Dischromatics Welcomes Caroline Leroy from the University of Auvergne
For the Fifth Consecutive year Dischromatics is hosting a French student in a continuing partnership with French Universities. Dischromatics already has close ties to the University of Wales newly opened Newport Campus and recently attended the opening ceremony of which they were sponsors. The opening hosted by Jamie Baulch and Christian Malcolm, was officially undertaken by Honorary Fellow, Sir Terry Matthews, the owner of the Celtic Manor Hotel which played host
02-02-2011 | IT, New Media & Software
Dischromatics Limited
Dischromatics Announces participation in Caerphilly Business Forum’s “New Ye …
Dischromatics Explains “How to Approach the Logo Design Process” to New Business Start-Ups Ahead of Dischromatics' involvement at the forthcoming Caerphilly Business Forum's “New Year, New Start” event for people involved in new Business Start ups at the Tredomen Business and Technology Centre on Thursday 10th February our graphic designers have formulated some simple advice, useful for any company whether new or old which requires new branding. Indeed, Dischromatics has been
12-14-2010 | IT, New Media & Software
Dischromatics Limited
Dischromatics Announces Availability Of New Range Of USB Flash Memory Drives
Flash Memory Drives or Pendrives are now available in various colours, capacities, shapes and sizes and can be personalised to customer requirements with on-body printing or labels. The addition of copy protection will prevent the data from being wiped. The choice of USB Flash Memory Drives or Pendrives has never been greater and with the possibility of having new bespoke products produced, there are many obvious advantages which are being overlooked.

03-09-2017 | Advertising, Media Consulting, …
Woodcote Media Ltd
Bioenergy conference comes to Scotland
Edinburgh has been chosen as the host city for this year’s Bioenergy Insight Conference & Expo 4-5 October. According to the European Union’s 2020 objectives, bioenergy is expected to contribute half of the EU’s 20% renewable energy target. EU countries have already agreed on a new renewable energy target of at least 27% of final energy consumption in the EU as a whole by 2030. Bioenergy is expected to form a crucial part of these
03-11-2011 | Leisure, Entertainment, Miscel …
Geoff Selvidge Sales & Marketing Services
Ducati Race Legend Comes to Scotland...
The name Paul Smart may not be familiar to modern day bike-race fans but in 1972, Paul won the prestigious Imola 200 race and put the mighty Ducati factory firmly on the path to future World Superbike success. Although that Imola race was Ducati's first V Twin Superbike success, Paul rates beating Phil Read at the Hutchinson 100 at Brands Hatch shortly afterwards, as a greater achievement. A prolific racer to Grand
01-05-2011 | Fashion, Lifestyle, Trends
Green Recipes
Vegetarian Recipes from Scotland
Recipes from the first vegetarian restaurant in Scotland - Henderson’s of Edinburgh are the focus of Derek Collinson’s new vegetarian recipe blog - www.greenrecipes.biz launched today. Janet Henderson was the inspiration behind Henderson’s almost fifty years ago when she persuaded her husband, ex rugby internationalist James “Mac’ Henderson, to turn his farm into an organic dairy farm. Soon afterwards Henderson’s Salad table as it was known then was born. Henderson’s
11-17-2010 | Sports
Highland Ascent
Winter Walking and Skills Courses in Scotland
Highland Ascent has established itself as a quality sea kayaking and hillwalking provider in the Highlands of Scotland for the last few years. This winter the company has decided to expand into winter walking and mountaineering. They offer now multi day Winter Skills Courses for good value. The 2 Day Winter Skills Course will offer clients the ability to walk in the Scottish in the Winter. You will learn how to
11-15-2010 | Politics, Law & Society
lawfordkidd
Personal Injury Experts in Scotland
Around 1.2 million people die in road accidents and 50 million people get injured every year around the globe. If you are injured in an accident, it is always better to hire a personal injury lawyer instead of getting help from a public prosecutor. Lawford Kidd is a leading firm of personal injury solicitors in Scotland. Lawfordkidd have been awarded with the placement in 2009 Chambers Directory in the top
10-28-2010 | Arts & Culture
Stagevisions
Spirit of Scotland John Cashmore
On Thursday 4th November at 19:30 in the Johanniskirche in Düsseldorf, the British Opera star John Cashmore will be presenting his Scottish concert „Spirit of Scotland“. You may already know of John from his performances in NRW in Eric Woolfsons musical Gaudi, West Side Story, Bernsteins Mass and concerts with the WDR rundfunkorchester. This is the 5th tour station of Spirit and a chance to see this lovely concert full of
Comments about openPR
9 o'clock: discuss press release with client, 10 o'clock: submit release to openPR, within the briefest possible time release is published and displayed in a prominent place on openPR.de. I am thrilled!
Zehra Spindler, Calypso Now! - Communication Agency