Dischromatics Welcomes Caroline Leroy from the University of Auvergne 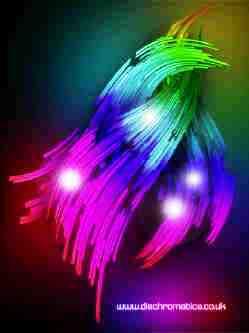 Dischromatics for CD, DVD and Blu-ray Duplication and Replication

For the Fifth Consecutive year Dischromatics is hosting a French student in a continuing partnership with French Universities.Dischromatics already has close ties to the University of Wales newly opened Newport Campus and recently attended the opening ceremony of which they were sponsors. The opening hosted by Jamie Baulch and Christian Malcolm, was officially undertaken by Honorary Fellow, Sir Terry Matthews, the owner of the Celtic Manor Hotel which played host to the successful 2010 Ryder Cup Golf tournament. Just prior to Christmas Dischromatics took the opportunity to sponsor another event of benefit to local students during the Skillset Media Academy Wales Student Welcome Event. The company was pleased to supply free handouts to students which included printed and packaged blank DVD-R’s for personal use.With regards to our ‘French Connection’, this is the fifth year we have welcomed foreign students for short term placement. Caroline Leroy is the latest French student to be hosted by Dischromatics for a six week ‘stage’, in agreement with the University of Auvergne. Caroline lives close to the campus where she attends her classes. She is studying General Management in the Institute of Professional Management and Business Administration. Now in her second year of studies, she lives with her parents and two older brothers.The University of Auvergne consists of eight faculties and Institutes and was created in 1991. There are fifteen thousand students of which three thousand are from countries outside of France. Dischromatics which was formed in 1989, supplies a diverse range of products and services from CD, DVD and Blu-ray Replication along with CD Duplication and DVD Duplication. DVD and Blu-ray Authoring. Graphic Design, digital printing and fulfilment and is proud of its association with and support for the students and Universities both in this country and France and now Germany. They supply product to many European countries and especially France.Whilst at Dischromatics, Caroline will be enhancing her command of English and learning more about company management, although a large part of her time will be occupied with bringing the French version of the company website up to the same level as the English version. As can be seen by the company’s diverse range of products and services, this will be quite a test. Search Engine Optimization of the site will be included in her brief.On June 20th The Company will welcome a student from Germany, from the Schulze-Delitzsh-Schule in Wiesbaden, her name is Alissa Fuselier who is 18 years of age, and Alissa has already spent some time studying in Melbourne.Managing Director Gareth Spencer who is a graduate of Cardiff University empathises with students working abroad as he himself spent two years in Nevers in France as part of his degree course and is now fluent in French. Gareth explains “When I first arrived in France, I found it difficult at first to keep up with some of the conversations, naturally the local dialect and slang was much in evidence and it took me quite some time to adapt, I had a placement working as a language student in one of the local schools teaching English to French pupils and played rugby for Nevers rugby club. So I fully understand the apprehension these students may have.”Dischromatics expects to continue its relationship with local and foreign universities and accepting foreign students for short term placement. The Management and Staff of the Company are committed to this exercise and feel that not only have the students benefitted from the experience but the company itself generally has been enriched by this positive cultural exchange.Established in 1989, Dischromatics supplies CD, DVD & Blu-ray Replication and delivers FREE throughout the UK. With its own Duplication and Printing Suite they supply CD & DVD Duplication for smaller quantities and fast turn round.With the additional and unique benefit of having their own Digital Printing facility, they also produce CD & DVD Packaging in low volumes for such products as CD & DVD Digipaks. There is a Graphic Design department to help customers design their artwork and an Authoring Suite to create the master CD, DVD or Blu-ray disc.They provide Variable Data Printing using Creo Darwin Software for direct mail marketing strategies on products such as leaflets, booklets, brochures postcards etc. It is therefore possible to personalise every individual item with names, addresses, bar codes and even the graphics itself. This is done 'on the fly' so no plate changes required and no machine down time benefiting the customer in cost advantage over litho printing by doing smaller runs and sampling.Dischromatics is accredited to Quality standard ISO 9001 and Environmental ISO 14001 certification.Dischromatics Unit 20 Abercarn Industrial Estate, Abercarn, Newport NP11 5EY Contact: Stewart Spencer. Tel: 01495 243222. Fax: 01495 243777 sales@dischromatics.co.uk http://www.dischromatics.co.uk

07-06-2011 | Business, Economy, Finances, B …
Dischromatics Limited
Dischromatics Announces that their Expansion Plans are on Schedule.
With the problems of today’s world financial crisis, many companies are holding back, shedding their workforce and delaying investment. However CD, DVD and Blu-ray Replication Company Dischromatics is powering ahead with confidence. Unfortunately, we continue to hear bad news about the economy, unemployment and stalled investment in the UK and beyond. Dischromatics views have always been different to the scaremongers who advocate constraint and belt tightening. Dischromatics was established in 1989
05-09-2011 | Sports
Dischromatics Limited
Wales Miss out on Historic Fifth Consecutive Celtic Challenge Win.
Troon Petanque club hosted the 2011 and twenty third annual Celtic Challenge Tournament between Scotland, Ireland and Wales. Wales travelled to Scotland with high hopes of extending their record run of consecutive wins in the tournament, having won last year at home at the Wenvoe Arms venue near Cardiff. With a number of top players missing from this years squad, Wales were still expecting to come away with the win but
02-02-2011 | IT, New Media & Software
Dischromatics Limited
Dischromatics Announces participation in Caerphilly Business Forum’s “New Ye …
Dischromatics Explains “How to Approach the Logo Design Process” to New Business Start-Ups Ahead of Dischromatics' involvement at the forthcoming Caerphilly Business Forum's “New Year, New Start” event for people involved in new Business Start ups at the Tredomen Business and Technology Centre on Thursday 10th February our graphic designers have formulated some simple advice, useful for any company whether new or old which requires new branding. Indeed, Dischromatics has been
12-14-2010 | IT, New Media & Software
Dischromatics Limited
Dischromatics Announces Availability Of New Range Of USB Flash Memory Drives
Flash Memory Drives or Pendrives are now available in various colours, capacities, shapes and sizes and can be personalised to customer requirements with on-body printing or labels. The addition of copy protection will prevent the data from being wiped. The choice of USB Flash Memory Drives or Pendrives has never been greater and with the possibility of having new bespoke products produced, there are many obvious advantages which are being overlooked.

07-10-2018 | Advertising, Media Consulting, …
MarketResearchReports.biz
DVD and BD-DVD Player Market: Sony, Sumsung, Pansonic, Pioneer
MarketResearchReports.Biz adds “Global DVD and BD-DVD Player Market Share, Size, Trends and Forecast Market Research Report” reports to its database. This report provides a strategic analysis of the DVD and BD-DVD Player market and the growth estimates for the forecasted period. This report studies the global DVD and BD-DVD Player market status and forecast, categorizes the global DVD and BD-DVD Player market size (value & volume) by manufacturers, type, application, and
01-18-2011 | Business, Economy, Finances, B …
Digital Disc Duplication Ltd
DVD Duplication Services - Ultimate Solutions
DVD duplication requirements may well be falling but demand has by no means gone by a long way. With the introduction of Blu-Ray (after the initial disputes as to which format High Definition would be offered by) it is quite obvious that as consumers switch to High Def players new releases are going to be split between DVD and Blu-Ray hence the natural reduction in demand for DVD. This switchover
07-24-2007 | IT, New Media & Software
FarStone Technology
FarStone Releases VirtualDrive 11.5 CD-DVD Emulators
VirtualDrive 11.5 and VirtualDrive Pro 11.5 offer ISO image support, custom VCD cabinets, and enhanced virtual CD creation IRVINE, CA -- FarStone Technology has released new builds of its popular CD-DVD emulation software, VirtualDrive (www.farstone.com/software/virtualdrive.htm) and VirtualDrive Pro (www.farstone.com/software/virtualdrive-pro.htm). Version 11.5 FarStone emulators offer full ISO support for the first time in product history, as well as new features including custom hot keys, custom virtual CD cabinets, and enhanced custom virtual
08-28-2006 | Advertising, Media Consulting, …
Per Sommer Videoproduktion
Videoproduktion, DVD produktion services by Per Sommer
There are lots of companies which are targeting only the corporate sector of Denmark which are looking for professional companies to promote there products and business. But there are some video production houses which not only cater the corporate sector of Denmark but also offer there services to the average joe of Denmark who also demand professional quality videos for there day to day celebrations. One such Denmark based video
03-20-2006 | Business, Economy, Finances, B …
Coastal Vacations
Coastal Vacations Updates Coastal DVD
Coastal Vacations releases updates to the Coastal DVD at the Springs Coastal Seminar in Orlando, Florida Orlando, Florida - March 18, 2006 -- Coastal Vacations the best value in travel announced updates to the Coastal DVD today at the Coastal Vacations Seminar. The new DVD will allow members to share the membership and it's values with people who speak spanish. The Coastal Vacations Board of Directors answers the requests for many successful
01-17-2006 | IT, New Media & Software
AliveMedia.net
Alive DVD Ripper 1.2.0.9 released
Convert DVD to MPEG-1/VCD, MPEG-2/SVCD, AVI, DivX, or XviD formats. AliveMedia has released Alive DVD Ripper 1.2.0.9, a professional dvd ripper software for the Windows 98/NT/ME/2K/XP/2003 platforms, that can can convert DVD to MPEG-1/VCD, MPEG-2/SVCD, AVI, DivX, or XviD formats, quick and easy. Alive DVD Ripper is an professional dvd ripper software to convert your favorite DVD movies to popular video formats, which include MPEG-1, MPEG-2, DVD/VCD/SVCD, AVI, DivX, XviD, MS
Comments about openPR
OpenPR ist the nicest and most clearly laid out PR platform I have seen to this day. The press releases are displayed very nicely and clearly and without any unnecessary frills. The updates are fast and the finished release looks appealing and is clearly legible. Even with 16 years of experience one discovers new things from time to time. Congratulations!
Gabriele Ketterl, Director Marketing & PR, Menads