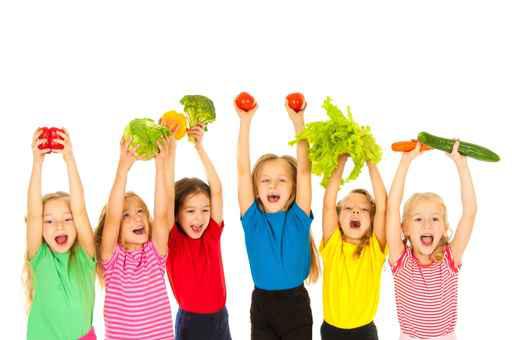 Pediatric nutrition refers to the nutritional products given to infants or children as a sole source of nutrition or supplement. These products support physical and mental growth of children, in turn supporting balanced growth in their formative years, from infancy to adolescence. The usage of these products is critical in cases of premature birth or babies suffering from severe allergies such as lactose intolerance. In premature birth, baby can’t be directly breastfed and hence, these products are the sole source of nutrition till they get switched to breastfeeding. According to Centers for Disease Control and Prevention (CDC), 2016, around 10% (1 in every 10) of births recorded were premature in the U.S. Moreover, globally, every year around 15 million births are premature, according to the World Health Organization (WHO). Products are also being developed for infants suffering from certain inborn diseases such as maple syrup urine disease or phenylketonuria.Increasing demand for nutritional products in Asia Pacific is expected to boost growth of the pediatric nutrition marketAsia Pacific is home to two of the most populous countries in the world, India and China. Number of births in these countries is also among the highest, every year. Moreover, in October 2015, China abolished its one-child policy, which in turn is expected to increase the birth rate in China. According to World Bank, in India, crude birth rate (birth per 1,000 people) was recorded to be 19 in 2015, which was much higher as compared to developed economies such as the U.S., U.K., Germany, France, and Italy which recorded crude birth rate of 12, 12, 9, 12, and 8, respectively. Significant year-on-year increase in the crude birth rate in India, is expected to increase in the number of total births in the country in the near future.Request A Sample Copy: https://www.coherentmarketinsights.com/insight/request-sample/1308Furthermore, Companies such as Mead Johnson Nutrition have operated with very high gross margins accounting for 64.2%, 64.3%, and 61.4% in 2016, 2015, and 2014, respectively. This in turn, indicates lucrative opportunity for market players in this market, which in turn is increasing the entry of large players. Due to the high gross margins, new manufacturers are competing with leading players by selling their products at a reasonable but profitable price.The global pediatric nutrition market was valued at US$ 35,211.6 million in 2016 and is expected to witness a CAGR of 6.4% over the forecast period (2017 – 2025).Lactose intolerance, allergy to cow’s protein milk, maple syrup urine disease, phenylketonuria, and insulin resistance are some of the most common health complications faced by infants and children. These children require special nutrition, which can be provided by nutritional products. Mead Johnson Nutrition (acquired by Reckitt Benckiser Group Plc) developed a separate category of products specifically designed for children suffering from such diseases. These products include Mead Johnson BCAD, for children suffering from maple syrup urine disease and Mead Johnson PhenylFree, for children suffering from phenylketonuria. Other players such as Nestle S.A. and Abbott Laboratories also sell product for children with special needs. Increasing number of products to serve this special population coupled with increasing awareness about such diseases is expected to support growth of the global pediatric nutrition market. Furthermore, companies are focusing on development of products that may serve as nutrition enhancer or taste modifier, for the general population. Such products include ChocoMilk and Cal-C-Tose, which when added to milk enhance its nutritional value.The four leading players holding a dominant position in the market are Reckitt Benckiser Group Plc, Nestlé S.A., Abbott Laboratories, and Groupe Danone, owing to a spree of market consolidation. Manufacturers are focusing on inorganic growth strategies such as mergers and acquisitions to strengthen their foothold in the global market. For instance, in 2012, Nestle S.A. acquired Pfizer Inc.’s infant nutrition business. In June 2017, Reckitt Benckiser Group Plc acquired Mead Johnson Nutrition, a leading player in pediatric nutrition.Download the PDF brochure: https://www.coherentmarketinsights.com/insight/request-pdf/1308About Coherent Market Insights: Coherent Market Insights is a prominent market research and consulting firm offering action-ready syndicated research reports, custom market analysis, consulting services, and competitive analysis through various recommendations related to emerging market trends, technologies, and potential absolute dollar opportunity.Contact Us: Mr.Shah Coherent Market Insights 1001 4th Ave, #3200 Seattle, WA 98154 Tel: +1-206-701-6702 Email:sales@coherentmarketinsights.com