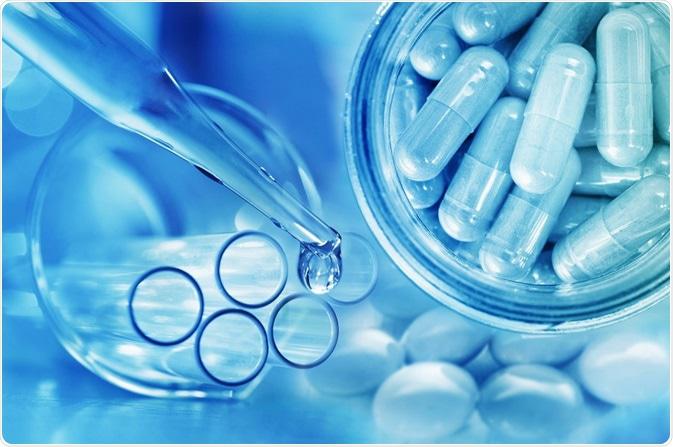 Global Biopharmaceutical and Biomedicine Market, By Product Type (Biopharmaceutical, Nanomedicine, Gene Therapy, Bioinformatics, and Molecular Enzymes & Kits), By Application (Therapeutics, Diagnostics, and Research and Development) and by Region (North America, Latin America, Europe, Asia Pacific, the Middle East, and Africa) was valued at US$ 358.4 Bn in 2016 and is projected to exhibit a CAGR of 9.4% over the forecast period (2017–2025), as highlighted in a new report published by Coherent Market Insights. Frequent launches and approvals of novel biopharmaceutical products is expected to drive the market growth in the near future.In 2017, Sanofi S.A. received U.S. Food and Drug Administration (FDA) approval for Dupixent (dupilumab) injection to treat adults suffering from moderate to severe eczema (atopic dermatitis). In 2017, F. Hoffmann-La Roche AG received FDA approval for Hemlibra (emicizumab-kxwh), indicated to prevent and reduce bleeding incidents among children and adults suffering from haemophilia A with factor VIII inhibitors. In 2017, Novo Nordisk A/S received the U.S. FDA approval for REBINYN (Coagulation Factor IX (Recombinant), GlycoPEGylated) indicated for treatment and control of bleeding episodes, and perioperative management of bleeding among children and adults. In 2017, Novo Nordisk received U.S. FDA approval for Fiasp (Insulin aspart injection). Fiasp is a fast acting mealtime insulin, which is indicated to improve glycemic control among adults suffering from type 1 and type 2 diabetes. In 2017, Serum Institute of India launched its Rabishield, a rabies monoclonal antibody, developed in partnership with the University of Massachusetts Medical School. In 2017, Mundipharma GmbH launched its Truxima (rituximab), a biosimilar monoclonal antibody for the treatment of cancer, in the UK, Germany, Italy, the Netherlands, Belgium, Republic of Ireland, and Luxembourg, following authorization by the European Medicines Agency (EMA). The launches and approvals of such novel biopharmaceutical and biomedicine technologies is expected to create a conducive environment for growth of the global biopharmaceutical and biomedicine market.Request A Sample Copy: https://www.coherentmarketinsights.com/insight/request-sample/18Biopharmaceuticals are drugs that are partially or fully manufactured, or extracted from biological sources. Biopharmaceuticals contain variety of products such as monoclonal antibodies, vaccines, recombinant human insulin, human growth hormone, erythropoietin, interferon, colony stimulating factor, and blood factors. Currently, biopharmaceuticals accounts for over one-fifth of pharmaceutical market, and this percentage share of biopharmaceutical is expected to increase, owing to its advantage compared to totally synthesize pharmaceutical drugs. Fewer side effects, high effectiveness and potent action, and ability to cure the disease rather than treat are some of the major advantages of these drugs.Continuous launch, approvals, and robust pipeline of biopharmaceutical products is expected to drive growth of the market In the recent past, regulatory bodies in key regions such as U.S. and Europe have approved a number of biopharmaceutical products, which have been subsequently launched in the market. For instance in 2017, Johnson & Johnson received U.S. FDA approval for its new immunology product—Tremfya (Guselkumab)—used for the treatment of moderate to severe plaque psoriasis. In 2017, Sanofi S.A. received U.S. FDA approval for its new Admelog, a rapid-acting insulin, indicated for the management of blood sugar levels at mealtime. In 2017, U.S. FDA approved GlaxoSmithKline Plc.’s New Shingrix, a shingles vaccine. FDA approved this vaccine to be used by people aged 50 years and above as an immunization against the painful condition caused by latent varicella infection. In 2017, Spark Therapeutics, Inc. received FDA approval for its LUXTURNA (voretigene neparvovec-rzyl). LUXTURNA is first gene therapy and pharmacologic treatment for an inherited retinal disease (IRD), and the first approved adeno-associated virus (AAV) vector gene therapy in the U.S. In 2017, HumanZyme Inc. launched its new HumanKine Interferon beta (IFN beta) expressed from HEK293 cells.IFN beta is an interferon of type I family, which activates Th1-type innate immune responses against viral and bacterial infection. In 2016, Novo Nordisk A/S launched its new next-generation once-daily basal insulin Tresiba (insulin degludec) in the U.S. market and in 2017, Nordisk A/S received China Food and Drug Administration (CFDA) approval to market its Tresiba (insulin degludec) in China. Such frequent launches and approvals of novel products is expected to drive growth of the market in the near future.Moreover, increasing funding and investments to support the development and research of new biopharmaceutical is also expected to drive the market growth. For instance in 2017, Indian government launched a National Biopharmaceutical Mission. As per the program, the government has invested US $250 Mn that includes a US$ 125 Mn loan from the World Bank to promote development of biological drugs in India. In 2017, The University of Liverpool and the Johns Hopkins University School of Medicine (JHUSM) collaborated for the development of new nanomedicine approaches for HIV therapy, and received an award of US$ 3 million from National Institutes of Health (NIH) to generate new technologies and continue research and development.Cost of biopharmaceutical and biomedicine products are quite high as these need research and development process, and its manufacturing is very complex process, which needs highly skilled scientists. Such expensive biopharmaceutical products are not affordable to organizations in emerging economies such as India, China, and Africa. High cost of biopharmaceutical and biomedicine is a major factor hindering its adoption. For instance, in India a vial of Avastin, a monoclonal antibody, costs between US$ 372.65 to US$ 402.46. High cost medicine is not affordable to everyone, hence, it is a major restraining factor for the market growth. Cost of gene therapy such as Kymriah is very high. Kymriah is a CD19-directed genetically modified autologous T cell immunotherapy indicated for the treatment of patients up to 25 years of age with B-cell precursor acute lymphoblastic leukemia. The cost of Novartis AG’s cancer therapy Kymriah is about US$ 475,000.Download the PDF brochure: https://www.coherentmarketinsights.com/insight/request-pdf/18About Coherent Market Insights: Coherent Market Insights is a prominent market research and consulting firm offering action-ready syndicated research reports, custom market analysis, consulting services, and competitive analysis through various recommendations related to emerging market trends, technologies, and potential absolute dollar opportunity.Contact Us: Mr.Shah Coherent Market Insights 1001 4th Ave, #3200 Seattle, WA 98154 Tel: +1-206-701-6702 Email:sales@coherentmarketinsights.com

07-28-2020 | Health & Medicine
Austrianova
Austrianova files Drug Master File with FDA
S.E. Asian company, Austrianova, headquartered in Singapore, announced today that it has filed a Drug Master File (DMF) with the U.S. Food and Drug Administration (FDA). This DMF provides all confidential and detailed information covering the production of Cell-in-a-Box® encapsulated cell products based on encapsulated HEK293 cells and derivatives. This includes CypCaps™, the encapsulated cell product that its’ partner and client PharmaCyte Biotech Inc., is about to use in
05-27-2019 | Health & Medicine
CAS DataLoggers
FDA Compliant Blood Storage and Preservation
Accsense Monitoring System Automates Data Archive and Alarming CAS DataLoggers provided the temperature alarming and monitoring system to a hospital blood bank looking to replace their old paper chart recorders as they became unreliable and spare parts were harder to find. For proper blood storage and preservation, the lab’s medical units needed to maintain storage temperatures between 2°C to 6°C (36°F to 43°F), given the perishability of blood components. The facility
01-31-2017 | Science & Education
GRC Training Solutions
fda online training
GRC Training Solutions provides end-to-end FDA compliance solutions for those companies who want to maximize security, minimize operational costs, improve staff productivity and stay on top of all their compliance documentation. GRC Training Solutions boasts a team of experts and specialists who have a proven track record in working with the biotechnology, medical device, diagnostic and pharmaceutical fields. Our team will work with you closely and develop solutions that meet
01-23-2017 | Business, Economy, Finances, B …
SGS
US FDA Prohibits 19 Antibacterial Soap Ingredients
The US Food and Drug Administration (FDA) has issued a final rule regarding 19 ingredients in over-the-counter (OTC) consumer antiseptic products intended for use with water. The FDA has now determined that these 19 ingredients are not generally recognized as safe and effective (GRAS/GRAE) and so, without an approved new drug application, products containing these ingredients are now considered misbranded – effective September 6, 2017. The US FDA issued its final
11-09-2016 | Science & Education
GRCTS
FDA online training
Description: Device firms, establishments or facilities that are involved in the production and distribution of medical devices intended for use in the U.S are required to register annually. Most establishments that are required to register with the FDA are also required to list the devices that are made there and the activities that are performed on those devices. Initially, FDA issued a 28-page Proposed Rule that would amend its regulations regarding
08-26-2013 | Health & Medicine
Merete Medical GmbH
MetaFix™ PlantarMAX™ Foot Plate received FDA-Release
Merete Medical GmbH announces the FDA-approval for MetaFix™ PlantarMAX™ plate. PlantarMAX™ is designed as the first plantar/medial Lapidus fixation plate which takes advantage of the biomechanically superior fixation on the tension side of the Metatarsal/Cuneiform joint during a Lapidus Hallux Valgus correction procedure. The fixation on the tension side of the joint is superior to dorsal or medial fixation and offers additional compression as the patient proceeds to weight bearing. Merete
Comments about openPR
OpenPR is clearly structured and remains true to its principle of confining itself to the essential parts. OpenPR has proven to be a very good and reliable partner to our media agency: Within the shortest time the releases are online and go down well with the media representatives. The success of OpenPR is reflected in the steadily increasing number of press releases. It is good that OpenPR exists!
Ursula Koslik, Director Marketing & PR, F+W Hamburg