Poverty Declines yet The Need Exists - A Call to Action From Dr. Larry Kawa DDS 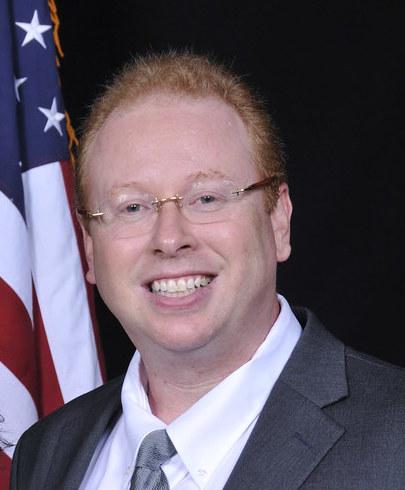 To whom much is given, much is required. These words are more than just a famous quote. They are words to live by and that embody our own individual responsibility to our community and ourselves. Over the last three years, we’ve seen the poverty rate come down significantly in the United States. According to the U.S. Census bureau, Poverty in the United States was at 14.0 percent in 2016. Now we’ve seen that number decline to 12.3 percent, representing millions of Americans who are now enjoying a higher quality of life thanks to our economic prosperity. However, just because poverty is on the decline, it doesn’t mean that the job is done. Often we will look at poverty and will say that it is the role of government to fix this problem. While government can play a role by setting the proper regulatory and societal structure for people to advance out of poverty, it is the responsibility of the individual to be able to help those most in need. There are still millions of Americans who are unsure where their next meals are coming from. If we all chipped in with our communities, we could make a huge impact. Personally, I’ve been part of A Soup Kitchen in Lake Worth Florida. They have provided quality hot healthy meals and fresh vegetables and canned goods totally free of charge to those in need for over a decade. While a hot meal may not solve everything that is wrong in someone’s situation, sometimes it can give them the security and the strength to make it to a better tomorrow. Sometimes all we need is a little help. Started during the Great Depression, soup kitchens where a way to feed a mass amount of people with very little money and employees/volunteers. Even in times of economic prosperity, soup kitchens can help so many people. I encourage all Americans to do your part. Maybe your part is giving money. Maybe it is giving your time as a volunteer. Maybe it is helping a friend who may be going through a bad time. Even if your contribution is prayer or simple awareness, everything helps. No child should go hungry in the United States of America, the world’s most prosperous nation. While hunger and poverty may exist forever, it still doesn’t mean that we should stop trying to bring those instances down to as few as possible Dr.Larry Kawa is a proud second generation orthodontist in Boca Raton Florida since 1993. Dr. Larry Kawa earned his degree from New York University in 1991 and his specialty certificate in Orthodontics and Dento-facial Orthopedics from New York University in 1993. He also earned a Bachelor of Arts in biology from Brooklyn College in 1987. He is a dual Board Certified Orthodontist, having been Board Certified by the National Board of Orthodontics. He is a member of the American Dental Association, Florida Dental Association, South Palm Beach County Dental Association (where he has served on the board of trustees), Broward County Dental Association and Southern Association of Orthodontists. Dr. Larry Kawa 20423 State Road 7 Suite F18 Boca Raton, FL 33498 drkawa@braces1.com Phone 561-852-7070

You can edit or delete your press release Poverty Declines yet The Need Exists - A Call to Action From Dr. Larry Kawa DDS here

06-11-2019 | Politics, Law & Society
Dr. Larry Kawa
A Thank You to our D-Day Vets from Dr. Larry Kawa
Boca Raton, FL – The debt of gratitude that our country and this world owes to the brave men and women who supported our country through World War II can never be filled. World War II was more than just a war about geography and which country got which territory, it was a war of ideas; the idea that we are all entitled to life, liberty, and the pursuit
05-14-2019 | Politics, Law & Society
Dr. Larry Kawa
Larry Kawa Analysis on Veteran Unemployment Rate Falling to 2.3%
One of the most important obligations our country has to its people is to take care of those who take care of our freedom, namely our veterans. For too long, veterans have given of themselves freely to our nation, only to find that there is little to come home to in the way of jobs, and a stable life. According to the May 3, 2019 report of the