Indo-Hamburg Relations: On A Promising Path? 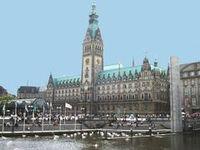 GIRT Hamburg invites Consul General Subashini to share views on India’s ties with Hamburg, on May 2, 2011Hamburg (19.04.2011): India’s emergence as an increasingly open and growing economy has led to a more active interaction with Germany. The liberalization of India’s economy and the ensuing growth in the bilateral trade has opened new avenues for cooperation not only in the business sector but also in other social and cultural spheres. The Hanseatic City of Hamburg takes a leading role in Germany’s engagement with India, owing to its ideal match to India’s sunrise industries in the field of maritime economy, civil aviation, logistics, and – not the least – in renewable energies. Hamburg’s trade with India grew by over 100% between 2005 and 2009, and over 10% of Germany’s total trade with India involves Hamburg. On the cultural front, too, Hamburg has taken a pioneering role with its strong India connections and with the regular organization of the “India Week” that has a strong cultural component. German-Indian Round Table in Hamburg is therefore pleased to host Mrs. M. Subashini, India’s Hon’ble Consul General in Hamburg, to share her perspectives on the strong and growing relations between Hamburg and India and the future course that these relations are expected to take. Mrs. Subashini will also shed light on some new policy measures in India that are relevant for the business community here and especially for the members of GIRT.The event will take place on May 2, 2011, at 18:30 hours. As a new experiment the event will be hosted in the premises of a member firm of GIRT. After the talk by Mrs. Subashini the participants will have time for a small get-together and networking. Details of the venue will be mailed to the confirmed participants. Participation in this event is possible by invitation. Those interested in receiving an invitation may write to tiwari@tuhh.de by April 27, 2011. Since seating capacity is limited we require binding registration and will send the confirmed participants a written affirmation of the registration prior to the event.The German-Indian Round Table (GIRT) was founded in 2001 and forms a loose federation of businessmen and entrepreneurs with strong ties and interests in India. GIRT is targeting to inform about India and strengthen Indo-German business relations. Members of GIRT support cultural and social activities related to India. German-Indian Round Tables are organised regularly in Aachen, Berlin, Düsseldorf, Frankfurt, Hamburg, Hanover, Leipzig/Halle, Munich, Nuremberg, Stuttgart und New Delhi/Gurgaon. GIRT connects about 3,000 people from the Indo-German business community. The head of the local GIRTs and the speakers work on a non-profit basis. Since February 2010 Dr. Andreas Waldraff from Berlin is the chairman of the GIRT. (Further information: www.girt.de / www.girt.in). The Hamburg Chapter of GIRT is headed by Mr. Rajnish Tiwari from Hamburg University of Technology (TU Hamburg-Harburg). Mr. Tiwari works there as a Research Associate at the Institute for Technology and Innovation Management and leads the Research Project “Global Innovation” (www.global-innovation.net). He has done extensive research on Indo-German business relations and is a co-initiator of the India Week in Hamburg (www.india-week-hamburg.org).Rajnish Tiwari Head, GIRT Hamburg c/o TU Hamburg-Harburg Institute TIM (W-7) Schwarzenbergstr. 95 21073 Hamburg, Germany

You can edit or delete your press release Indo-Hamburg Relations: On A Promising Path? here