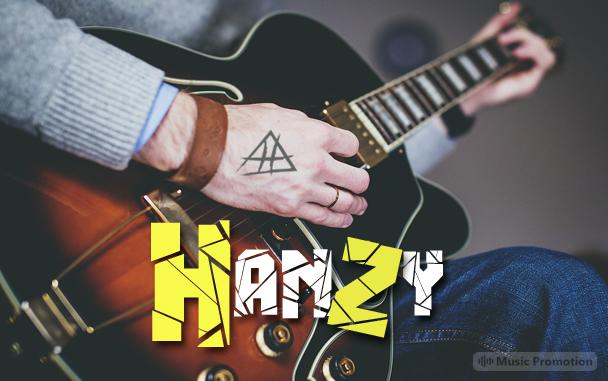 The young talented Dj Hanzy is one such artist who can get any sort of music enthusiasts hooked to his creations. It is this hypnotic quality of his creations that have gained him hundreds of fans worldwide. Trying to bring something new for the audience, Hanzy keeps his compositions close to the rhythmic scale making it rejuvenating in the process. His composition can easily be described as those magnetic tracks that will get anyone’s spirits lifted up after a tiresome day. The artist wants to revolutionise the music field with his EDM creations and it can be said without a doubt that he is making progress in his aim. Being an independent artist, he had to put in twice the effort compared to other artists in the industry. It is mainly the authenticity of the artist Hanzy that makes him stand apart from the crowd. The Scottish EDM DJ HANZY creates the sort of music that speaks to him, unlike others. Hanzy believes in giving his audience a soundscape into which they can escape from everyday reality and this is one of the reasons why lyricism is eliminated or kept to a minimal extent. The hypnotic rhythms and the perfect synchronization of the soundscape show the bright future the artist holds in the music world. Each of the tracks though based on the genre of EDM is poles apart from each other. Some of HANZY’s creation such as ‘Hanzy Hour – Sunday Session #20’, HANZY is also known for some of his other creations like ‘Hanzy Hour - Sunday Session #15’, ‘Hanzy Hour - Sunday Session #13’, ‘Hanzy Hour - Sunday Session #12’ and ‘Hanzy Hour - Sunday Session #11’ are all trending worldwide due to the professionalism that had been incorporated in them by Hanzy. He connects with his fans through Instagram, Twitter and Facebook.To listen his amazing tracks please visit the following link : https://soundcloud.com/hanzy-musicAlso follow him on social links : Twitter : https://twitter.com/hanzy_dj Facebook : https://www.facebook.com/hanzydj Instagram : https://www.instagram.com/hanzy_musicWe at Music Promotion Club have helped various artists, musicians, lyricists and many others with Soundcloud Promotion. To promote your music and get an entry into the esteemed music industry, soundcloud promotion is very effective. We manually do all the Promotions via our dedicated team and guarantee you to be able to show results after an week of promotion.Music Promotion Club India West Bengal Kolkata- 700040 5/10 A Netaji Nagar info@musicpromotion.club https://musicpromotion.club/

03-14-2019 | Leisure, Entertainment, Miscel …
Music Promotion Club
The Scottish DJ Artist HANZY has Released his Much-Awaited Creations to the Musi …
When it comes to producing versatile hits nobody can come close to the DJ/ music producer HANZY. He is about celebrating life and his creations show exactly that. While others look for words to communicate with the world, HANZY does so with only music. This incredibly talented Scottish DJ artist has been dominating the stage with his creations and launched a total of thirty-one tracks till now. Among
12-19-2018 | Leisure, Entertainment, Miscel …
Music Promotion Club
Enjoy the Dance Beats and the Music in Scotland Music Artist Hanzy’s Tracks
One of the most popular artists in the music world is Hanzy. He is a 17 years old DJ artist and producer, his music is inspired by progressive or future house and big room. His song mainly belongs to EDM genre. The sound in his tracks gives a modern feel without any doubt. There are certain moments of delicacy, but there are also moments with a little more weight and
Comments about openPR
9 o'clock: discuss press release with client, 10 o'clock: submit release to openPR, within the briefest possible time release is published and displayed in a prominent place on openPR.de. I am thrilled!
Zehra Spindler, Calypso Now! - Communication Agency