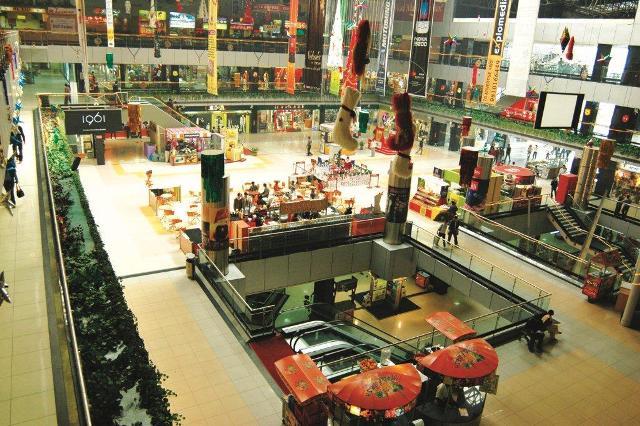 The India growth story over the last few years, despite an intervening economic downturn, has been encouraging. GDP growth rate during the previous two years was about seven per cent. Growth has been fuelled by sustained investment and buoyant services. The Indian retail market has witnessed consistent growth over the last few years, maintaining its share of around 30 per cent of the GDP at current prices.These market observations are part of the India Retail Report 2011*, released last month. It offers key sizing and projections for 15 major retail verticals (apparel, footwear, food, leisure, consumer electronics…) in India, along with major trends in retail technology, design, HR and retail real estate.Some statistical nuggets from the detailed analyses and interpretations contained in the report: On a yearly basis there has been a constant growth of eight to nine percent in private consumption (PC) value as GDP maintained its growth run. The retail sector – being a reflection of PC – moves in tandem with growth trends in PC. During the downturn, the emphasis on savings replaced the aspirations of spending. The fiscal year 2008-09 marked the nadir of such trends, but reviving from 2009-10, private consumption growth rate is estimated to touch double-digit figures by FY 2012-13.The growth in economy has been well supported by the growth in income. Over 40 million Indians earn a salary of over 897,000 a year (approx 13,840 €); this is set to rise to 140 million Indians in the coming years. According to McKinsey & Co, the average real household disposable income is set to gallop – from113,744 (approx 1,751 €) in 2005 to 318,896 (4.910 €) in 2025 at a CAGR (compound annual growth-rate) of 5.3 per cent. Compare against the fact that in the last two decades this growth has been about 3.6 per cent. The number of high-income households exceeded that of low-income by the end of 2009-10.Retail in India – A sustainable storyThe Indian retail market has witnessed consistent growth over the last few years, maintaining its share of around 30 per cent of the GDP at current prices. The share of retail in private consumption rose to 53.3 per cent in 2009-10 from 52.9 per cent in 2006-07. The total retail market is valued at 1,948,916 crore (300 bn €), out of which only 126,680 crore (19,5 bn €) – or 6.5 per cent of the total market – is organized or modern retail. The organized market will be growing at a CAGR of 27.69 per cent and is expected to touch 206,500 crore (31,7 bn €) in 2011- 12. The share of the modern retail market in the GDP is 2.1 per cent and in private consumption is 3.4 per cent. The last two years have probably been a hard lesson for the industry, which is now approaching growth with a more cautious outlook. The 300 bn € Indian retail market is composed of multiple categories, which together make up for the market size. The largest category is Food & Grocery with 67.6 per cent share. As can be expected, this category has been consistently showing the highest contribution. The next three retail categories in succession are Apparel & Clothing, Catering & Food Services, and Jewellery with 7.3, 4.7 and 4.1 per cent share, respectively. Over the last few years, the fastest growing retail categories have been Food & Grocery, Leisure, Catering & Food Services, Pharmacy and Personal Care & Fitness at a CAGR of 19.12, 9.15, 8.96, 8.4 and 7.77 per cent, respectively.The 126,680-crore (19,5 bn €) modern retail sector, which is 6.5 per cent of the total market, is growing at about 17.39 per cent year-on-year. The retail category in organized market contributing about 35 per cent is Apparel & Clothing, followed by Food & Grocery at 12.5 per cent, Footwear with 9.3 per cent and consumer electronics with 9.2 per cent. Personal Care & Fitness, Accessories and Eyewear are yet to touch single-digit contribution rates. Categories such as Mobile & Telecom and Pharmacy, which grew at a CAGR of 24 per cent or more, have been the highest growing categories. The categories following them are Entertainment & Gaming, Food & Grocery, and Catering & Food Services. The topmost category in terms of share of the organized market is Footwear (66 per cent), followed by Timewear (62 per cent), Eyewear (39 per cent), Apparel & Clothing (31 per cent) and so on. New formats and categoriesNew categories are emerging as youth in India get a wallet and a voice. According to McKinsey India the rich have gone richer at twice the rate than anyone had predicted, 40 Million households (200 million people) will double in the next ten years to 94 million households who can afford branded lifestyle products. 240 million Indians are below the age of 18 years, another 300 million between 18-36 years – all of who are trying to find what categories they should spend their money at. This development also implicates the necessity for retailers of finding new and multiple formats, of granting efficiency on the supply side, and of giving more focus on in-store selling and building up customer loyalty. International partners in retail wishing to learn more about the Indian retail market and to meet its key players may be interested in two upcoming events in Mumbai: India Shopping Centre Forum (ISCF) on 13/14 May 2011 and India Retail Forum (IRF) on 21/22 September 2011, both held in The Renaissance Hotel & Convention Centre. Further, a new tradeshow for retail supplies, IndiaShop, will be launched on 13-15 March 2012 in Mumbai, Bombay Exhibition Center, Goregaon. *India Retail Report 2011, published by Images Group, Delhi/India, 317 pages, 140€/200 $.Images Group, established in 1992 in Delhi, specializes in the publication of trade magazines and yearbooks, in retail intelligence, online portal services and in the organization of conferences and exhibitions in the retail, food and fashion sector. Images Group S-21, okhla industrial area, phase II New Delhi 110 020/India p +91-11-40525000 f +91-11-40525001 www.imagesgroup.inYour international press contact:Susanne Weller Parkstraße 27 40477 Düsseldorf/Germany Phone +49-211-16453973 susanne-weller@t-online.de

12-08-2010 | Business, Economy, Finances, B …
Images Group, Delhi/India
Consumption-oriented India – Further Expansion of International Fashion Brands …
This autumn the US fashion chain Forever 21 opened its doors to the denizens of Delhi. The serpentine queues outside and later, the cash counters bore testimony to the brand having made the right impact. The store’s 10,000 sq. ft. area in the Ambiance Mall well stocked with clothes, shoes and accessories, shouted it was ready for combat. Prior to the opening, the marketing team, aligned to the mindset of
12-01-2008 | Business, Economy, Finances, B …
Images Group, Delhi/India
INDIA - ALWAYS IN FASHION
India has always been a tremendously rich sourcing ground for fashion creativity. The world's leading fashion makers have very frequently been inspired by the diversity of India's colors, textiles and garments. In short, the country's relationship with great fashion is nothing new. It has always been there, but now, it is changing, as Indians modernize and globalize. The 9th edition of INDIA FASHION FORUM, to be held on 27/28 January 2009