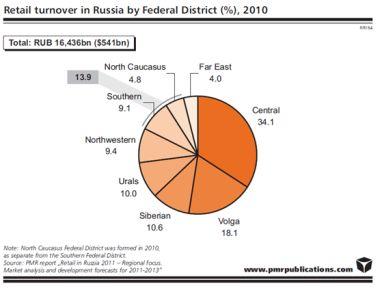 11-08-2010 | Business, Economy, Finances, B …
PMR Publications
Construction output in Poland up by 10% in 2011
The forthcoming year 2011 can be a breakthrough year for the construction industry in terms of construction output. Provided that the winter weather conditions are relatively favourable, the 2011 average annual growth rate can be up to 10%, driven by large civil engineering projects and major improvement in the building construction sector. According to a report prepared by research company PMR, which is entitled "Construction sector in Poland, H2 2010 -
11-06-2010 | Business, Economy, Finances, B …
PMR Publications
Russian construction industry recovers after the downturn
For the first time this decade, in 2009 the construction industry in Russia, which was severely affected by the global economic downturn, shrank in comparison with the preceding year. In the current year, a recovery has begun, prompted by the numerous projects supported or directly funded by the government. In the next few months, growth in the construction industry will be driven by the civil engineering and residential construction subdivisions
11-06-2010 | Business, Economy, Finances, B …
PMR Publications
Retail market in Russia to grow by almost 10% in 2010
The growth rate of the Russian retail sector dropped severely last year due to worsening economic conditions, weakening purchasing power growth and the depreciating rouble. As a result, the retail market's value increased by only 5% in 2009 after several years of roughly 25% annual growth. Nevertheless, the situation has improved this year, and the retail market is expected to once again reach double-digit growth rates in subsequent years. According to
10-28-2010 | Business, Economy, Finances, B …
PMR Publications
Polish Private Label Market Grows In Crisis
The value of the Polish private label market jumped by 29% in 2009, according to estimates presented in “Private label in Poland 2010”, a new report from PMR. The high rate of market growth was a consequence of buoyant sales at hypermarkets and discount stores, which surged by 34% and 31%, respectively. The robust growth in the value of the Polish private label market in 2009 was no doubt helped