The Rise of the Art Tattoo 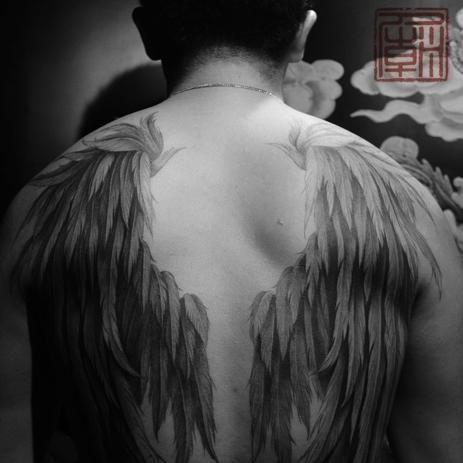 Sources of tattoo inspiration are no longer found in the well worn pages of flash designs. Professional from all fields are now commissioning artists to design unique body art. A free Western masterpiece library of around 50,000 images has been released by a tattoo studio, signifying the rise of the art tattoo. The number of tattooed people world-wide is estimated to be in the hundreds of millions. There is of course no way to accurately count every person wearing ink, surveys of varying sizes and veracity have been conducted across the globe. One indisputable fact remains – tattoos are becoming evidently and markedly popular (pun intended). It could be said that tattooing is undergoing somewhat of a modern day renaissance. Even 60 years ago the tattoo studio’s primary clientele consisted of sailors, army men and those who have often been categorized as ‘rough individuals’. When speaking with Tattoo Temple in Hong Kong – we discovered that the vast majority of their clientele consists of international business executives, CEO’s and professionals from all fields. Far from a uniting ‘tattooed’ bond joining the once separate socio-economic classes it seems that a new divide is forming: those who wear tattoo art and those with tattoos. The difference might seem to be a subtle one from outside the industry but examples of work from the two sides are staggeringly different. Standard designs are the most commonly thought of, searched for and sold tattoo images. These are often referred to as ‘tattoo flash’. They are the pictures of cartoon characters, suns, moons, roses, hearts, dragons, flowers and most every discounted drawing you could expect to find in a well stocked sticker album. Much like going shopping for a T-Shirt, flash tattoos are prefabricated designs used again and again. The use of tattoo flash could be readily explained through economic terms as impromptu requests in tandem with the financial means of the tattoo studio’s clientele dictated the need for immediate, speedy application of designs. One caveat being that there does exist a range of shared imagery amongst various, often tribal, cultures where tattoo designs are consistently reused. Tattoo flash here obviously does not refer to this meaningful and artistically rich native or tribal iconography. The art tattoo finds its inspiration in mutual, often lengthy collaboration. No longer constrained to the stock set of images found in tattoo flash, the art tattoo draws its inspiration from every imaginable source. Clients can approach the artist with either a clear image of their perfect body art or a general idea of what elements or style they would like incorporated. Once the positioning, color and design elements have been discussed – the artist will then take some time to create an entirely unique piece for the client. As in the same way that many will not buy their suit off the rack – the rise of the art tattoo is becoming a lifestyle choice of the discerning. Tattoo Temple in Hong Kong was the first studio in the region to introduce custom designed body art. Tattoo Temple’s artworks are tailor made and no design is repeated. Breaking through the stereotype of the flash tattoo mindset, Tattoo Temple has seen unparalleled success. The studio is also home to the International Tattoo Academy (ITA). For inspiration from more classical sources Tattoo Temple has released an artist reference library. The library consists of over 50,000 images and features a wide range of Western masterpieces. It is available online: http://tattootemple.hk/introduction-tattoo-stylesUnique Living Art Org. is a conglomeration of artists from every walk of life.18th Floor Tak Woo House 17 D'Aguilar Street Central Hong Kong 00852

07-27-2011 | Arts & Culture
Unique Living Art Org. Ltd.
TLCs Tattoo School
The latest TLC show titled ‘Tattoo School’ has caused global uproar throughout the tattoo community. Students who seem to lack any foundation in art or design are given two weeks to learn how to tattoo. Without question, righteous indignation from genuine tattoo artists ensued. Tattooing is an art form to which many have dedicated decades and still not achieved the levels to which they aspire. This art form is now