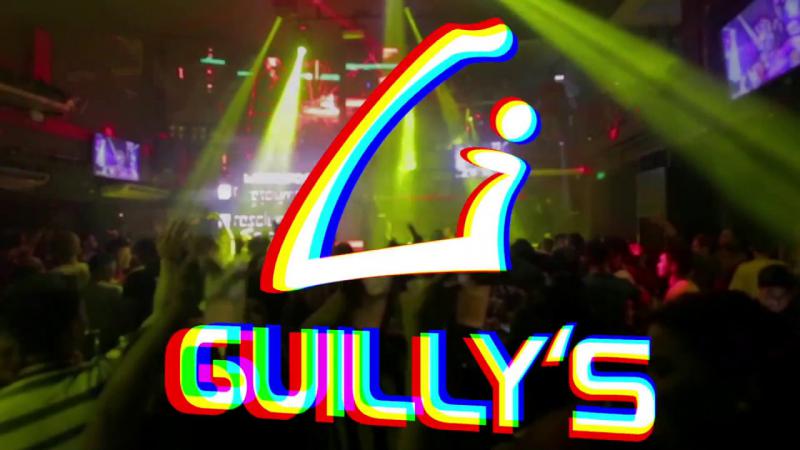 The decision was made after four months of intensive review over Alyssa’s continuous performance for Guilly’s Night Club.Alyssa started working at a very young age, she insisted on working despite her parents being completely against it. She chose to work as she was eager to be independent and experience a sense of responsibility by sending herself to college by her own means. Despite the arduous tasks at work, she managed to juggle both her corporate career and her school life. After graduating from college with a Bachelor’s Degree in Business Administration in June of 2015, she finally had complete control over her time to showcase her skills and give her full focus to her job. For Alyssa, the day she graduated will always be a memorable one – as it felt completely different stepping into the office with a degree.Alyssa continued with her work at Quantrics Enterprises where she served as an executive assistant to four vice presidents (Workforce, IT, Finance, Security, and Compliance) of the company. Here, she was able to apply and hone the skills she obtained during college and her previous jobs.Her struggle and her passion did not start there. Prior to working at Quantrics, Alyssa served as an executive secretary and administrative officer to numerous big-shot companies in the Philippines – all of which was in various industries such as Web and App Development, Real Estate, and Entertainment. Today, she is the youngest and the first female operations manager for Bicentennial Food Conglomerate Corporation.Due to her knowledge, understanding, thorough decision-making skills, and reasonable judgment, Alyssa now serves as the newly appointed General Manager of the Bicentennial Food Conglomerate Corporation.Alyssa’s integrity and drive to work with various people has motivated and molded her into an individual with big dreams and goals in mind. She continues to look at things at a more significant stance and challenge the impossible.Guilly's Night Club is the number 1 most famous clubs in the Philippines. It is also one of the biggest with state of the art lights and sound system. It is open every day including on Sundays from 8PM to 8AM. It has a mixed crowd of young and mature with full house every night. Located in #27 Tomas Morato, Quezon City, operating since 2005, it is one of the longest running nightclubs in Philippines. Always providing excellent fun, entertainment experience every day of the week. It offers very reasonable prices compared to other areas of Metro Manila but the entertainment experience is world class.#27 Tomas Morato Avenue corner Scout Albano St., South Triangle Quezon City, Metro Manila Philippines 1103 Contact: Mr. Azhar (Bill) Khan +639171155973

06-19-2017 | Business, Economy, Finances, B …
Pet Rainbow Project
A Toy On A Mission To Unite A Divided World
Meet The World’s Best Friend...Pet Rainbow A plush toy on a mission to unite a divided world. JUNE 15TH, 2017: ​Today, ​Alyssa Pulice, Creative Director, announces the launch of The Pet Rainbow Project. The goal of The Pet Rainbow Project is to teach core values that inspire positive behaviors so that together we can put an end to racism, bullying, violence and hate crimes. “Pet Rainbow is a soft touch that we need
05-17-2011 | Business, Economy, Finances, B …
TAG think
Alyssa Lane Fowler Of Mckesson Wins First Annual TAG Diversity Leadership Award
Atlanta, GA, May 3, 2011— Alyssa Lane Fowler of McKesson was the winner of the First Annual Technology Association of Georgia (TAG) Diversity Leadership Award presented at a dinner ceremony April 26th at Villa Christina. Lisa McVey, CIO of McKesson nominated Ms. Fowler for her outstanding leadership of internal diversity initiatives and made the introduction at the event. Alyssa shared her passion for her efforts by making an impromptu
04-08-2011 | Business, Economy, Finances, B …
Allen Media Strategies LLC
Int Opp: What's the STRANGEST way to spend lottery winnings?
For Immediate Release Contact: Alyssa Joy 703-589-8960 alyssa@allenmediastrategies.com Millions richer than they were last week, the "Albany Seven" might just cut their winnings in half--on purpose. Several years ago, seven New Yorkers formed a unique pact: They'd "go in" together on lottery tickets and wouldn't quit until they won big. Their $319 million Mega Millions jackpot is BIG, but what these lucky seven might just do with it may well be even bigger. Pop quiz: What's
04-04-2011 | Health & Medicine
Allen Media Strategies LLC
Why do we fall in love? Psychologist Roya Rad has the answer.
For Immediate Release Contact: Alyssa Joy 703-589-8960 alyssa@allenmediastrategies.com Why do we fall in love? Psychologist Roya Rad has the answer. "In today's world," says Rad, "especially in the more technologically advanced areas of the world, many people are not only looking for physical compatibility but emotional, mental and spiritual synergy. In today's life, humans are becoming more aware of their deeper needs and are learning a sense of self-value that encourages them
03-28-2011 | Health & Medicine
Allen Media Strategies LLC
Int Op: The Dr Phil...of Chiropractic Scams?
For Immediate Release Contact: Alyssa Joy 703-589-8960 alyssa@allenmediastrategies.com This Dr. Phil isn't a household name-yet-but in the more shady chiropractic circles, he is persona non grata. Out to expose the myths, scams, and malpractice procedures used by many of his colleagues, Dr. Phil Yamamoto refuses to remain silent while patients are manipulated, frightened, and given misinformation by chiropractors across the US (and beyond). Ask Dr. Phil: --What primary three lies patients are told on their
03-24-2011 | Science & Education
Allen Media Strategies LLC
Int Opp: Madness in March: Tiny Tim, Dickens, Scrooge...and Jesus?
For Immediate Release Contact: Alyssa Joy 703-589-8960 alyssa@allenmediastrategies.com Pastor Cheryl Kincaid, long-time, critically acclaimed Dickens scholar, has the answer. Author of Hearing the Gospel through Charles Dickens' A Christmas Carol, a devotional drawing surprisingly strong parallels between fact (Christ's coming) and fiction (Scrooge's redemption), one interview with Kincaid will forever change the way believers view Dickens and his works. An entertaining storyteller herself, Kincaid's message--and personal story of redemption--is bringing believers around
Comments about openPR
We publish our press releases on openPR.de because we like people who are "open" - just like us.
Frank Obels, CEO, INCONET - Informationssysteme, Communication und Netzwerkberatung GmbH