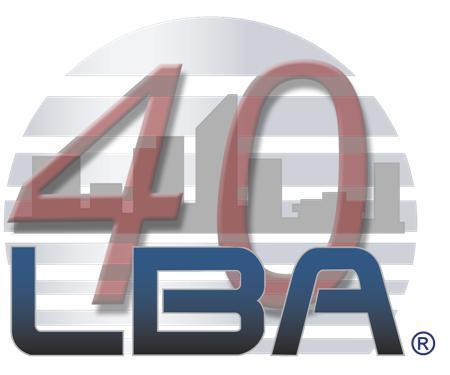 The Latin Builders Association® (LBA), the largest Hispanic construction association in the United States, will host the first debate for Miami-Dade County Mayor at the monthly luncheon on Friday, March 25, 2011 at the Big Five Club, 600 SW 92nd Avenue, Miami Florida. Three of the top Miami-Dade mayoral candidates, Mayor Julio Robaina, Commissioner Carlos A. Gimenez and Representative Marcelo Llorente will be provided with a platform for their first debate at the LBA luncheon. In 1997, Mayor Robaina was elected Councilman for the City of Hialeah for a four year term and he was re-elected in 2001. In 2005, he was elected Mayor of the City of Hialeah. Carlos A. Gimenez, District 7, was first elected to the Miami-Dade Board of County in 2004 and was re-elected in 2008. Representative Marcelo Llorente, District 116, was elected to the House in 2002 and was subsequently re-elected. “As an association, we are extremely invested in the future direction of our local communities and our State. As such, we are eager to provide a platform for Mayor Julio Robaina, Commissioner Carlos A. Gimenez and Representative Marcelo Llorente to communicate with our membership about their platforms for Miami-Dade County Mayor and plans for the future,” said Noelia E. Moreno, President, Latin Builders Association®. “All three of these individuals play an integral role in our community and we very much appreciate that they are coming to address our membership during this pivotal time.” About LBA Established in 1971 by a group of local contractors, Latin Builders Association, Inc. ® has embodied the interests of builders, developers, contractors, architects, engineers, plumbers, electricians and tradesmen associated with the business of construction, striving to provide a vital forum for discussion, networking, training/development, and representation at the local, state and federal level. Today, we are the largest Hispanic construction association in the United States, representing over 750 member companies throughout South Florida. Throughout our 40 year history the LBA has been vigorously involved in local, state and federal issues that have an effect on our community and state. The LBA’s core goal is to represent and further the interests of the South Florida Community, the local building industry, and the individuals and companies that strive day after day to make this a better place to live, work and play. For more information please visit www.lbaorg.com. Latin Builders Association 4110 Laguna Street Coral Gables, FL 33146 Jamie Levin jlevin@lbaorg.com 305.446.5989x8

06-24-2022 | Industry, Real Estate & Constr …
MIAMI ROOFING CONTRACTOR MIBE GROUP INC.
Miami Roofing Contractor MIBE Group Offers Range Of Services In Miami
Miami Roofing Contractor MIBE Group is happy to offer various services to residents and businesses within their community. They are committed to providing a high-quality team for roof repair, roof replacement, and other maintenance services. They have provided peace of mind to customers in Miami, Florida, by keeping their homes safe and beautiful for the last 30 years. Locally owned and operated residential and commercial roofing contractors (https://miamibestroofing.com/miami-commercial-roofing-contractor/) can tackle any
06-23-2022 | Politics, Law & Society
Miami Apostilla
Miami Apostilla pride in Providing Fast FBI Background Check Authentication Serv …
Miami, Florida Jun 24, 2022 - Miami Apostilla offers fast Apostille services for FBI Background Checks issued by the Federal Bureau of Investigation (FBI). Contact Miami Apostilla to request assistance. They will be able to obtain your background check in a matter of days. This expedited service is essential if you need to have the process completed in 2-3 weeks. People may need to submit an FBI Background Check and an
06-23-2022 | Business, Economy, Finances, B …
Miami Apostille Translations
Miami Apostille Translations - A Fast-Growing, Leading ATA Translation Service I …
Miami Apostille Translations pride offers English-to-Spanish translation and apostille services for individuals and businesses in Miami. Miami Apostille Translations is a leading and rapidly growing ATA translation service provider in Miami. Its pride offers a wide range of professional language solutions for individuals and businesses in Miami. Miami Apostille Translations offers quality English-to-Spanish translation services in Miami via their network of over 2000 highly-skilled interpreters. They provide professional language services, including translations
11-23-2021 | Leisure, Entertainment, Miscel …
Feet Up Carpet Cleaning Miami
Miami Mold Removal and Remediation Experts – Feet Up Carpet Cleaning Miami
Today, we want to talk about Feet Up Carpet Cleaning Miami and their services, particularly their mold removal and remediation service. They are located on NE 5th Ave, Miami, Florida. They provide mold remediation services for residents and businesses across Florida, from Boca Raton to Davie, Miami Beach, and Palm Springs. So, are you a home or business owner in Florida? Have you recently sighted mold or suffered any
08-29-2013 | Business, Economy, Finances, B …
Miami Real Estate Team the premier real estate agent in Miami
Miami Real Estate Team the premier real estate agent in Miami
North Miami Beach, MIAMI, August 29, 2013: Miami Real Estate Team is recognized as a premier Miami real estate agent or broker as the company holds a rich experience in Miami Real Estate and capable to provide all valuable information about Miami Condos, home or business. A consultation with a real estate agent is always a wise step while considering buying or selling a property as these experienced agents would fetch
02-27-2013 | Arts & Culture
The Miami Arts and Entertainment Council
The Miami Arts & Entertainment Council Presents its Third Annual "Paint Me Miami …
MIAMI – Feb. 25, 2013 –The Miami Arts & Entertainment Council (MAEC) invites talented Miami artists, art students, up-and-coming artists and art aficionados to participate in its third annual art competition, “Paint Me Miami.” “Paint Me Miami” is an open competition where all artists working in two-dimensional painting media are eligible to enter provided they meet the rules. To conform to the spirit of the awards, all work must be original
Comments about openPR
I can't but agree to the positive statements about your portal: easy to use, clear layout, very good search function, and quick editing!
Jens O'Brien, Borgmeier Media Communication