I’m no feminist, says Euro company boss and global guru Ines Pires - but hopes her own success story in the often male dominated corporate world will inspire other women 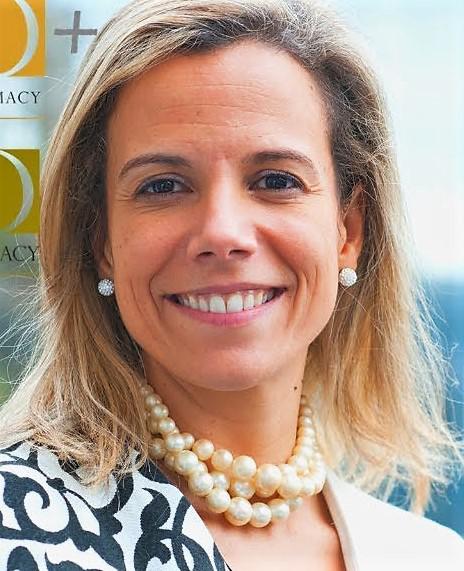 You can edit or delete your press release I’m no feminist, says Euro company boss and global guru Ines Pires - but hopes her own success story in the often male dominated corporate world will inspire other women here

03-28-2019 | Business, Economy, Finances, B …
Graham Garnett
I’m no feminist, says Euro company boss and global guru Ines Pires - but hopes …
A real belief in herself and a quest for excellence in networking, education and culture, has spurred on global economics guru Ines Pires in her hugely successful 20-year career. This Brussels-based wife, mother and diplomat combined is a respected figure in world economy, politics and the corporate scene. In the month when International Women’s Day was celebrated, her own story shines out as an example to high-reaching females everywhere. Besides
03-12-2019 | Tourism, Cars, Traffic
PROCOLOMBIA Europe
Colombia leads the UNWTO Music Tourism Network
UNWTO and ProColombia launched the Music Tourism Network at ITB Berlin, the foremost business platform for global touristic offers, where Colombia won the prize as the fastest growing destination in the Americas in Germany, with an accumulated 59% in five years. Berlin, March 11. The Deputy Minister of Tourism of Colombia, Juan Pablo Franky, and the director of UNWTO Affiliated Members, Ion Vilcu, launched on Thursday the UNWTO Music Tourism Network
11-07-2018 | Tourism, Cars, Traffic
PROCOLOMBIA Europe
Colombia becomes a world leader in the promotion of international tourism throug …
London, November 2018. With the goal of analyzing and depicting the immense potential music has to promote one destination among international travelers, ProColombia, alongside the UNWTO and Sound Diplomacy, released a White Paper titled, ‘Music is the New Gastronomy’. The release was at the World Travel Market (WTM), one of the biggest tourism fairs in the world which takes place in London, between November 5th and 7th, 2018. For this reason, there
06-22-2018 | Politics, Law & Society
Japanese Embassy
Cannot ignore women's role in history, says Lady Samurai
After teaching a course entitled “Lady Samurai in Medieval Japan”, Dr Tomoko Kitagawa was dubbed the Lady Samurai by her students. This title has stuck as she has pursued her two greatest passions: history and mathematics. Her incredible journey has seen her become a role model for young women in Japan and throughout the world. Born and raised in the small city of Omuta in Japan, Kitagawa decided to study overseas
04-05-2011 | Business, Economy, Finances, B …
American Profit Recovery (APR)
Collection Agency Recognizes National Lawn Care Month
American Profit Recovery supporting those in the lawn care industry and helping “green” causes in the process Marlborough, MA, April 05, 2011 -- American Profit Recovery, a collection agency based in Michigan, Massachusetts and North Carolina, is once again recognizing National Lawn Care Month and the small businesses that work very hard to maintain lawns for customers of all sizes around the country. As a collection agency serving the needs of lawn
11-15-2010 | Arts & Culture
Impact Abroad
Impact Abroad Selected as Top Program by U. S. Center for Citizen Diplomacy & U. …
Impact Abroad is pleased to announce its selection as a Top Program by the International Voluntary Service Task Force and the U.S. Center for Citizen Diplomacy (USCCD). The U.S. Summit for Global Citizen Diplomacy is a national meeting presented by the USCCD in partnership with the U.S. Department of State, Office of Public Diplomacy and Public Affairs. The International Voluntary Service Task Force will look at innovative volunteering projects based
Comments about openPR
We publish our press releases on openPR.de because we like people who are "open" - just like us.
Frank Obels, CEO, INCONET - Informationssysteme, Communication und Netzwerkberatung GmbH