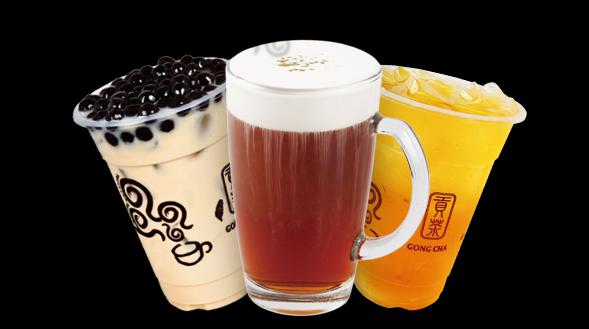 New York, USA - At this point it’s hard to react with shock or surprise, as Gong Cha Bubble Tea Franchise literally has something new in store for us all, Bubble Tea lovers. However, we can’t resist to be so very excited! This time around Gong Cha Franchise has two grand openings in two very awesome and also, fortunate cities! Moreover, these grand openings come with some very sweet and tasty surprises. According to the President of http://www.GongChaUSA.com/, Anchal Lamba, “For starters, Gong Cha will be opening a new location in Massachusetts. To be a bit more specific - Gong Cha Franchise will be opening a Boba Tea shop in Cambridge - Boston! Since, Gong Cha made their debut in Boston - the people of Boston have developed a craze over Gong Cha Boba Tea drinks and can we blame them? “No!“ Instead Gong Cha Franchise will be opening up a new location in Boston Side Mall on March 20, 2019.”Anchal says “If you’re in the area you MUST ATTEND THE EVENT! It’s going to be a fun filled event and if you haven’t tried Gong Cha’s new, Strawberry Delight Bubble Tea series this would be the perfect opportunity to do so! You can also, try out Gong Cha’s new Strawberry Tapioca Pearls!”If all this wasn’t enough, Gong Cha will be doing just the same thing but in Frisco,Texas on March 22, 2019. If word has not yet gone around - the people of Texas are going to be over the moon to say the least, as they’ve embraced Gong Cha Bubble Tea drinks immensely. This will be the 1st Gong Cha Boba Tea shop in Frisco, Texas. It’s expected to be an eventful grand opening!If you’re in the area, be sure to check out this very awesome event. In addition, if you do attend - you must try Gong Cha’s latest Bubble Tea series - The Strawberry Delight series. It consists of five Boba drinks, which were created to satisfy all types tastes! You’ll be blown away and that is a sure thing! About Gong Cha:Gong Cha was initially founded in Kaohsiung, Taiwan. Gong Cha means "Tribute tea for the emperor". Gong Cha is a successful Bubble Tea Franchise. Gong Cha has tea shops locations all around the world and many locations in the USA, which include New York, New Jersey, Texas and Massachusetts.Gong Cha believes and takes pride in serving quality Bubble Tea. Their teas are blended with an array of fruits, toppings and some very creative and delicious mixes.They take pride in offering their customers freshly brewed teas and ingredients at all times. Teas and Tapioca Pearls are refreshed every four hours to ensure that all customers have a fresh Bubble Tea beverages.Contact:To learn more about Gong Cha's latest Grand Openings in Cambridge - Boston and in Frisco, Texas, or if you have any additional questions, you’ll want to reach to Gong Cha Franchise. Do not hesitate contacting Gong ChaGong Cha USA today is one of the most recognized bubble tea brands around the world. Known for quality tea and service, Gong Cha USA has withheld its reputation against many existing competitors.Gong Cha USA 626-203-5741 inquiries@gongchausa.com http://www.gongchausa.com/75 West 38th Street, Greater New York City Area New York, NY, USA