Niseko Japan to be the ‘Aspen of the East’ 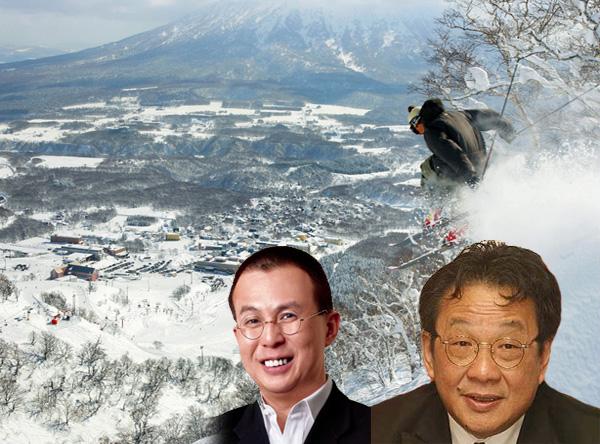 Niseko Japan to be the ‘Aspen of the East’

Richard Li, the son of China’s richest man Li Ka-Shing, and Francis Yeoh, the son of billionaire Seri Yeoh, are planning to turn the Japanese village of Niseko into Asia’s equivalent of Aspen in Colorado.Pacific Century Premium Developments, owned by Richard Li, is investing US$1.2 billion into two hotels and a resort with three thousand luxury condominiums in Niseko’s Hanazono area.Francis Yeoh, the founder of Malaysian construction company YTL, has spent $10 million renovating the Green Leaf Hotel in Niseko. He has also bought land, at a cost of US$66 million, for a residential project named Hinode Hill, which includes penthouses with private, traditional Japanese baths. “We aim to establish Niseko village as the ‘Aspen of the East,’ commented Yeoh.The small village of Niseko, whose population is just 4,600, is located on the northern island of Hokkaido, Japan. The ski resort benefits from an average snow fall of eleven feet during the month of February, second only to Mount Baker in Washington, USA.Australian tourists seeking snow have largely shaped the area over the last decade as Australia has a similar time zone to Japan meaning there is little jet lag. With the arrival of the Aussies came Irish themed pubs, Tex-Mex eateries and pizza joints.However, recently wealthy visitors from mainland China, Hong Kong and Singapore have started taking to the slopes and it seems that the pubs and fast food outlets could be replaced with five star restaurants and designer boutiques, as happened in Aspen, Colorado.“Aspen grew organically…not because there is a collection of world class shopping and dining, that came later,” said Jeff Hanle, a spokesman at Aspen Skiing Company.“I don’t know that it is possible to recreate,” he added.Still, Francis Yeoh thinks it is. He is planning to include shopping streets with luxury businesses such as Moet, Hennessy and Louis Vuitton.“We’re working on serving the affluent through retail, residential, and restaurants,” commented James McBride president of YTL’s hotel division.The next surge in visitors to Niseko is likely to come from mainland China after Japan eased visa restrictions for Chinese tourists last year. China Eastern Air along with Air China have also added direct flights from Shanghai and Beijing to Sappro’s Chitose Airport which is about ninety minutes’ drive from Niseko.The local government has also responded hiring Wenxuan Han, a 33 year old from Dalian in China who studied at Hokkaido’s Otaru University of Commerce, to handle translation work and promote tourism.“Chinese are keen to learn about Japan, and especially Niseko,” she said.“There really is no place like it in the region where you can enjoy wild landscape all year round.”Article source: http://blog.oceanvillasgroup.com/niseko-japan-to-be-the-aspen-of-the-east/Rebecca smithOcean Villas Group - http://www.oceanvillasgroup.comRebecca Smith is a real estate journalist with more than 15 years experience. She is currently the sales director for Ocean Villas Group (http://www.oceanvillasgroup.com) who specialise in luxury ocean view property investments worldwide.For more Investment news... http://blog.oceanvillasgroup.com http://www.oceanvillasgroup.comLevel 31, 6 Battery Road, Raffles Place, 049909, Singapore