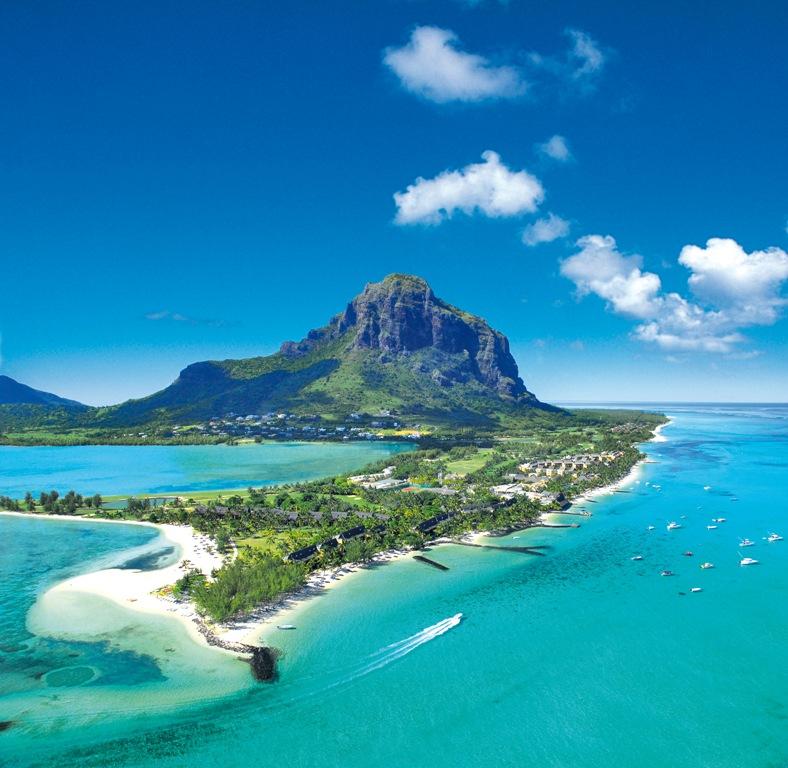 Glinde, 8 March 2011 – “25 Years of Elegance in Sport” – with this motto, GOLFINO AG is celebrating its anniversary in 2011. For a quarter of a century, GOLFINO has been providing its sophisticated customers with exclusive sportswear, which combines high-tech functionality with an elegant, sporting style. The company was founded in 1986 and has continuously grown to become the European market leader for golfwear. In March, the 25th anniversary will be celebrated with a special promotion for customers – a grand competition with 100 special prizes. The winner of the first prize will receive an exclusive holiday to Mauritius in one of the world’s most luxurious and well-known golf resorts, the “Paradis Hotel & Golf Club” Beachcomber hotel, worth a total of €8,000 | £7,000 | CHF 10,000 | DKK 60,000. The other winners will be given a GOLFINO polo shirt embroidered with their own name or monogram, or a high-quality weekender bag. In addition, everyone who buys something from one of the GOLFINO stores during March will get a chocolate golf ball made exclusively for GOLFINO. Other surprises are set to follow in this anniversary year, such as a top-quality brand book. Even today, GOLFINO is still a brand that stands for stylish elegance in the world of sport and offers customers a wide range of clothing, as well as numerous accessories and bags. “We make the highest demands of our products and our incentive is to interpret innovative materials and design trends in the elegant, sporting style of GOLFINO, because our customers trust us to do so”, says the company’s founder and CEO Dr. Bernd Kirsten, who manages GOLFINO AG together with his wife, Christel Kirsten. This special combination doesn’t just cater to the tastes of the original golfing target group, but also represents the current trend in linking fashionable sportswear with high-tech functionality.The brand GOLFINO was founded on 1 March 1986 by Christel and Dr Bernd Kirsten and each of them holds 50% of the shares in this owner-managed company. Starting out as specialists for knitwear, the company soon developed into a supplier of complete outfits in the field of sportswear. GOLFINO AG is a European company with its headquarters in Glinde near Hamburg and has over 30 of its own stores incl. factory outlets in 10 countries, as well as more than 500 shop-in-shops, from 8 sqm corners (mini shops) to 60 sqm concessions. With subsidiaries in Great Britain, Portugal and Spain, plus branches in the most important foreign markets, GOLFINO is Europe’s market leader in the field of golf fashion. The purchasing and production centre is located in Porto, Portugal, and the materials used come from all around the world. The company currently employs just over 200 members of staff. According to the latest surveys, GOLFINO AG has a market share of approx. 8% in the field of golfwear in Europe, making the company the clear market leader.GOLFINO AG Humboldtstraße 19 21509 Glinde, Germany +49 (0) 40 727 55-132 prchlik@golfino.com www.golfino.com Isabelle Prchlik PR Coordinator

03-13-2020 | Fashion, Lifestyle, Trends
GOLFINO AG
United Kingdom private equity fund ENDLESS invests in golf fashion company GOLFI …
-GOLFINO headquarters remain in Glinde near Hamburg -Wholesale and e-commerce to be expanded Hamburg, 12th March 2020 A big relief for GOLFINO: The private equity fund Endless takes over golf fashion label GOLFINO. Endless is a private equity fund based in the United Kingdom and owner of the largest European golf retailer, American Golf. The GOLFINO headquarters will remain in Glinde, from where the e-commerce and wholesale business divisions will be
09-02-2019 | Fashion, Lifestyle, Trends
GOLFINO AG
Perfectly styled for both on and off the golf course: GOLFINO presents its curre …
Glinde, 2nd September 2019 – The Summer is almost over therefore GOLFINO, the European Market leader for Golfwear, presents our most up to date styles for the Autumn/Winter Collection 2019/2020 consisting only of high-end Outfits and sophisticated Accessories. The new styles impress with their advanced High-tech Material composition and stunning designs, ensuring you stand out both on and off the golf course. “The felicitous mixture of sporty elegance and functionality
08-30-2018 | Fashion, Lifestyle, Trends
Golfino AG
GOLFINO Presents its New Collections Autumn | Winter 2018/19
Glinde, 22nd August, 2018 – GOLFINO, the European market leader in golf wear, presents its latest Autumn | Winter 2018/19 collections. Immediately catching the eye is the outfit „Tartan“ from the Ladies‘ collection, with its timeless, British golf pattern, where the sport first began, tastefully combining a traditional look with a modern fit. Among GOLFINO’s coordinated outfits for men, which are named after professional players from past and present, is
07-16-2018 | Fashion, Lifestyle, Trends
Golfino AG
Brandon Stone wins the Scottish Open in style wearing GOLFINO
Glinde, 16th July 2018 - GOLFINO Pro Player, Brandon Stone, has won for the first time this season on the European Tour at the Scottish Open. The South African won in style, both in the way he played and in what he wore. He finished with a final round of 60, a course record and European Tour joint record, winning by 4 strokes ahead of Eddie Pepperell with 20 under