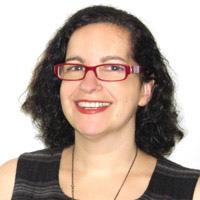 Nuremberg, 7 March 2011 – Dr. Edelweis Ritt takes over as managing director of the Semikron subsidiary in Brazil. Born and bred in Brazil, Dr. Ritt holds a Master’s degree and a Ph.D. in Computer Science, the latter having been obtained at the University of Tübingen, Germany during her eleven year stay in the country. Dr. Ritt boasts a wealth of international business experience in the private and public sector, as well as in the establishment of a government-owned semiconductor manufacturing company in Brazil. “Semikron is a leading international power semiconductor manufacturer. We have the experience and expertise needed to grow with booming markets such as wind and electric vehicles,” states Dr. Ritt. In the wind power sector, Brazil has a total potential output of 143 GW. Another key growth market is the electric vehicle market, where sales forecasts for Brazilian-made electric cars for 2015 lie in the region of 4.3 million. Semikron Brazil was founded in 1963 and is located in Carapicuiba, Sao Paulo. With over 500 employees this subsidiary is one of the biggest in the group and manufactures diodes, thyristors, bridges and power assemblies. In 2007, the company was deemed an environmentally friendly enterprise. Dr. Ritt will follow in the footsteps of Claus Ebert, who is retiring after 42 years of dedication to the company.About SEMIKRON Semikron is an internationally leading power semiconductor manufacturer. 2011 marks the 60th anniversary of the German-based family enterprise which employs 3600 people worldwide. A global network of 35 companies with production plants in Brazil, China, France, Germany, India, Italy, Korea, Slovakia, South Africa and USA guarantees fast and competent on-site customer care. Semikron is a one-stop provider of chips, discrete semiconductors, transistor, diode and thyristor power modules, power assemblies and systems for markets such as industrial drives, wind and solar, hybrid and electric vehicles, the rail industry and power supplies. Globally Semikron technology powers nearly every second windmill. According to a survey carried out by BTM Consult ApS, the total wind power capacity installed until 2009 was 122 Gigawatt. 57 Gigawatt comprises power semiconductors from Semikron. The dedication to the hybrid and electric vehicle market is evident in the development and production of power semiconductors for this market but also the majority take-over of Compact Dynamics GmbH, a development specialist for innovative control systems, the joint venture with drivetek, a provider for application-specific control technology, and the take-over of VePOINT, developing and producing inverters, DC/DC converters and chargers. Semikron is the market leader in the field of diode/thyristor semiconductor modules, enjoying a 30% share of the worldwide market. (Source: IMS Research „The global power semiconductor market 2010”) www.semikron.com.Annette Müller Manager International Communications SEMIKRON INTERNATIONAL GmbH Sigmundstr. 200 90431 Nürnberg Tel: +49-(0) 911-6559-158/ Fax: +49-(0) 911-6559-77158 annette.mueller@semikron.com