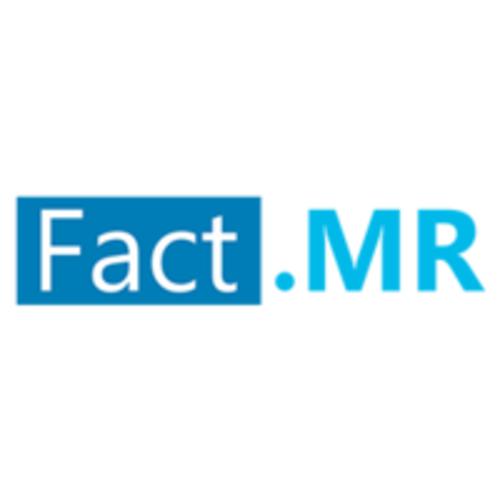 Aircraft Valves Market: IntroductionA valve is a multi-purpose device, which is a part of the combustion engine of an aircraft as well as other operating systems such as HVAC system, lubrication systems, etc. and is generally used to control the flow of fluids in and out of the cylinder in the form of slurries, liquids, gases and fluidized solids. It mainly handles the mechanism of opening and closing of paths. Aircraft valves are generally divided into two categories, namely inlet valves and outlet valves. An inlet valve allows the fluid to enter the cylinder and an outlet valve allows fluid or gases to escape from the chamber.Proper synchronization is required between the inlet and outlet valves for the efficient working of an aircraft. If the synchronization is improper, then it may result in malfunctioning and the engine or the other systems may also emit harmful gases or problems such as leakage, overflow, or permanent failure may occur for the aircraft systems. Other aircraft valves include aircraft fuel system valves, aircraft lubrication system valves, aircraft air conditioning system valves, aircraft hydraulic system valves, pneumatic system valves, aircraft ice & rain protection system valves and water & waste system valves.Request For Sample @ https://www.factmr.com/connectus/sample?flag=S&rep_id=1506The global aircraft valve market is expected to grow in the upcoming years, owing to the increasing demand for aircrafts with advanced and eco-friendly engines and other related systems that require valves for its operation in the global market. The demand for aircraft valves is prominently growing in the global market, due to the inclination of costumers towards the fastest transportation available and also the increasing freight and trade through airways.Aircraft valves can be pneumatic, hydraulic, mechanically operated depending upon the requirement. Valves play a significant role in determining the performance of the aircrafts and hence, the growing demand for aircrafts in the global market will consequently propel the demand for aircraft valves over the forecast period.Aircraft Valves Market: DynamicsThe increasing demand for aircraft valves is attributed to the growing production of aircrafts in the global market as well as owing to the rise in the fleet size for the aftermarket. Also, the increasing orders of aircraft owing to the rise of commuter traffic in the global market is projected to remain the foremost driving factor.Moreover, the increasing flight hours of the commercial and business aircrafts leading to short replacement cycles is also one of the key driving factors for the aftermarket suppliers in the global aircraft valves market. The advent in the material science technology has enabled the manufacturers to develop lightweight aircraft valves, which considerably increases the fuel efficiency as well as reduces the overall aircraft weight.Request For Brochure @ https://www.factmr.com/connectus/sample?flag=B&rep_id=1506The most prominent factors accelerating the growth of aircraft valves in the global market include increase in manufacturing, introduction of advanced technology and increasing orders for new aircrafts. New rules and regulations enforced by governments and ruling authorities regarding the safety of the environment encourage manufacturers to produce environment-friendly and efficient aircrafts, which has subsequently resulted in an increase the demand for aircraft valves in the global market. High cost of technology and fluctuating prices are acting as the key restraints countering the growth of the global aircraft valves market. The global aircraft valves market is largely dependent on the number of cylinders used and the amount of pressurized fluids required for various functions in the aircrafts.Aircraft Valves Market: Regional OutlookAsia-Pacific is estimated to hold a prominent share of the aircraft valves market in the long run. Developing countries, such as India and China, are significant players in boosting the demand for aircrafts, which in turn is supporting growth of the aircraft valves market. Furthermore, automation and up gradation of technology are propelling demand for the global aircraft valves market. Europe, North America and Middle East and Africa are continuously witnessing infrastructural growth, which in turn is creating a demand for aircrafts. Attributing to this, the aircraft valves market is estimated to grow in the upcoming future in the mentioned regions.The research report presents a comprehensive assessment of the market and contains thoughtful insights, facts, historical data, and statistically supported and industry-validated market data. It also contains projections using a suitable set of assumptions and methodologies. The research report provides analysis and information according to market segments such as geographies, application, and industry.Report Analysis @ https://www.factmr.com/report/1506/aircraft-valves-marketThe report is a compilation of first-hand information, qualitative and quantitative assessment by industry analysts, inputs from industry experts and industry participants across the value chain. The report provides in-depth analysis of parent market trends, macro-economic indicators and governing factors along with market attractiveness as per segments. The report also maps the qualitative impact of various market factors on market segments and geographies.About Fact.MR Fact.MR is a fast-growing market research firm that offers the most comprehensive suite of syndicated and customized market research reports. We believe transformative intelligence can educate and inspire businesses to make smarter decisions. We know the limitations of the one-size-fits-all approach; that's why we publish multi-industry global, regional, and country-specific research reports.Contact Us FactMR 11140 Rockville Pike Suite 400 Rockville, MD 20852 United States Email: sales@factmr.com Web: www.factmr.com/ Read Industrial News : http://insiderstribune.com/

05-22-2020 | Business, Economy, Finances, B …
InForGrowth
Connected Aircraft
Connected Aircraft Market 2020-2027 research report is an in-depth analysis of the latest trends, market size, status, upcoming technologies, industry drivers, challenges opportunity with key company profiles, and strategies of players. The Connected Aircraft Market report also provides the market impact and new opportunities created due to the COVID19 catastrophe. Get the Free Access to the Sample Report of Connected Aircraft market is available at https://inforgrowth.com/sample-request/6327290/connected-aircraft-market Connected Aircraft Market report 2020-2027, discusses
05-03-2020 | Business, Economy, Finances, B …
QUINCE MARKET INISGHTS
Fixed Wing Turbine Aircraft Market | ATR Aircraft, Bombardier, Embraer, Boeing, …
A recent report published by QMI on fixed wing turbine aircraft market is a detailed assessment of the most important market dynamics. After carrying out thorough research of fixed wing turbine aircraft market historical as well as current growth parameters, business expectations for growth are obtained with utmost precision. The study identifies specific and important factors affecting the market for fixed wing turbine aircraft during the forecast period. It can
04-04-2019 | Advertising, Media Consulting, …
HTF Market Intelligence Consulting Pvt. Ltd.
Light Aircraft Market Is Booming| Diamond Aircraft, Piper Aircraft, TECNAM
A latest survey on Global Light Aircraft Market is conducted covering various organizations of the industry from different geographies to come up with 100+ page report. The study is a perfect mix of qualitative and quantitative information highlighting key market developments, challenges that industry and competition is facing along with gap analysis and new opportunity available and may trend in Light Aircraft market. The report bridges the historical data from
02-13-2019 | Logistics & Transport
MAXIMIZE MARKET RESEARCH PVT. LTD.
Global Aircraft Battery Market
Global Aircraft Battery Market – Industry Analysis and Forecast (2018-2026) – by Type, Application, Aircraft Type, and Region. Global Aircraft Battery Market was valued at US$ 478.21Mn in 2017 and is expected to reach US$ 900.32Mn by 2026, at a CAGR of 8.23% during a forecast period. A battery is a device containing one or more cells that convert chemical energy directly into electrical energy. Major driving factors of the Aircraft Battery
11-21-2018 | Business, Economy, Finances, B …
Persistence Market Research
Aircraft Tyres Market key players Bridgestone Corporation, Dunlop Aircraft Tyres
Aircraft tyres are one of the most highly engineered products having significant complexity which require large number of raw materials pertaining to steel, cord fabric, artificial and natural rubber and other chemicals. Aircraft tyres have cords which serve as the reinforcing materials in the tyre that provide dimensional stability, supporting the aircraft weight, as well as keeping the tyres in shape different road conditions. Aircraft tyres play a vital role
08-16-2017 | Business, Economy, Finances, B …
Global Industry Report
Global Light Aircraft Market 2017 - Cirrus Aircraft, E-Go Aeroplanes, ICON Aircr …
A light aircraft is an aircraft that has a maximum gross takeoff weight of 12,500 lb (5,670 kg) or less. The many uses of light aircraft include aerial surveying, such as monitoring pipelines. They are also used for light cargo operations, such as "feeding" cargo hubs, as well as some passenger operations. Light aircraft are also used for marketing purposes, such as banner towing and skywriting. Primary flight instruction is
Comments about openPR
I can't but agree to the positive statements about your portal: easy to use, clear layout, very good search function, and quick editing!
Jens O'Brien, Borgmeier Media Communication