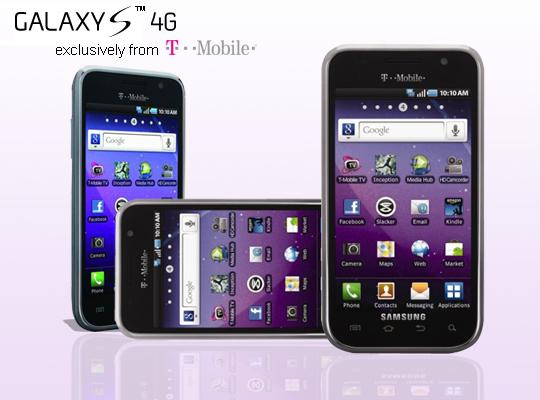 Samsung android smartphones are selling across all segments like hot cakes. After freezing their popularity with the young ones by offering cool colors, amazing sound clarity, and alluring price variation, it is set to wade its way into corporate crowd’s heart by working up a huge data storage capacity and premium and ultra-premium models. Since its launch in Feb, Samsung galaxy has raised a storm of popularity in the market. Enthralled at the response, Samsung now has declared more phones in the mid-range segment. Samsung, world’s second-largest mobile phone maker, aims at doubling its annual smartphone sales to more than 50 million units in 2011 by launching new smartphones ranging from high-end to low-cost devices.The Galaxy S 4G provides the best entertainment being preloaded with Front-facing camera with Qik (not Skype) which enables video chatting. Galaxy S 4G features a 4 inch AMOLED touch screen that guarantees a wonderful movie watching experience. You could also use applications such as visual books with efficacy. Samsung Media hub has a robust collection of new releases and TV shows from where you could pick your favorites. Also, a 5-megapixel camera with LED Flash, 1,650 mAh battery and a preinstalled 1GB ROM, 512MB RAM memory coupled with 16GB micoSD slot and expandable 32GB card ensures that you are never bored or lonely. The key word here is never! It promises speedy downloads, unswerving internet connections via its full HSPA+ connectivity options.One of the users on her blog writes” The Samsung Galaxy S 4G is nearly identical to Samsung Vibrant design, but don't let its looks fool you, as the new smartphone brings a number of changes under the hood. It ships running Android 2.2.1; there's a front-facing camera for video calls; and, most importantly, you get 4G connectivity, with the capability of hitting theoretical download speeds of 21Mbps.” Customers are not only appreciating the technology but are also recommending it full swing. The phone is already being looked upon as an extremely fast and funny device with an impressive data speed. The preloaded Slacker Radio offers more than 130 genre stations for music enthusiasts and you could create your own custom stations for free. The piece is really worth a purchase. Check out what the experts have to say, on our website http://www.CellHub.comCellhub.com is an expertly managed e-tailor in the phone market. Founded by professionals with over a decade of experience and success behind them, Cellhub offers a one stop solution for all your cell phone requirements.CellHub.com LLC 39-40, 30 Street, Long Island City, NY - 11101, USA