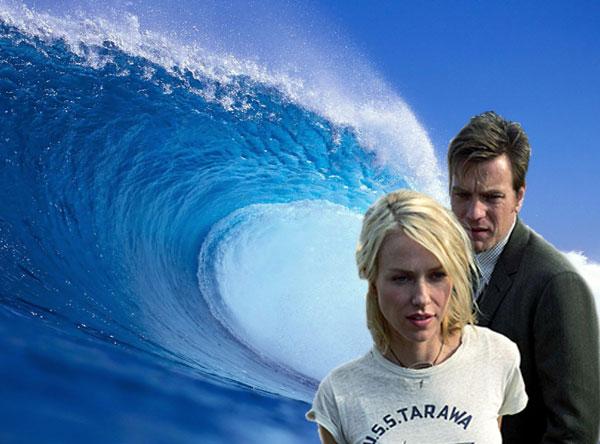 The Impossible brings Ewan McGregor and Naomi Watts to Phuket

Phuket, Thailand: Hollywood stars Ewan McGregor (Star Wars and Train Spotting) and Naomi Watts (King Kong and The International) touched down at Phuket International Airport recently for the filming of a new blockbuster movie called The Impossible. The Impossible tells the story of a family caught up in the aftermath of the Tsunami which struck on the 26th December 2004. The disaster was triggered by an undersea earthquake in the Indian Ocean, with an epicentre off the west coast of Sumatra, Indonesia, which caused powerful waves to hit the shores of Indonesia, Sri Lanka, India and Thailand.Filming took place on the beaches around Khao Lak and Kho Phi Phi, to the south of Phuket. These two areas were amongst the hardest hit by the Tsunami in Thailand. Since filming began, local businesses have benefited from the increase in tourists and movie fans, eager to catch a glimpse of their Hollywood idols.Locals and tourists visiting Songbar in Khao Lak also had the opportunity to appear as extras in the movie where one of the disaster scenes with Ewan McGregor and Naomi Watts was filmed.The Khao Lak Orchid Beach Resort in Khuk Khak provided accommodation for the cast and crew and was transformed into a disaster scene for the movie.This is not the first time Khao Lak has played host to movie directors and TV producers; in 2006 a miniseries made by HBO called “Tsunami, the aftermath”, starring Tim Roth, Toni Collete, Chiwetel Ejiofer and Sophie Okonedo was filmed in the area. Directed by Bharat Nalluri, the series received little attention by locals. In fact, many local residents were not happy with the exposure the miniseries brought to Khao Lak and Phuket, as emotions were still running high in the aftermath of the real disaster.The synopsis for The Impossible reads:"The Impossible is the terrifying account of a family unexpectedly caught with many others when a Tsunami flattens their three-story hotel and the surrounding landscape and how they had to struggle to survive after being pushed underwater into a quagmire of dislodged trees and debris where they were thrown upside-down, and battered by debris."The Impossible was written by Sergio Sanchez and directed by Juan Bavona. The film is due for release in late 2011.Read more Phuket news... http://blog.phuketoceanvillas.com/the-impossible-brings-ewan-mcgregor-and-naomi-watts-to-phuket-thailand/Rebecca Smith Phuket Ocean Villas - http://www.phuketoceanvillas.comRebecca Smith is a real estate journalist with more than 15 years experience. She is currently the sales director for Phuket Ocean Villas (http://www.phuketoceanvillas.com) who specialise in luxury ocean view property in Phuket, Thailand.For more Phuket news... http://blog.phuketoceanvillas.comPhuket Ocean Villas Co. Ltd. 149/12 Srisoonthorn Road, Cherngtalay, Thalang, 83110, Phuket, Thailandpr@phuketoceanvillas.com

You can edit or delete your press release The Impossible brings Ewan McGregor and Naomi Watts to Phuket, Thailand here

05-27-2019 | IT, New Media & Software
NordVPN
Online Shoppers Face a New Threat That Is Almost Impossible to Detect
About 4,800 websites get infected with formjacking software every month globally. The newest Symantec’s Internet Security Threat Report lists formjacking as one of the most dangerous attacks in the history of cybercrime. Formjacking is like virtual ATM skimming. First, cyber criminals inject malicious code into an online shopping website to steal victims’ payment card details. The code reads credit card information as the person enters it, and then sends that
10-27-2017 | IT, New Media & Software
contactSPACE
Making the Impossible, Possible.
MonDial Fundraising Communications works solely for the not-for-profit sector, offering a variety of telephone fundraising services, tailored towards integrated and complete communication solutions. Over the past 13 years, they've become leaders in their field and their services are used by organisations such as Oxfam Australia, Cancer Council NSW, Unicef NZ and Red Cross NZ. MonDial's Operations Manager, Sebastian Brooks, recalls how contactSPACE helped them to overcome seemingly impossible implementation hurdles. MonDial
01-28-2016 | Industry, Real Estate & Constr …
AS-Schneider - Armaturenfabrik Franz Schneider GmbH & Co. KG
AS-Schneider - Manipulation Impossible
Valves play an important role when it comes to the safety of process equipment: Unauthorized access or accidental operation can quickly lead to catastrophic results. However, both these scenarios are easily prevented. AS-Schneider, the specialist in the field of industrial valves, provides a range of Anti-Tamper Valve Head Units to allow plant operators to reliably protect their valves against undesired operation. The Standard Design of the Anti-Tamper Valve Head Unit is
11-21-2008 | IT, New Media & Software
infoteam Software GmbH
Achieve the impossible: Software – safe & reliable
Redundancy is the key for reliable fail safe systems infoteam Software exhibits system solutions and reference applications regarding the claim „Software – safe & reliable“ at this year’s SPS/IPC/Drives from November 25th until 27th in hall 7a, booth no. 130. Safe and reliable software is no rocket science but solid engineering work. This will be demonstrated in a showcase on medical technology equipment using their product SmartPLC Redundant. Trade visitors will be
06-11-2008 | IT, New Media & Software
iomart
Eco-friendly data centres - mission impossible?
UK data centre operator iomart will host a free seminar at Wembley Stadium later this month challenging the industry to come clean about its lack of green credentials. The company, which has four state-of-the-art data centres throughout the UK, including one in the heart of the City of London, has invited several experts in the sector to talk about how the data centre industry can mitigate its impact on the environment. Speakers
06-01-2007 | IT, New Media & Software
Webmaster Inc.
Honesty & The Internet - An Impossible Combo? Not According to MasterMoz.com
Innovative Social Website Directory sets to break the routine -- from now on, Internet directory listings will be accurate, credible and fair. New York, NY May 31, 2007 -- Webmasters Inc., the founder of MasterMoz, with headquarters in New York and Arizona, has declared an all-out war on Internet dishonesty. Since the dawn of the Internet, sly Internet site owners have been manipulating the system by listing their website(s) in
Comments about openPR
OpenPR is clearly structured and remains true to its principle of confining itself to the essential parts. OpenPR has proven to be a very good and reliable partner to our media agency: Within the shortest time the releases are online and go down well with the media representatives. The success of OpenPR is reflected in the steadily increasing number of press releases. It is good that OpenPR exists!
Ursula Koslik, Director Marketing & PR, F+W Hamburg