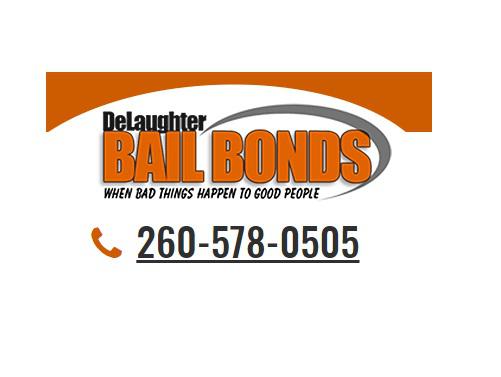 March 5 2019—DeLaughter Bail Bonds was founded in 2009 as an attempt to preserve freedom for the citizens of Indiana. The agency offers 24 hour services to clients, for any charges brought against them. As of this moment the company works across all major states in Indiana and has developed a reputation for expediting bail procedures for their clients. The legal system in the United States works under the maxim “Innocent Until Proven Guilty”. This all encompassing statement preserves the rights of the accused to maintain their freedom, while ensuring justice is served in case of a criminal violation. Bail bond agencies are a core component of social institutions that work to uphold this maxim. For those who are unable to afford the financial burdens of bail bond payments, these companies offer a chance to walk free until their guilt has been established. As such bail bond agents form a group of selective individuals who protect the rights of the citizens against undue exploitation. The entire core of the bail bonds industry is reliant on a faith in the innocence of the individual when it is called into question. DeLaughter bail bonds is an example of a bail bond agency that is thoroughly committed to the founding principles of the United States of America. Their bail bond agents are experienced and deeply knowledgeable individuals who work to the fullest to protect their clients. As such the company has helped numerous clients rejoin their family after the briefest of times spent in incarceration. When asked for a comment, a spokesperson for the company had the following comments to offer: “The United States was founded on a faith in the ability of humanity to do good. The preservation of the individual liberty and freedom is not only a legal obligation for the community but also a moral one. With our services we make sure that no one is ever forced to spend more time in jail until and unless their guilt has been established beyond a doubt.” In addition to the bail bond services offered by the company, DeLaughter also offers 24 hour bail consultancy and advice to make sure that their clients retain bail privileges.DeLaughter Bail Bond Services offers guarantor services for surety and transfer bail bonds in Indiana. With a massive network of offices across the state, DeLaughter Bail Bonds has helped hundreds of clients come back to their families after their arrests. Their services are available 24 hours a day and they offer their guarantor services for all charges brought against their clients.Contact Information Website: https://delaughterbailbonds.com/ Address: Corporate Headquarters 201 North Mill Street, North Manchester, IN 46962 Phone Number: (260) 578-0505

11-24-2021 | Logistics & Transport
Sharp Wilkinson
Indiana Precision Grinding Awarded Nadap Certification
Indianapolis—Indiana Precision Grinding (IPG), as specialists in finishing aerospace parts, are proud to announce their latest credential as a Nadcap-certified shop. After a long and intense auditing process, this certification represents Indiana Precision Grinding’s commitment to quality, which has now been recognized by the aerospace industry itself. Organizations can be Nadcap certified in a number of areas and processes; IPG’s certification demonstrates that they have met the standards specifically for
03-22-2019 | Politics, Law & Society
Blackburn & Green
Motorcycle Crash Statistics in Indiana
The freedom and exhilaration of motorcycle riding down an open highway helps to explain why the pastime is so popular. Yet the excitement and high spirits are balanced by risk of injury, and sometimes worse. Atop a motorcycle, a rider is exposed in ways automobile drivers are not. A direct hit by another vehicle can render the possibility of being thrown from the bike, leading to greater harm. Furthermore, a
12-20-2011 | Leisure, Entertainment, Miscel …
Sky Zone Indoor Trampoline Park
Sky Zone Opens Its Doors In Indianapolis, Indiana
[INDIANAPOLIS, IN] (December 19, 2011) Indianapolis residents no longer need to travel far and wide for the ultimate 3-D play experience, as Sky Zone Indoor Trampoline Park, creator of the world's first all-trampoline walled playing court, announced its grand opening on December 12. Offering a wide variety of physical activities atop its giant trampolines, Sky Zone truly offers the next dimension in sport, fun and fitness. Sky Zone is suitable for
09-02-2011 | Science & Education
Finese pr
IIM Lucknow signs an MoU with The Kelley School of Business(KSB) at Indiana Univ …
Press Release September 1, 2011 IIM Lucknow signs an MoU with The Kelley School of Business(KSB) at Indiana University, Indiana, USA The MoU promises extensive research, faculty exchange and a possible dual degree programme to foster professional education globally The Indian Institute of Management, Lucknow (IIM Lucknow) signed a Memorandum of Understanding with The Kelley School of Business (KSB) at Indiana University, Indiana, USA to enter into a long term relationship
06-09-2011 | Business, Economy, Finances, B …
American Marketing & Publishing
Hobart, Indiana Businesses Thrive as Local Economy Experiences Upturn
American Marketing & Publishing LLC reported today that the Hobart, Indiana economy shows signs of recovery as evidenced by substantial growth in local advertising by businesses serving Hobart. The 2011 edition of the Hobart HomePages® Directory features 194 local businesses advertisements, a significant increase over the prior edition. The US Postal Service completed distribution of 14,900 copies of the 2011 Hobart HomePages® Directory to every Hobart family, business,
02-23-2011 | Arts & Culture
PhotoSpherix
PhotoSpherix Creates Virtual Galleries For Indiana State Museum
Beech Grove, Indiana – PhotoSpherix has completed new education and outreach initiatives for the Indiana State Museum. The 360 product photography studio coordinated an extensive photo shoot for museum exhibits not currently on display. PhotoSpherix captured thirty items in two days, ranging from the second oldest baseball to a mastodon skull, which are slated to become part of the museum’s new virtual galleries. The Indiana State Museum staff worked together
Comments about openPR
OpenPR is clearly structured and remains true to its principle of confining itself to the essential parts. OpenPR has proven to be a very good and reliable partner to our media agency: Within the shortest time the releases are online and go down well with the media representatives. The success of OpenPR is reflected in the steadily increasing number of press releases. It is good that OpenPR exists!
Ursula Koslik, Director Marketing & PR, F+W Hamburg