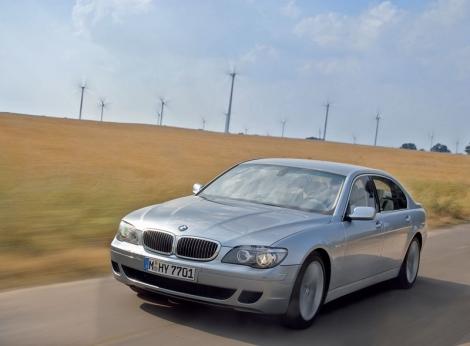 San Antonio, Texas--For four days in March, the NHA Annual Hydrogen Conference and Hydrogen Expo US (hydrogenconference.org) will showcase the world's first hydrogen drive luxury performance car, the first fuel-cell powered fire response vehicle and new fueling capabilities among a dazzling array of other products in San Antonio, Texas. Living up to the conference theme, "Hydrogen: Here and Now!" this marquee event for the hydrogen industry will highlight the newest breakthroughs and products, many of which are available today. In addition, keynote addresses from members of Congress, foreign government ministers and high-level industry executives top the list of almost 100 speakers featured throughout the week. The NHA Annual Hydrogen Conference and Expo is the longest running annual hydrogen conference in the world and the largest hydrogen conference in the U.S. This year, at the Henry B. Gonzalez Convention Center, the conference will feature at least 11 hydrogen vehicles for test drives at the Ride and Drive (10AM-3PM, 3/20 and 3/21). Vehicles from BMW, DaimlerChrysler, General Motors, Honda, Toyota and Volkswagen will be featured. Visitors will also be able to experience hydrogen fueling. To fuel the vehicles, Linde will set-up a small portable fueling station on-site, right at the Convention Center in HemisFair Park. The temporary fueling station can fuel vehicles with liquid or gaseous hydrogen tanks. Also for the first time in North America, the liquid dispenser will feature a new customer-friendly nozzle that is much easier to use than previous models. Two vehicles of note in the Ride and Drive include the new BMW Hydrogen 7, the world's first hydrogen drive luxury performance car, and a Mercedes-Benz's F-Cell outfitted to be the first fuel-cell powered fire response vehicle. Based on the BMW 7 Series, the BMW Hydrogen 7 is powered by a 260 hp twelve-cylinder engine and accelerates from 0-62.1 mph in 9.5 seconds. It features a dual-mode combustion engine that can switch quickly from clean hydrogen to conventional gasoline. The Mercedes-Benz F-Cell is also a look into the future of hydrogen vehicles. An emission-free, electric drive vehicle, the F-Cell has been put into demanding operation with California's Sacramento Metropolitan Fire Department with a complete set of decals, lights, sirens and a healthy coat of bright red paint. Several new hydrogen and fuel cell consumer products will also be on display at the exhibition, Hydrogen Expo US. Visitors will be able to see fuel cells that are replacing batteries in professional video cameras, surveillance equipment, security inspection robots and both batteries and engines in today's forklifts. In these applications used today, hydrogen fuel cells provide a combination of increased durability, decreased downtime, quick fueling and better performance over incumbent technologies. To register for the conference or expo and for more information on the Ride and Drive, products featured and the conference, visit: http://www.hydrogenconference.org About the National Hydrogen Association: The National Hydrogen Association (NHA) is the Nation's premier hydrogen trade organization led by over 100 companies dedicated to supporting the transition to hydrogen. Efforts are focused on education and outreach, policy, safety and codes and standards. Since 1989, the NHA has served as a catalyst for information exchange and cooperative projects and continues to provide the setting for mutual support among industry, research and government organizations. http://www.HydrogenAssociation.org. Contact: Patrick Serfass, NHA 202.261.1366 serfassp@hydrogenassociation.org Cary Corbin, Corbin & Co. 830-609-1932 TCorbin@satx.rr.com