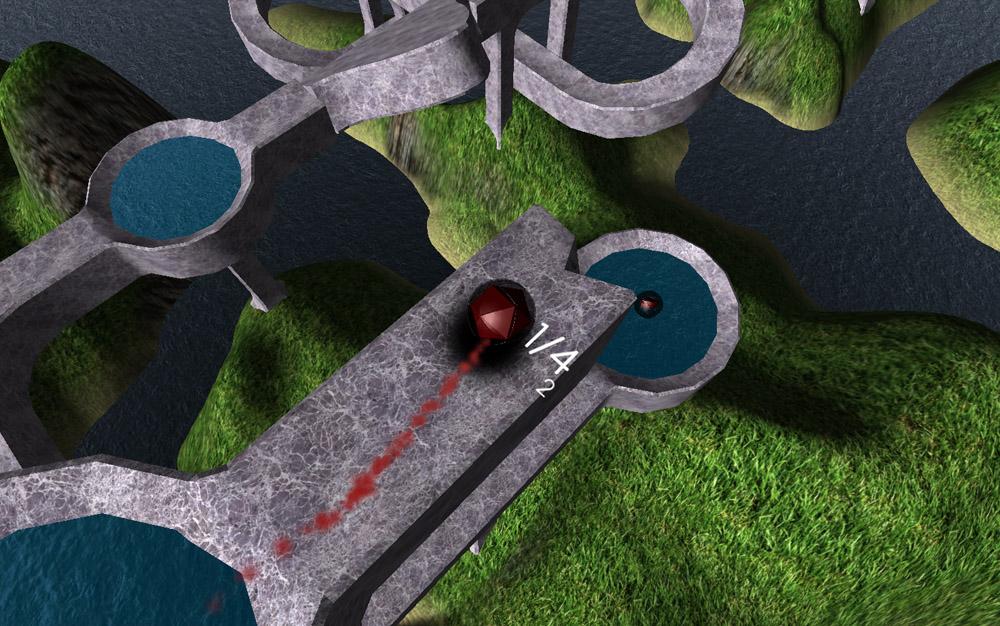 The ball approaches a dangerous chasm.

February 4th, 2011 - Schwerin, Germany - Matthias Zarzecki has just released his debut work "unstoppaball" an independent physics-puzzle game, for Windows desktop PCs.You exert physical forces on a fragile sphere, guiding it through serene environments, trying to keep it from shattering, all whilst dangerous cliffs and enemies try to stop you, ever pushing onward.Unstoppaball has been developed during the last semester at the game-design-course of the "Design Schule Schwerin" in Schwerin, Germany. Unstoppaball is so far the biggest game created at that institution.Features of "unstoppaball" include:- 30 varied levels, each with its own challenges - 2 distinct artstyles, which include "the aqueducts" and "cyberspace" - atmospheric and tranquil soundtrack - extensive statistics, tracking and reporting successes and failures and awarding medals - beautiful shatter-animationsUnstoppaball is out now, and can be played at http://www.kongregate.com/games/IcarusTyler/unstoppaballMore information can be obtained at http://unstoppaball.blogspot.com/Matthias Zarzecki is an independent Game Developer and Game-Design Student currently based in Schwerin, Germany, where he studies game-design at the Design Schule Schwerin.During an Internship at Deadalic Entertainment he was responsible for the Game-Design of the hidden-object-game "Derrick - Mord im Blumenbeet", which is based on the famous german tv-series. He also contributed to "A New Beginning" and "The Shakespeare Chronicles: Romeo & Juliet"."Unstoppaball" is his debut work.Matthias Zarzecki Wittenburger Str. 99 19059 Schwerin e-mail: matthias.zarzecki@gmail.com phone: +49-0173-9943643 web: http://matthiaszarzecki.blogspot.com/