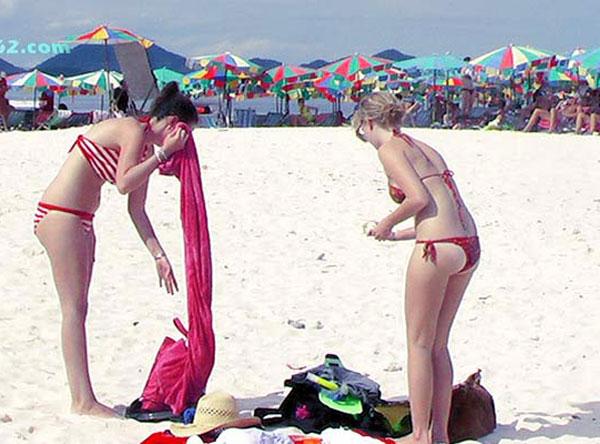 Phuket, Thailand: According to a recent report by C9 Hotelworks, 2010 was a record breaking year for tourist arrivals on the island of Phuket, Thailand.The 2010 Phuket Hotel Market Report revealed that Phuket International Airport saw three and a half million arrivals last year; an increase of twenty-two percent over 2009. Arrivals from Russia and China showed the strongest growth due to the introduction of new direct flights to Phuket.To cope with the increase in demand, a total of 1,389 new hotel rooms were added to the 43,036 registered hotel rooms in Phuket in 2010.New hotels opening their doors in Phuket last year included the Langham Boutique Resort at Kalim Bay, the Centara Grand Beach Resort in Karon Beach, the Westin Siray Bay Resort and Spa on Koh Siray near Phuket Town, B-Lay Tong on the Patong Beach Road and the Marriott Renaissance Phuket Resort and Spa in Mai Khao.The report also outlined that in 2010 the supply of accommodation in Phuket outpaced demand for the first time in ten years. This led to hotel operators competing for guests by offering reduced room rates and special package deals.In fact, although overall hotel occupancy in Phuket increased by four percent last year, this was offset by a three percent reduction in room rates across the island.Rebecca Smith Phuket Ocean Villas - http://www.phuketoceanvillas.comRead more Phuket news... http://blog.phuketoceanvillas.com/phuket-thailand-arrivals-hit-all-time-high/Rebecca Smith is a real estate journalist with more than 15 years experience. She is currently the sales director for Phuket Ocean Villas (http://www.phuketoceanvillas.com) who specialise in luxury ocean view property in Phuket, Thailand.149/12 Srisoonthorn Road, Cherngtalay, Thalang, 83110, Phuket, Thailand

You can edit or delete your press release Phuket, Thailand arrivals hit all time high here

06-15-2020 | Industry, Real Estate & Constr …
Siam Real Estate
Amazing Trusted Thailand
Ever wonder what it would be like to own a villa or condo in a tropical foreign destination? Owning a second home or investment property in one of the world’s most popular destination is a dream that can come true. Right now, Thailand is a true real estate investment opportunity. With the Covid-19 situation firmly under control, Thailand has risen to the forefront of investment possibilities. COVID-19:
03-07-2019 | Tourism, Cars, Traffic
TAT Newsroom
Training in Thailand
A train journey can be a special part of any Thai holiday for the scenery, history and the unique peaks of the kingdom. There are many route options and they roll into most parts of the country. Travelling by train in Thailand is also a great way to see the diverse countryside on your way to tourist areas. From Bangkok, you can ride for an hour or a little more to
02-05-2018 | Advertising, Media Consulting, …
MarketResearchReports.biz
Thailand: Country Intelligence Report
"Thailand: Country Intelligence Report", a new Country Intelligence Report by GlobalData, provides an executive-level overview of the telecommunications market in Thailand today, with detailed forecasts of key indicators up to 2022. Published annually, the report provides detailed analysis of the near-term opportunities, competitive dynamics and evolution of demand by service type and technology/platform across the fixed telephony, broadband, mobile and pay-TV segments, as well as a review of key regulatory
01-17-2018 | Media & Telecommunications
Midas pr
SUPERNAP Thailand
Untuk Siaran Segara November 29, 2017
05-27-2016 | Tourism, Cars, Traffic
DPI Research
Thailand MICE Tourism Market
The MICE industry is one of the key sectors that Thailand intends to develop in order to stimulate quality visitors both within the country and abroad. Thailand is one of the most important and popular MICE destination worldwide. Thailand is famous MICE destination due to its solid basic infrastructure, strategic location, developed transportation systems, international connectivity, a well-trained private sector, continual government support and sound regulations. Each year, it stages
11-01-2010 | Media & Telecommunications
Thaivisanews
Thailand Privilege Card
With the economy in thailand still suffering from the various troubles and the world recession,we are looking at ways to attract the public to businesses and the launch of the thaivisanews privilege card could just be the answer to get the public coming to your business. The concept of the privilege card is very simple,companys who wish to participate in the scheme will let the members know via the thaivisanews
Comments about openPR
I can't but agree to the positive statements about your portal: easy to use, clear layout, very good search function, and quick editing!
Jens O'Brien, Borgmeier Media Communication