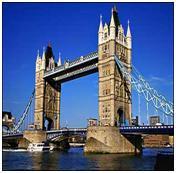 United Kingdom, 28th, January 2011 – According to an estimate from a UK lobby group, around 32000 foreign students failed to leave Britain after their UK visas ran out.Around 32000 foreign students failed to leave Britain after their UK visas ran out.The estimate was presented by Migrationwatch UK as part of a campaign calling for reduced migration into Britain. The Migrationwatch UK claims that this estimation comes from an assessment of Home Office statistics.Migrationwatch UK has approximately calculated the number of UK visa over stayed foreign students. The UK visa over-stayers could cost the British financial system up to £500 million in redundancy, health and education costs, as well as this will also lost the tax revenue if they find jobs in the UK. Andrew Green, the chairman of Migrationwatch UK stated “By working illegally they take a job that would otherwise be available for a British worker who remains unemployed. The cost to the taxpayer of benefits for the extra unemployed could approach £500 million a year”.The UK is already keeping a close track on UK immigration in order to reduce the number of UK visas issued to the foreign students; this will help to bring down general immigration figures.Capital Visas http://www.capitalvisas.com the world’s leading immigration authority provides a comprehensive range of UK Visas that includes Employment Visas, Study Visas, Family Visas, Tier 1, Tier 2, Tier 4, Tier 5, UK business visa, Marriage Visa, Work Permit, UK ancestry visa, Dependent Visa, Fiance Visa, HSMP and Unmarried Partner Visa. They endeavour to work with all of their clients on a one to one basis to ensure that they deliver a service that the client is fully satisfied with. Having a combined experience of over 15 years in immigration and having dealt with every type of visa or immigration situation, Capital Visas is aware of the potential they offer in successfully changing people’s lives.Alex Carter Marketing Manager Capital Visas Church House Business Centre 1 Church Road Croydon, CR0 1SG Phone No: 0207 100 1919 Email Address: info@capitalvisas.com Website: http://www.capitalvisas.com

02-09-2021 | Industry, Real Estate & Constr …
Portugal Homes
Changes to the Portuguese Golden Visa
The Portuguese government decided to change the Golden Visa program in Portugal on the 22nd of December 2020, the changes will come into effect at various points this year and up to this moment, the terms that were agreed have not yet been published. I have spoken with several legal teams and they are of the same opinion that to speculate would be wrong as this was a very late decision
05-27-2019 | Business, Economy, Finances, B …
One Source Process
Obtain a visa within quickest possible time with Visa Snap.
United States 25-05-2019. An emergency situation never comes with a warning. In case you are caught in trouble where you have to move to some other country as soon as possible, you would be requiring an emergency visa. Not all agencies issuing are ready to produce a visa under those situations since it is a complicated process. Visa Snap, a One Source Process Company is a reliable and trustworthy rush
11-28-2018 | Business, Economy, Finances, B …
Global Attestation
Visa stamping Services
Visa stamping is a process of attaching a visa stamp on the passport. Visa is a square shaped stamp indicating the time limit of a person who living in the country. The term "visa" originated from the Latin language and this term is used to refer the time limit of living in a country. According to the current immigration rules, visa is necessary for every immigration process and it is
02-15-2018 | Business, Economy, Finances, B …
Orbis Research
Alternative Payment Solution: Visa Checkout
Summary Visa Checkout is an online payment solution developed by Visa. Launched in 2014, it replaced the V.me digital wallet solution launched in 2012. It allows users to store multiple card details and billing addresses for faster checkout. Once details are saved, it skips the process of entering card and shipping details for all future payments. Visa Checkout works on all web-enabled devices including desktop, mobile phones, and tablets. It is currently
08-03-2017 | Politics, Law & Society
Immigration Advice Services
Spouse Visa Law Changes Could Reunite Families
As of August 10th, 2017, visa applications for families outside of the EEA will take into account the ‘specific circumstances’ potentially reuniting the 15,000 families currently living in separate countries as they do not currently meet the Minimum Income Requirement laid out by the government. The Home Office will now consider ‘Specific Circumstances’ for those unable to meet the Minimum Income Requirement for sponsoring family members outside the EEA. Home Office
12-02-2010 | Tourism, Cars, Traffic
Capital Visas
UK Visa Applications Fees Increased
The fee hike was announced by the UK Border Agency in September as a response to “budgetary pressures” caused by the Government’s public spending cuts. Some UK Visa’s prices have more than doubled while the prices of some UK visa categories will hike by as much as £150. This latest round of hike in the fees for UK visa follows similar changes as on October 1, when there was an increase in
Comments about openPR
We publish our press releases on openPR.de because we like people who are "open" - just like us.
Frank Obels, CEO, INCONET - Informationssysteme, Communication und Netzwerkberatung GmbH