Trump Tower to be built in Mumbai, India 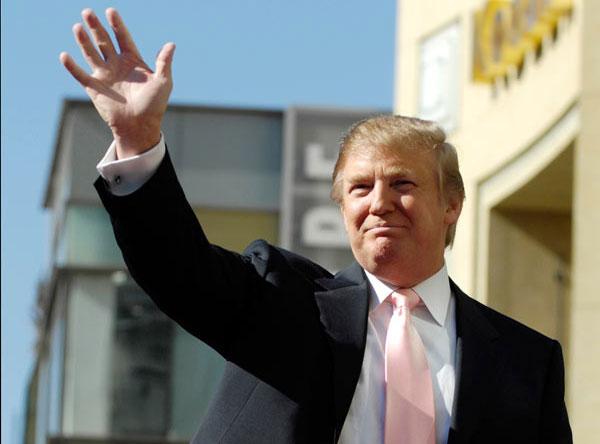 Trump Tower to be built in Mumbai, India

Trump Organisation, the real estate and entertainment company, privately owned by businessman Donald Trump, has announced plans to enter the Indian property market by building the Trump Tower Mumbai.In what will be Donald Trump’s first real estate venture in India, Trump Organisation will work alongside Indian property developers Rohan Lifescapes to construct the luxury residential project in Mumbai.Rohan Lifescapes will be responsible for building the Trump Tower, which will be officially launched by Donald Trump himself when he arrives in India. The Trump Tower Mumbai will be a 3,000,000 square foot complex with 45 spacious apartments. The building will feature a luxury spa, a gymnasium, a mini-theatre and residents will benefit from a state-of-the-art security system.Donald Trump Junior, executive vice president of Trump Organisation , commented, “The market place [in India] is beginning to understand and appreciate luxury, so there is a great opening for us there, as well as in resorts".The property market in Mumbai was badly affected by the global economic downturn in 2008 and saw new home sales fall by twenty five percent. However, during the last ten years, the number of wealthy Indians has grown rapidly. In fact, the Merrill Lynch-Capgemini World Wealth Report showed that the number of millionaires in India had increased from 84,000 in 2009 to 126,700 in 2010.As the wealth of the Indian population has continued to grow, luxury property developments in India have seen increasing demand.A recent, if extreme, example of this was the construction of Antilla; a twenty seven-storey house in Altamount Road, south Mumbai.Owned by India’s richest man, Mukesh Ambani, and named after a mythical island in the Atlantic Ocean, it is estimated that Antilla cost Ambani around £44 million (US$70.3 million) to build.Unsurprisingly, according to recent reports, the new Trump Tower will be in south Mumbai; the same location as Antilla.Read more about India's richest man.... http://blog.oceanvillasgroup.com/richest-man-in-india-completes-his-1-billion-dollar-home/Rebecca Smith Ocean Villas Group - http://www.oceanvillasgroup.comMore OVG news..... http://blog.oceanvillasgroup.comRebecca Smith is a real estate journalist with more than 15 years experience. She is currently the sales director for Ocean Villas Group (http://www.oceanvillasgroup.com) who specialise in luxury ocean view property investments worldwide.For more Investment news... http://blog.oceanvillasgroup.comLevel 31, 6 Battery Road, Raffles Place, 049909, Singapore

You can edit or delete your press release Trump Tower to be built in Mumbai, India here

12-17-2018 | Business, Economy, Finances, B …
Calstate Companies
How Trump Buys Real Estate
LOS ANGELES, CA. If Donald Trump did, in fact, purchase Russian real estate, he might have employed the following strategies: First, he would acquire a team of experts to help him. Trump understands the old saying: “If you act as your own attorney, you have a fool for a client.” This could also apply to the person who tries to be his or her own property manager, real estate broker, accountant,
10-05-2018 | Business, Economy, Finances, B …
Project: Return to Work
Port Charlotte volunteer to receive award from President Trump
A Port Charlotte woman is getting recognition from President Donald Trump for her service to an organization that helps thousands of wounded veterans and others find meaningful employment. Fran Nixon, Florida Missions Operations Manager (MOM) for Project: Return To Work Inc. (R2W), will receive the President’s Volunteer Service Lifetime Achievement Award in a ceremony on Sunday, Oct. 7. “Veterans hurt in combat gave up so much for our freedom,” said R2W
05-28-2018 | Advertising, Media Consulting, …
Spire Research and Consulting
The Trump Presidency:One Year On
One year since President Trump took office, what has been the impact for businesses in Asia? Leon Perera, CEO of Spire Research and Consulting, shared his thoughts in The Business Times – Views from the Top section on 27 November 2017 on the impact on global economy. Thus far, Donald Trump’s Presidency has not been bad for the American stock market and the US dollar. However, the expected infrastructure spending and
12-14-2017 | Business, Economy, Finances, B …
Coefficients Co. Ltd.
Trump Promised to Study US and PH Trade Deal
United States President, Donald Trump, committed to studying the proposed free trade agreement (FTA) between the US and the Philippines. As per the presidential spokesperson, Harry Roque, he stated that the US president had promised to look into the FTA proposal during their 40-minute bilateral conference with PH president, Rodrigo Duterte, amidst the ASEAN (Association of Southeast Asian Nations) summit. “The Philippines is appreciative of the General System of Preference (GSP) and
11-28-2017 | Business, Economy, Finances, B …
Salvus App Solutions
Melania Trump- First Lady Unveils White House Christmas Decorations 2017
Everybody knows Christmas comes around the corner and everyone is excited all over the world for Christmas celebration. The First Family will rejoice their first Christmas in the White House, Washington with a doze to belief. Recently, the first Lady Melania Trump Unveils the White House Christmas decorations. This year's First Lady Melania Trump was designed theme that is “Time-Honored Traditions” to pay esteem to 200 years of holiday ethnicity
11-15-2017 | Leisure, Entertainment, Miscel …
Over the Rainbow Group
TRUMP SIGNS EXECUTIVE ORDER ABOLISHING THANKSGIVING
Washington, DC – On October 13, 2017, surrounded by smiling, loyal supporters, President Donald Trump signed an Executive Order banning the celebration of Thanksgiving within the boundaries of the United States and its territories. Expressing a desire to bring Americans together by participating in the ongoing wave of calls for historical accuracy, manifested primarily by efforts to remove monuments recognizing treasonous Confederate military leaders from publicly owned properties, Trump stated his
Comments about openPR
OpenPR is clearly structured and remains true to its principle of confining itself to the essential parts. OpenPR has proven to be a very good and reliable partner to our media agency: Within the shortest time the releases are online and go down well with the media representatives. The success of OpenPR is reflected in the steadily increasing number of press releases. It is good that OpenPR exists!
Ursula Koslik, Director Marketing & PR, F+W Hamburg