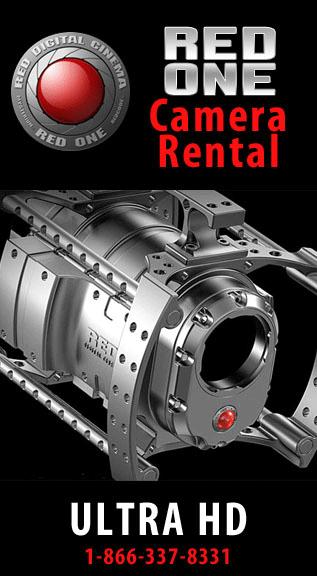 A STAR IS BORN The Epic camera by the Red Digital Cinema company has become the latest star that producers attach to their production to show others how great it will be. When before have so many high profile productions that haven't even started shooting yet, formally announce what camera they will be using… before it even exists. And these aren't small art house films. These are huge Hollywood investments like Spiderman 4 and the 2 part Hobbit series. Quite simply the Epic will change the way movies are made. Now this might sound like the same type of hyperbole that tech nerds spouted at every turn of the HD revolution, but this time it's different. This time it's in 3D. After many failed attempts throughout the history of cinema, for better or for worse, 3D is finally here to stay, and this is the camera it will be shot on. IT'S ALL IN THE NUMBERS Now, the main reason that the Epic will become the de facto standard for 3D Hollywood filmmaking is not its mind-blowing 5K resolution which is around 4 - 6 times more than any major competitor. The reason is not really the REDCODE Raw format which has offered users unparalleled ability to re-imagine and refine footage as technology progresses and as their tastes change. Some people would instead cite that a body price tag of around $30K would be enough to entice throngs of Hollywood producers to convert. Perhaps it could be the inclusion of HDR-X, a phenomenal technology that allows the camera to capture up to 18 stops of contrast in real world situations, outpacing even what 70mm film can do. No, the main reason that we will be seeing this camera on practically every 3D rig out there is that it is as big as an oversized DSLR and weighs only 5 pounds. Now that bears repeating. The camera that boasts more resolution, higher framrates, more dynamic range, a mathematically raw workflow and a crazy low price tag is also the smallest, lightest and most flexible camera out there. There are video DSLR's that will certainly fit in even a child's hand but there are few ways to compare a 5K 120 FPS, Raw, HDR capable, movie-making machine to a barely HD camera that was designed primarily to take stills. HOW DO I EDIT IT? Well, one would assume that this type of shooting technology would require some insanely high-end editing and storage technology. Not really. If you have a Macbook Pro and an SSD reader then you're pretty much set. Windows machines work just as well and there are dedicated cards for having real-time performance at almost any resolution. In fact you can easily be editing on your laptop on the plane on the way back from your shoot. The post workflow is still highly scalable though thanks to RED's open-source developers toolkit which has allowed software producers of all levels to produce super useful programs to fit any level of production. We are talking the highest of the high end here since the Epic's file format is natively editable on almost all major platforms and supported by every important color grading system there is. VAPORWARE When the RED One first started its long road to acceptance it had many detractors and haters but this time it's different. As of the writing of this, future blockbusters are already shooting with this camera and it has already been delivered to at least one every day person like you and me. In fact, the mass production assembly lines are due to start rolling before April and thousands will very possibly have an Epic in their hands by late summer. Now, shipping dates and targets will always change but one thing is clear. The future of digital cinema is now and it's going to be Epic.BLAREProductions.com is a Seattle based video production company focused on bringing you the best product possible. We can handle almost any video project including weddings, television commercials, movies, infomercials, event videos, music videos, corporate videos, and training videos. We are determined to produce high quality results in the Seattle area and beyond. We strive to listen to your ideas and make them come to life through video. Each video project is designed to meet and achieve your specific goals. Along with great video production Blare Media also offers excellent web design. Having a great website is essential to bringing attention to your business. Our custom websites are focused on your company's personal needs and are sure to bring in the business you've been looking for.1611 8th Ave. North, Seattle, Wa. 98109