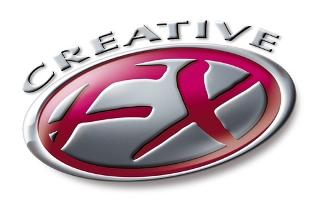 Local vehicle wrapping and signage company, Creative FX, nearly lost a high profile contract after a power cut in Bromley prevented them from producing a customised vehicle livery for California Governor and former Terminator actor, Arnold Schwarzenegger.The power failure, caused by a damaged cable, affected the Mason’s Hill area of Bromley last month. It couldn’t have been worse timing for Creative FX, who had a tight deadline to meet that day.Receiving the order on Friday morning, the company’s specially designed vinyl graphics were to be couriered to Leicestershire later the same day for application to a VW Golf, which was then flown to America for presentation to the California Governor. But the power failure, which began at 9am on Friday morning, meant the graphics couldn’t be printed until the small hours of Saturday morning. An early start and some hard work saved the day; just. Creative FX MD, Sean Davis, drove the 300 mile round trip to Lutterworth, to deliver the designs himself, with a cheery ‘I’ll be back’, to his colleagues as he pulled away.The Creative FX design is part of a marketing campaign by Volkswagen, to promote low fuel consumption vehicles to Californian drivers. “It would have been an absolute disaster if we’d missed the deadline,” says Davis. “It’s obviously a very glamorous job for our business; and I wouldn’t have fancied explaining to the Terminator, why we had failed to deliver.”About Creative FXCreative FX is a Bromley-based company specialising in vehicle livery and automotive services, as well as signage and display projects.We specialise in the design, production and installation of vehicle wraps for both the commercial and retail sectors. Any design can be used from simple text and logo to a fully photographic vehicle wrap. We also provide stoneguard and window tinting services.As well as wrapping individual vehicles, the Creative FX team has also carried out projects for major car manufacturers, and has completed numerous special commission projects for events and charities, such as: Arsenal FC (Teenage Cancer Trust); Audi (the featured sculpture at the 2009 Goodwood Festival of Speed); Nissan (163 Union Jack-wrapped Micras, for the Government vehicle scrappage scheme): and an Electric G-Wiz, sold by Gordon Ramsay at a charity auction for nearly £50,000.Creative FX is an authorised supplier of vehicle badging for a number of leading car manufacturers including Audi, Toyota GB and Renault UK.Sean Davis Director145 Masons Hill Bromley Kent, UK BR2 9HW020 8313 1146 info@fxuk.net www.fxuk.net

01-20-2021 | IT, New Media & Software
OMTech Laser
OMTech Launches Southern California Showroom
OMTech, a leading laser engraver manufacturer, announced the grand opening of its Showroom, located in Anaheim, California. At the showroom, people can walk through the doors, meet the OMTech team, and experience the power and magnitude of a laser engraver in person. In addition, the team prioritizes all health protocols to keep visitors safe and healthy during the COVID-19 pandemic. If you’re interested in browsing the showroom, reserving an appointment
01-28-2016 | Business, Economy, Finances, B …
Engage PEO
Engage PEO Expands California Team
Melissa Johnson joins as vice president of sales in California. Fort Lauderdale, FL, USA -- Engage PEO, a leading professional employer organization providing HR outsourcing solutions to small and mid-sized businesses across the U.S., today announced the addition of Melissa Johnson as vice president of sales for California. She will be based in the San Francisco Bay Area, but will partner with brokers and clients throughout the state and across country. Johnson
11-12-2010 | Politics, Law & Society
Sagaria Law, P.C.
Foreclosure Rates Rising in California
Approximately $25 million was spent at foreclosure auctions in the Sacramento and Oakland areas last weekend. Several homes were sold at less than half the cost of their previous high property values. This trend of increasing foreclosure activity has been prevalent in California communities in the past years, and experts predict the trend will only continue to rise in the near future. Foreclosure cases in California have increased 50% in the
10-25-2010 | Business, Economy, Finances, B …
Simple Wave LLC
The California Avocado Festival
Simple Wave, LLC 3266 Arden Rd Hayward, CA 94545 Phone (866) 968-8558 Fax (650) 716-5220 Contact: Jeff Bollengier Phone: (925) 207-4800 http://store.calibowl.com/category_s/21.htm Hayward, CA, Oct 8th 2010: Simple Wave LLC’s is pleased to announce that its revolutionary brand, The CaliBowl™, was a smash hit, once again, at the Annual Avocado Festival in Carpinteria, CA. While in the middle of making another exciting deal with Singapore distributor, The JP Group, and working to introduce a new pet bowl line,
08-12-2008 | Industry, Real Estate & Constr …
Wang Law Firm
Greener California
On July 17, 2008, the California Building Standards Commission unanimously adopted the green building standards for all new construction statewide. This decision is the first of its kind in the nation to incorporate green building standards into the building codes. The California Green Buildings Standards Code is expected to be published at the end of 2008. It will be published as Part 11 of the 2007 edition
10-25-2007 | IT, New Media & Software
Satellite Family
California Wildfires Affect Internet Service
Laguna Niguel, CA, October 24 2007 - The recent California fires have cut off communication and internet service for some customers of cable, DSL, and dial-up service. Fires raging areas such as San Diego, Orange County, Malibu, and the Inland Empire have destroyed homes, downed power lines, and ruined telecommunications, severing all forms of contact for families and businesses. Crews throughout the fire ravaged areas are currently working to restore
Comments about openPR
OpenPR is clearly structured and remains true to its principle of confining itself to the essential parts. OpenPR has proven to be a very good and reliable partner to our media agency: Within the shortest time the releases are online and go down well with the media representatives. The success of OpenPR is reflected in the steadily increasing number of press releases. It is good that OpenPR exists!
Ursula Koslik, Director Marketing & PR, F+W Hamburg