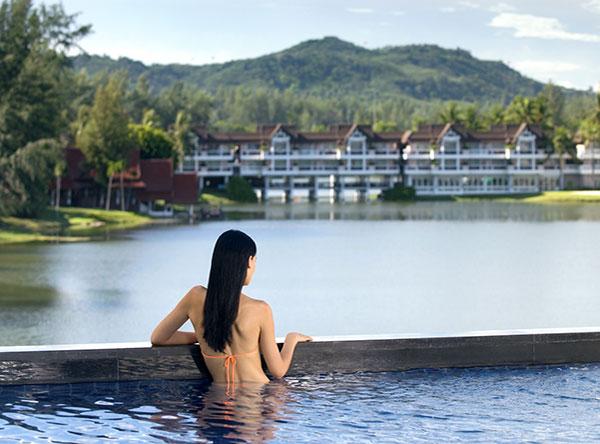 Phuket, Thailand: Thailand property developer, Seacon Development, are predicting that property sales in Phuket will increase by twenty five percent in 2011.The developers of Seacon Square on Srinakarin Road in Bangkok may have a point, as foreign investment in Phuket property has continued to rise, year on year, since 2008.In 2010, foreign investment in Phuket property totalled four billion baht (US$ 131 million). This represents an increase of twenty five percent since 2008.Although an increase is expected in Phuket, property sales figures are unlikely to reach those achieved during 2006 and 2007, when sales climbed to a peak of twelve billion baht (US$ 393.1 million) during 2007."The [property] market [in Phuket] has still not fully recovered from its peak before the 2008 financial crisis, however. The major reason for continued weak sales is the economic situation in Europe, particularly the UK, where large numbers of customers came from in the past," commented executive director of Seacon Development, Piya Sosothikul. A report by Seacon says that there are currently one hundred and forty seven property projects still under development in Phuket.Ninety-six of these consist of five to sixty million baht villas, and a further twenty-eight are condominium projects under construction.There are also twenty-three projects classified as high-end luxury property, where properties cost at least sixty million baht (US$ 2 million) each. Most of these are located on the west coast of Phuket in areas such as Surin Beach, Kamala, Laem Singh and Naithon.Phuket Ocean Villas http://www.phuketoceanvillas.comAuthor:Rebecca SmithPhuket Ocean Villas http://www.phuketoceanvillas.comRead the main article: http://blog.phuketoceanvillas.com/phuket-property-sales-predicted-to-rise/149/12 Srisoonthorn Road, Cherngtalay, Thalang, 83110, Phuket, Thailand