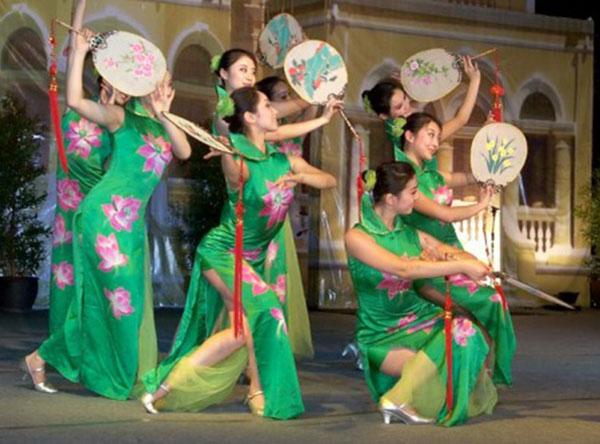 Phuket, Thailand: A recent poll by members of popular Chinese travel website Ctrip has ranked Phuket as the sixth most popular holiday destination in the world.The poll, which received a total of seven and a half million votes, ran from the 15th October to 15th November 2010.Shanghai based Ctrip serve over one and a half million customers every year and account for three percent of all flights booked in China. The Ctrip web site has over forty million registered members and offers more than one thousand holiday packages, hotels, flights and corporate travel management services.The winner of the poll was Paris, France, followed by Jungfrau in Switzerland, Tokyo in Japan, Maldives and Prague in the Czech Republic.Other destinations which ranked lower than Phuket in the poll were; Amsterdam in the Netherlands, Johannesburg in South Africa, Seoul in South Korea and the Great Barrier Reef in Australia.Phuket continues to grow in popularity as a destination for Chinese tourists; its close proximity to China, sandy white beaches and idyllic lifestyle having great appeal.In fact, figures released by the Thailand Immigration Bureau show that the number of Chinese nationals visiting Phuket from January to November 2010 reached 765,389; an increase of more than thirty percent over 2009.Additionally, Chinese nationals are travelling overseas in increasing numbers as the economy in China continues to grow and its citizens become more wealthy.Main article: http://blog.phuketoceanvillas.com/phuket-thailand-ranked-6th-in-china-poll/http://www.phuketoceanvillas.com http://blog.phuketoceanvillas.comAuthor:Rebecca SmithPhuket Ocean Villas http://www.phuketoceanvillas.com http://blog.phuketoceanvillas.com149/12 Srisoonthorn Road, Cherngtalay, Thalang, 83110, Phuket, Thailand

06-15-2020 | Industry, Real Estate & Constr …
Siam Real Estate
Amazing Trusted Thailand
Ever wonder what it would be like to own a villa or condo in a tropical foreign destination? Owning a second home or investment property in one of the world’s most popular destination is a dream that can come true. Right now, Thailand is a true real estate investment opportunity. With the Covid-19 situation firmly under control, Thailand has risen to the forefront of investment possibilities. COVID-19:
03-07-2019 | Tourism, Cars, Traffic
TAT Newsroom
Training in Thailand
A train journey can be a special part of any Thai holiday for the scenery, history and the unique peaks of the kingdom. There are many route options and they roll into most parts of the country. Travelling by train in Thailand is also a great way to see the diverse countryside on your way to tourist areas. From Bangkok, you can ride for an hour or a little more to
02-05-2018 | Advertising, Media Consulting, …
MarketResearchReports.biz
Thailand: Country Intelligence Report
"Thailand: Country Intelligence Report", a new Country Intelligence Report by GlobalData, provides an executive-level overview of the telecommunications market in Thailand today, with detailed forecasts of key indicators up to 2022. Published annually, the report provides detailed analysis of the near-term opportunities, competitive dynamics and evolution of demand by service type and technology/platform across the fixed telephony, broadband, mobile and pay-TV segments, as well as a review of key regulatory
01-17-2018 | Media & Telecommunications
Midas pr
SUPERNAP Thailand
Untuk Siaran Segara November 29, 2017
05-27-2016 | Tourism, Cars, Traffic
DPI Research
Thailand MICE Tourism Market
The MICE industry is one of the key sectors that Thailand intends to develop in order to stimulate quality visitors both within the country and abroad. Thailand is one of the most important and popular MICE destination worldwide. Thailand is famous MICE destination due to its solid basic infrastructure, strategic location, developed transportation systems, international connectivity, a well-trained private sector, continual government support and sound regulations. Each year, it stages
11-01-2010 | Media & Telecommunications
Thaivisanews
Thailand Privilege Card
With the economy in thailand still suffering from the various troubles and the world recession,we are looking at ways to attract the public to businesses and the launch of the thaivisanews privilege card could just be the answer to get the public coming to your business. The concept of the privilege card is very simple,companys who wish to participate in the scheme will let the members know via the thaivisanews
Comments about openPR
OpenPR ist the nicest and most clearly laid out PR platform I have seen to this day. The press releases are displayed very nicely and clearly and without any unnecessary frills. The updates are fast and the finished release looks appealing and is clearly legible. Even with 16 years of experience one discovers new things from time to time. Congratulations!
Gabriele Ketterl, Director Marketing & PR, Menads