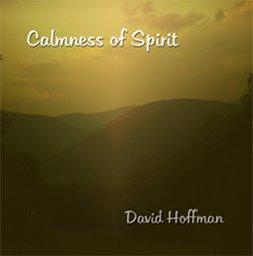 Peoria, IL - David Hoffman approaches music from several perspectives. Traveling the world as trumpet soloist/arranger with the legendary Ray Charles, and his extensive experience in the world of Jazz formed an artistic platform, that enhanced his performance on stage and in recording projects. His current environment plays an important role in the inspiration behind his passion for music and nature to gently flow together. Having played with Ray for the last 13 years of his illustrious career, Hoffman moved back to his Midwest home, located in a converted rural Congregational Church, living and making music in the recording studio located in the former sanctuary. Corn, Pumpkin, and Soybean fields, with their mixture of colors, the sounds of the wind rustling through the meadows, and the scents of the seasons, offer a “Calmness of Spirit”.It's this environment that inspired Hoffman's most recent CD, 'Calmness of Spirit'. “My desire was to merge the sounds of the neighborhood with calming music, but in a different way than is standard. I feel like with much music of this type, the nature sounds are added on without really being a part of the music”. On the first cut on the CD, “The Singing Frogs of Guadeloupe”, Hoffman started with a track recorded in his back yard on a late summer's night. “The tree frogs were singing, and I sat outside with a digital recorder, enjoying their songs. Some other neighborhood animals joined in. You can distinguish at least two types of frogs, crickets, and a lone coyote in the distance. When I took the recording inside and listened to it, I discovered a very musical 'whir' caused by a small bug flying dangerously close to the microphone.” It wasn't until Hoffman had listened to this “neighborhood” music that he started on his part of the project. “What I wanted to do is to accompany the frogs, which took figuring out their general rhythm and key center”. What results is an integration of nature and music. The last part of the equation was the addition of Paul Adam's Hulusi, which is a wind instrument native to China. Somehow it fit in, giving a lighthearted feel to the finished track. Hoffman had a specific goal in mind with 'Calmness of Spirit', and that was as a relaxation project that also had a sense of movement and musical integrity. Designed specifically for his wife Julia, who is a recovering cancer patient, the idea was to be positive and healing while retaining a musical intensity. The rural environment of his home caused Hoffman to capture other outdoor sounds, including a thunderstorm that developed slowly from gentle rain. Again, he built the music around the storm, which ended with the birds singing as the storm retreated. “Later a train came by in the distance adding one more necessary homey touch. There were some cows there too, however I borrowed the cows from the BBC Sound Effects series, because I couldn't get the local cows to moo on cue. So perhaps the deep listener could detect a British accent”. Paul Adams, well known for his eclectic and relaxing production, included an exotic element to the CD with his additions of Native American Flutes, Guitar and harmonica, as well as the Hulusi. “Paul knows just what to do to add extra interest and impact to a tune,” Hoffman says. Their musical partnership goes back over 20 years, and continues to develop. This project is a bit of a departure for Hoffman, whose earlier CD's 'Groovin', 'From Energy To Stillness', 'The David Hoffman Sextet – LIVE', and 'Prairie Skies', include exploration into New Age, Jazz and World Fusion areas. 'Calmness of Spirit' is designed to take you on a hour-long journey of peace, quiet, and serenity. Perfect for an Ambient approach to relaxation and massage.Currently, Hoffman keeps a busy performing, recording, and teaching schedule. He teaches trumpet, piano, and improvisation at Knox College and Bradley University. He also performs with his own jazz group, as well as with Paul Adams in an experimental eclectic unit called The Neurons. David also conducts the Heartland Jazz Orchestra, serves as the President of the Peoria Federation of Musicians, and records new music in his home Sanctuary. David Hoffman 'Calmness of Spirit' CD is available from Amazon at www.amazon.com/Calmness-of-Spirit/dp/B003Y52Y3Y/ref=sr_1_2?ie=UTF8&qid=1292886765&sr=1-2 and ItsAboutMusic.com at www.itsaboutmusic.net/catalog/index.php?cPath=432_449www.pauladams.org (Paul@pauladams.org) (Dhoffman@DavidHoffmanjazz.com)Press Inquiries: Glass Onyon PR, PH: 828-350-8158, glassonyonpr@cs.comGlass Onyon PR is a full-line music publicity company.William James P.O. Box 18254 Asheville, NC 28814