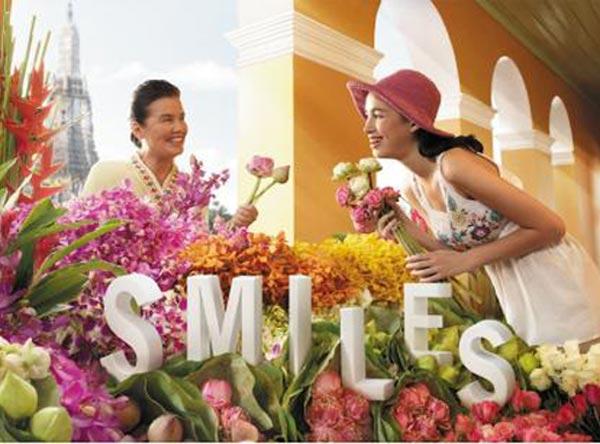 The Tourism Authority of Thailand (TAT) has announced that, despite the economic downturn, Thailand is continuing to attract an increasing numbers of visitors from the Middle East.In fact, figures show a sixty seven percent rise in September 2010 compared with September 2009.Whilst the figures for the final quarter of 2010 are still to be confirmed, the Tourism Authority of Thailand expects the overall number of visitors from the Middle East to surpass 2009 levels by at least twenty percent.For the first nine months of 2010 the total number of visitors from the Middle East stands at 392,294 and has already eclipsed the total for the whole of 2009.Pramoth Supyen, Tourism Authority of Thailand director for the Middle East, commented; "2010 proved to be a challenging year for all destinations due to various global and international events and Thailand was no exception. However, I am pleased to announce that due to the combined efforts of our travel trade partners and the continuing popularity of Thailand among residents of this region who appreciate the value and quality of experiences Thailand has to offer, that Thailand continues to grow strongly as a favoured destination of choice, and this is something that we are very pleased about. Given the circumstances a projected increase of twenty percent in 2010 is an outstanding result."What’s more, in order to attract further visitors to the country and ensure Thailand’s popularity continues well into 2011, a consumer and travel agent competition aimed at Middle Eastern visitors has been launched.The consumer competition titled “Amazing Thailand Travel – Short Story Contest” was launched on January 1st. Entrants are invited to write a short story based upon a representative image of Thailand. Currently the competition is only open to Middle Eastern countries; United Arab Emirates, Qatar, Bahrain, Kuwait, Saudi Arabia, Oman, Lebanon, Syria, Jordan and Iran.The winning entries will be drawn four times throughout the year, with each winner receiving a five day/ four night holiday package to Thailand.In addition, Tourism Authority of Thailand have also introduced a “Best Itinerary Contest” to encourage travel agents to promote Thailand as a unique holiday experience.The competition will also invite travel agent graduates from the ‘Amazing Thailand Academy’ to enter their ideal Thailand itinerary based on a specific theme - four different themes will be used and the contest will be judged once each quarter during 2011.Applicant’s itineraries will be judged on their ability to incorporate and consider criteria such as, new attractions, authenticity, travelling time and efficiency, relaxation, budget and the "7 Wonders of Thailand" – namely; ‘Thainess’, Treasures, Beaches, Nature, Trends, Wellness and Festivities.The winning entry for the best itinerary on each theme will get the opportunity to live out their dream itinerary, along with a free holiday package for two adults. Also included will be publication of the winners name, agency logo and entry on to the Tourism Authority of Thailand’s dedicated Middle East web site.All travel agents from the United Arab Emirates, Qatar, Bahrain, Kuwait, Saudi Arabia, Oman, Lebanon, Syria, Jordan and Iran will be eligible to enter the competition.Full details and conditions on how you can enter either competition can be found on the Tourism Authority of Thailand Middle Eastern web site.Article source: http://blog.phuketoceanvillas.com/thailand-targets-the-middle-east/Author:Rebecca SmithPhuket Ocean Villashttp://www.phuketoceanvillas.com http://blog.phuketoceanvillas.comPhuket Ocean Villas specialise in luxury ocean view property in Phuket, Thailand. We have a superb and extensive portfolio of luxury property in Phuket, available in breathtaking locations throughout the island, including new property, resale property and land.With over 20 years of experience in property sales and development and an after-sales service second to none, our focus is on providing choice without wasting your time. http://www.phuketoceanvillas.com149/12 Srisoonthorn Road, Cherngtalay, Thalang, 83110, Phuket, Thailand

05-19-2021 | Industry, Real Estate & Constr …
Siam Real Estate
Thailand Property Market Update
Whilst the rest of the world are experiencing rocketing home prices in 2021 Thailand's property market has remained largely subdued. With Thailand all but barring foreign tourists many would be property buyers cannot get here to make a purchase decision. Whilst SRE has offered buyers a virtual property purchasing service and the beginning of 2021 saw an increase in activity in the market with more people in Thailand buying.
06-15-2020 | Industry, Real Estate & Constr …
Siam Real Estate
Amazing Trusted Thailand
Ever wonder what it would be like to own a villa or condo in a tropical foreign destination? Owning a second home or investment property in one of the world’s most popular destination is a dream that can come true. Right now, Thailand is a true real estate investment opportunity. With the Covid-19 situation firmly under control, Thailand has risen to the forefront of investment possibilities. COVID-19:
02-05-2018 | Advertising, Media Consulting, …
MarketResearchReports.biz
Thailand: Country Intelligence Report
"Thailand: Country Intelligence Report", a new Country Intelligence Report by GlobalData, provides an executive-level overview of the telecommunications market in Thailand today, with detailed forecasts of key indicators up to 2022. Published annually, the report provides detailed analysis of the near-term opportunities, competitive dynamics and evolution of demand by service type and technology/platform across the fixed telephony, broadband, mobile and pay-TV segments, as well as a review of key regulatory
01-17-2018 | Media & Telecommunications
Midas pr
SUPERNAP Thailand
Untuk Siaran Segara November 29, 2017
05-27-2016 | Tourism, Cars, Traffic
DPI Research
Thailand MICE Tourism Market
The MICE industry is one of the key sectors that Thailand intends to develop in order to stimulate quality visitors both within the country and abroad. Thailand is one of the most important and popular MICE destination worldwide. Thailand is famous MICE destination due to its solid basic infrastructure, strategic location, developed transportation systems, international connectivity, a well-trained private sector, continual government support and sound regulations. Each year, it stages
11-01-2010 | Media & Telecommunications
Thaivisanews
Thailand Privilege Card
With the economy in thailand still suffering from the various troubles and the world recession,we are looking at ways to attract the public to businesses and the launch of the thaivisanews privilege card could just be the answer to get the public coming to your business. The concept of the privilege card is very simple,companys who wish to participate in the scheme will let the members know via the thaivisanews
Comments about openPR
OpenPR is clearly structured and remains true to its principle of confining itself to the essential parts. OpenPR has proven to be a very good and reliable partner to our media agency: Within the shortest time the releases are online and go down well with the media representatives. The success of OpenPR is reflected in the steadily increasing number of press releases. It is good that OpenPR exists!
Ursula Koslik, Director Marketing & PR, F+W Hamburg