story: A game with an important message 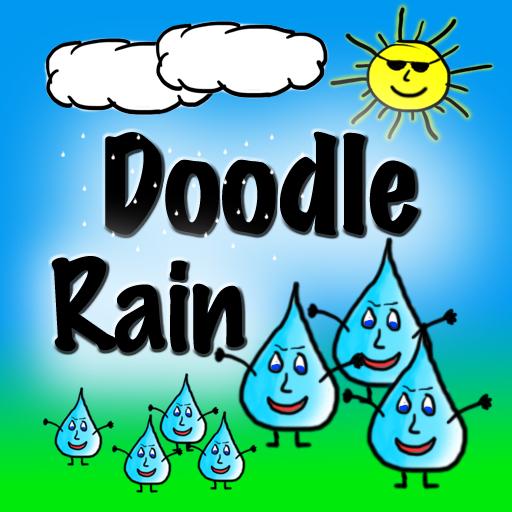 Not all games are for fun only, some do contain sublime messages useful on day-to-day education of all users, young and old.RMF Games wanted to create a game with a strong useful message, focused on the playability and with a graphical approach that would allow to be pleasant to both young and old.Being the water one of the most critical resources in our world, in our body, and for our survival as a specie, its something we all should take great care. Never the less, because there is so much and apparently everywhere, its hard to make people aware that we need to save every possible water drop. This principal was our main driver for the game."Saying it is usually not enough so we decided to put in in a game" says Rui Figueiredo, the creator of the game.Make a billboard saying 'Save water' and no one cares or even remember reading it after a few minutes, but play a game for hours where the goal, the mission, the objective is to save water to save the world and that message stays within the player conscience and sub-conscience.Doodle Rain HD (for the iPad) and Doodle Rain SD (for the iPhone and iPod touch) are the two released versions of this puzzle style game that will make the player go through 30 challenging levels where the single goal is to gather water from the rain in a world where water as become rare and scarce.At the player disposal, there are some basic day-to-day objects like an umbrella, a funnel, between others. The player needs to use those objects to gather and drive the raindrops that fall from the sky to the only water deposit.To make progress harder, levels get more complex and some visitors show up like helicopters and ufo's that are also trying to gather water to take back to their own worlds. This game elements bring the "action" to the game as the player, needs to eliminate those visitors while keeping gathering all water possible.The world is in a mission to save the water and to collect as much raindrops as possible. With just a couple of weeks of being released, both games hit the tops on multiple countries in the categories Puzzle and Educational.Doodle Rain HD is in the Top 100 of 40 countries, Top 10 in 5 countries and Top 5 in 1 country. Doodle Rain SD is in the Top 100 of 35 countries, Top 10 in 13 countries and Top 5 in 5 countries.Game website http://www.rmf.pt/games/doodlerain/Doodle Rain HD & SD Game Trailer http://www.youtube.com/watch?v=xZe5Bp88WU8 Doodle Rain at Facebook http://www.facebook.com/pages/Doodle-Rain/174065785959410?v=wallDoodle Rain SD (iPhone/iPod version) at iTunes http://itunes.apple.com/app/doodle-rain-sd/id407506675?mt=8Doodle Rain HD (iPad version) at iTunes http://itunes.apple.com/app/doodle-rain-hd/id401435413?mt=8Doodle Rain Media Pack http://www.rmf.pt/games/doodlerain/Doodle_Rain/Media.htmlRMF Games Studio Independent Games development company dedicated to Apple mobile devices applications.RMF Games Rua Heliodoro Salgado, 9-5FTE 2620-191 Ramada Portugal+351 918617733

You can edit or delete your press release story: A game with an important message here

05-14-2021 | IT, New Media & Software
Mango Animate Software Co., Ltd.
Mango Animate’s Doodle Animation Software Creates Attractive Videos
Mango Animate’s new doodle animation software(https://mangoanimate.com/products/tm) allows users to express themselves and convey information in an exciting and captivating manner. This new whiteboard animation video maker combines powerful functionality with ease of use, allowing anyone to create their own doodle animations. “Our new doodle animation software is designed to be simple and easy to use for everyone,” says Winston Zhang, the CEO of Mango Animate. “No coding or graphic designing
11-20-2020 | IT, New Media & Software
Mango Animate Software Co., Ltd.
Mango Animate Launches a Doodle Video Maker for Pitching Products to Customers
Doodle video maker from Mango Animate helps users create doodle videos to pitch products to loyal and potential customers and influence their purchasing decisions. Mango Animate has unveiled a doodle video maker (https://mangoanimate.com/products/wm) for creating e-commerce videos, mobile app videos, product and service videos, training videos, and more. The software helps users turn hand-drawn art into engaging doodle videos that feature their brands, products, and other offerings they want to highlight.
05-15-2019 | Advertising, Media Consulting, …
HTF Market Intelligence Consulting Pvt. Ltd.
Appointments and Scheduling Software Market to Witness Massive Growth| Calendly, …
A latest survey on Global Appointments and Scheduling Software Market is conducted covering various organizations of the industry from different geographies to come up with 100+ page report. The study is a perfect mix of qualitative and quantitative information highlighting key market developments, challenges that industry and competition is facing along with gap analysis and new opportunity available and may trend in Appointments and Scheduling Software market. The report bridges
03-27-2018 | Media & Telecommunications
Doodle Labs
Doodle Labs Signs Mouser Electronics as a Global Distribution Partner
Doodle Labs partners with Mouser Electronics to extend product availability and fulfillment of its Industrial Wi-Fi Transceiver product line Doodle Labs, one of the leading manufacturers of broadband RF products, has entered into a distribution agreement with Mouser Electronics, Inc. to offer Doodle Lab's Industrial-Wi-Fi Transceiver product line across its global footprint. Doodle Labs’ portfolio of Industrial Wi-Fi Transceivers offers best-in-class performance for broadband RF modules. These transceivers have high transmit power
07-29-2016 | Arts & Culture
The Doodle Monkey
Wavy Gravy: The Weirdest colouring book in the universe #3: by The Doodle Monkey
Welcome to second episode of The Artistic ‘Space‘ Mis-Adventures of The Doodle Monkey and his BFF, Eric the banana. Amazingly, they have managed to survive a crash landing on the Planet; Poo-Pie. A crazy planet full of strange and amazing creatures you will find throughout this book. The weird planet is orbited by bouncing moonies (two moons stuck together), which smell and are used to repel unwelcome visitors. Their first
07-08-2016 | Arts & Culture
The Doodle Monkey
Wibble - The weirdest colouring books in the universe #2 By The Doodle Monkey
The Evil Pirate, Boris the Insipid, has stolen all the colour and creativity from this, now bleached, spinning sphere we call Earth. It has fallen onto the very shallow shoulders of The Doodle Monkey and, his best friend, Eric the Banana to recover the stolen pigments and return them safely home to Earth. Flying through the cosmos in his adequately sized space pear he is searching for the stolen links to
Comments about openPR
OpenPR ist the nicest and most clearly laid out PR platform I have seen to this day. The press releases are displayed very nicely and clearly and without any unnecessary frills. The updates are fast and the finished release looks appealing and is clearly legible. Even with 16 years of experience one discovers new things from time to time. Congratulations!
Gabriele Ketterl, Director Marketing & PR, Menads