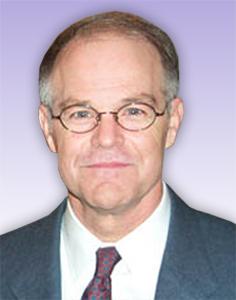 Dublin, 09 February 2007 (sof) William F. Vendley, Secretary General of Religions for Peace (WCRP, New York) has been appointed a member of the Stories of Faith Advisory Board. Patron of the Stories of Faith media project is the Dalai Lama. This project “is a vivid and effective way to bring the messages of peace and understanding to a greater audience”, said Vendley. The project, which was initiated by the German film producers Wolfram R. Bauer and Carola Klessen, goes out to facilitate knowledge about the large world religions to an international audienceThe theologian Dr. Vendley is a consultant to the United Nations and has served as a professor and dean in graduate schools of theology. Vendley has been awarded several prizes for religion and human rights, and serves at the Board of the World Council of Religions for Peace. This multireligious organization is solely dedicated to promoting collaboration among the world’s religious communities. He also serves as the organization’s chief executive officer, overseeing the international secretariat in North America, Latin America and the Caribbean, Europe, West and East Africa, and Asia. He coordinates the international activities and projects of Religions for Peace’s inter-religious councils and affiliated groups in seventy national and four regions around the world. Under Vendley’s leadership, Religions for Peace and its local affiliates have helped to mediate violent conflicts in the Balkans, West Africa, and the Horn of Africa, and supported and further engaged religious communities in collaborative work to assist the more than 12 million orphans of HIV/AIDS in Africa. Current areas of focus include Iraq, the Middle East, Sudan, and the Korean Peninsula.Further members of the Advisory Board to Stories of Faith Ltd., Dublin (www.stories-of-faith.com) are the political scientist Prof. Bassam Tibi from Cornell University (New York), Prof. Karl-Josef Kuschel, Vice President of the Global Ethics Foundation (Tuebingen) and Peter Ruof, international business executive and co-founder of CDS International, New York (Carl Duisberg Society) and the Centre for European Policy Studies (CEPS), Brussels.Stories of Faith Limited is a Dublin-based private equity venture and film production company. Together with its associated Limited Partnerships it offers a private equity investment opportunity in an international film and media project to qualified private and institutional investors.Stories of Faith Limited Company No. 401367 32 Park House, Palmerston Road Rathmines, Dublin 6, Ireland Fon: +353 1 48 60 687 Fax: +353 1 63 35 881 Email info@stories-of-faith.com Web www.stories-of-faith.com

02-15-2007 | Politics, Law & Society
Stories of Faith Ltd.
Media project "Stories of Faith" flanked by "Civilisations Matter", a new academ …
Berlin, 15.02.07 (sof) Wolfram R. Bauer and Carola Klessen, initiators and producers of the Irish media project “Stories of Faith”, have initiated the \"Civilisations Matter - Academy for Intercultural Dialogue\". The Academy will promote understanding between various ways of thinking. The future foundation will be based in Germany and acquire a location near Berlin as a meeting place. The initiators are forming this foundation because they are conscious of
Comments about openPR
Your portal is fast, simple, and easy to use. Others may have more functions but they also demand more editing time, you have to preformat the text in order to achieve a good result etc. I think openPR is really fantastic!
Andreas Knepper, wallmedien AG