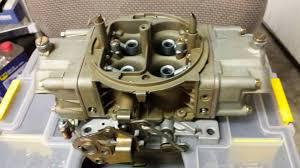 Press Release – 31 Jan 2019
Research and Development News --
. .
Latest Update "Anti-corrosion Coatings: Global Markets to 2022" with Industries Survey | Global Current Growth and Future.
' '
The global market for anti-corrosion coatings is expected to grow due to its high demand in a broad range of industry end-users across the globe. Corrosion is an ongoing problem in most industries, including major markets such as marine, oil and gas, infrastructure, manufacturing, and automotive.

The market for anti-corrosion coatings is segmented based on type (epoxy, polyurethane, acrylic, alkyd, zinc, chlorinated rubber, and others), end-user industry (marine, oil and gas, manufacturing, water and wastewater, infrastructure, automotive, and others), technology (solvent-borne, waterborne, powderbased, self-healing and others) and geographic regions (North America, Europe, Asia-Pacific, Middle East and Africa, and South America). This report covers market drivers, restraints, opportunities and challenges that determine the scope of the market and its trends.

Industrial growth in the developing economies is a major driver for the growth in the coatings industry. In most regions of the world, the coatings industry is mature and its growth is dependent on many factors, including the level of economic activity and the state of the construction industry, which remains a major consumer of paints and coatings.
. .
– For Other Requirement and Enquiry_ https://www.researchmoz.us/enquiry.php?type=E&repid=1704821
' '
The Asia-Pacific is the largest regional market for anti-corrosion coatings and has high growth potential. The growth in the Asia-Pacific region is mainly driven by the growing end-user industries such as infrastructure, manufacturing, and water and wastewater. The oil and gas reserves in China and India are growing, and there is a continuous need for maintenance in the transportation industry, as well as accelerating energy demand in various regions in Asia-Pacific, both of which are ultimately driving the anti-corrosion coatings market."

The scope of the report covers the overview and clear understanding of the global market scenario of anti-corrosion coatings and analysis of global market trends, with market data from 2016, considering 2016 as the base year and estimating for 2017 to 2022 with CAGR projections in the forecast period.

The report discusses technological, regulatory and economic trends that are affecting the anti-corrosion coatings market. It also explains the major drivers and restraints and regional dynamics of the global anti-corrosion coatings market and current trends within the industry. The market is further segmented and forecasted for major countries such as U.S., Canada, Germany, France, China, U.K., India etc.

The different types/chemistries of anti-corrosion coatings considered in the report include epoxy, polyurethane, acrylic, zinc, chlorinated rubber, silicone and alkyds, among others. The report further discusses end-use industries such as oil and gas, manufacturing, marine, water and wastewater, infrastructure, power generation, and automotive, among others. The different technologies of anti-corrosion coatings included in the report are solvent-borne, waterborne and powder-based, among others.

The report concludes with a special focus on the competitive landscape, which includes the key strategies adopted by the manufacturers and detailed profiles of the major manufacturers in the global anti-corrosion coatings market.

- 68 data tables and 16 additional tables
- An overview of the global market for anti-corrosion coatings
- Analyses of global market trends, with data from 2016 and 2017, and projections of compound annual growth rates (CAGRs) through 2022
- Coverage of the different types and chemistries of anticorrosion coatings, which include epoxy, polyurethane, acrylic, zinc, chlorinated rubber, silicone, and alkyds
- Overview of anticorrosion coatings technologies, i.e., solvent-borne, waterborne, and powder-based
- Discussion of end-user industries, such as oil and gas, manufacturing, marine, water and wastewater, infrastructure, power generation, and automotive
- Analyses of technological, regulatory, and economic trends affecting the anticorrosion coatings market
- Profiles of major companies in the market, including 3M Company, Akzo Nobel NV, Ashland Inc., BASF, the Sherwin-Williams Company and Wacker Chemie AG"

10-20-2020 | Advertising, Media Consulting, …
Global Market Estimates Research & Consultants
Corrosion Inhibitors Market Size & Forecasts to 2026
According to a new market research report published by Global Market Estimates, the Global Corrosion Inhibitors Market is expected to grow at a CAGR of 3.85% during the forecast period. The demand for corrosion inhibitors is projected to be high due to rising importance in the oil & gas industry. Browse 145 Market Data Tables and 121 Figures spread through 180 Pages and in-depth TOC on " Corrosion Inhibitors
06-12-2018 | Advertising, Media Consulting, …
Transparecny Market Research
Corrosion-resistant Dosing Valve Market -
The global corrosion-resistant dosing valve market is prognosticated to gain support from a high preference over solenoid valves in classic chemical dosing applications. There could be two rational reasons why corrosion-resistant dosing valve is more of a preferred option than solenoid valve. First of all, new products introduced in the market such as GF Piping Systems’ 604/605 dosing valve have a minimal count of metal parts, which make them easy
02-27-2018 | Business, Economy, Finances, B …
Anti-Corrosion Coatings Market
Anti-Corrosion Coatings Market Share And Outlook
Anti-corrosion coatings protect the material from degradation due to physical contact or exposure to air, water, and chemicals. The coating acts as a barrier or sacrificial material. The advantages of corrosion coatings include increased lifespan, and reduced operating costs. It also imparts various beneficial properties such as increased gloss or color appearance, durability, increased hardness, increased durability, and abrasion protection. Corrosion can lead to increased monetary losses in the form
03-06-2014 | Energy & Environment
Fleming Gulf
Adopting global best practices to arrest corrosion
Michael Surkein, Senior Materials and Corrosion Consultant at ExxonMobil - USA to present at the 3rd Annual Corrosion Management Summit Floating Production, Storage and Offloading - FPSO provides a very cost effective solution for oil exploration in deepwater and remote locations, without having to lay long distance pipelines. As FPSO is exposed to water and moisture, corrosion control and inhibition plays a very important role in ensuring sustained and effective operations.
03-15-2011 | Business, Economy, Finances, B …
Cuproban
Corrosion Assessment Services
Cuproban Systems (Singapore) Pte Ltd offers complete marine Cathodic Protection solutions under one roof. Located strategically in the marine hub of Singapore, Cuproban Systems offers the following products and services: Description: Cuproban Systems (Singapore) Pte Ltd offers complete marine Cathodic Protection solutions under one roof. Located strategically in the marine hub of Singapore, Cuproban Systems offers the following products and services:Corrosion is one of the biggest problems of steel structures immersed
02-15-2011 | Energy & Environment
The Energy Exchange
Corrosion UAE: Corrosion prevention leaders gather at Abu Dhabi conference
A unique surprise session will take place at 12pm on the inaugural day of Corrosion UAE, on 27 February, at the Armed Forces Officers Club and Hotel, in Abu Dhabi. The first day will set the scene for plenty of learning opportunities with keynote presentations from Dr Chris Fowler, President of NACE International, George Hays, Director General of the World Corrosion Organization and Dr Abudlsalam Abdulkader Al Hashem, Director of the
Comments about openPR
Your portal is fast, simple, and easy to use. Others may have more functions but they also demand more editing time, you have to preformat the text in order to achieve a good result etc. I think openPR is really fantastic!
Andreas Knepper, wallmedien AG