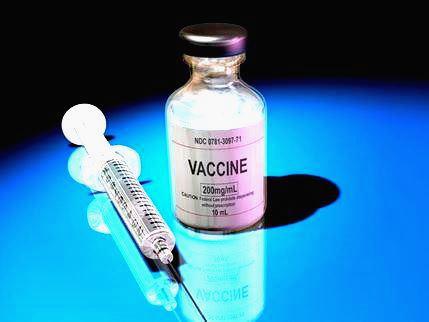 The global malaria vaccines market is expected to be valued at US$ 8.5 million in 2018 and is expected to witness a CAGR of 102.8% during the forecast period (2018 – 2024).Nearly half of the global population is at risk of malaria as per stats released by the World Health Organization (WHO). This in turn has led to increased inclination of various healthcare agencies towards addressing this major malady. Global non-profit organizations such as the Melinda Gates Foundation and PATH are working towards developing preventive measures and saving lives of many in the malaria affected regions. Africa accounts for the largest number of malaria cases and hence, this region is the primary target of launching the first malaria vaccine developed by GlaxoSmithKline plc. Mosquirix received EU approval in 2015 and is presently being examined in Africa as a pilot study.People in Africa use insecticide-treated mosquito nets and indoor-insecticide spraying for prevention against malarial vectors. Use of insecticide-treated mosquito nets in Africa increased by 80% during 2010-2015 (WHO). Moreover, a number of mosquito repellent products (patches, creams, coils, mats, liquids, etc.) are marketed globally. Besides, non-profit organizations provide cheap and often free treatment facilities to the malarial affected population in Africa. Also, GSK has pledged to sell the vaccines at a much lower cost forgoing its huge profit margins to support the global malaria eradication programs. Furthermore, with more malarial vaccines under research pipeline, the malaria vaccines market is poised for significant growth in near future.Get HOLISTIC Request Sample Copy Of This Business Report: https://www.coherentmarketinsights.com/insight/request-sample/37 Potential for malaria vaccines is estimated to be huge as a large share of population, 90%-95%, at risk of infection in Africa and South East-Asia. Advent of vaccines for adult population, would be a major breakthrough for the malaria vaccines market. Below are certain alarming statistics that embarks the need for a malaria vaccine:Artemisinin resistance has been detected in five countries – Laos, Cambodia, Myanmar, Vietnam and ThailandResistance to P. falciparum parasite against the most available anti-malarial medicines is being reportedAccording to the National Vector Borne Disease Control Programme, nearly 95% of the population in India reside in malaria endemic areasThere were an estimated 214 million malaria cases globally in 2015 (WHO) Africa is the most affected region with 90% of malarial deaths in 2015 reported in Africa (WHO)Pregnant women, children below 5 years of age, and tourists from countries with low incidence rate of malaria are identified as the most susceptible target population for malariaThe global malaria vaccines market is expected to experience a huge trajectory growth with the launch of first malarial vaccine in near future.Increasing accessibility and government support to contribute towards the malaria vaccines market growthThe WHO has established a Global Technical Strategy for Malaria 2016-2030 (GTS) in 2015 with certain defined goals, one of them aimed at eliminating malaria in at least 10 countries. Similarly, the Indian government has established Drug Distribution Centers (DDCs) and Fever Treatment Depots (FTDs) in the rural areas for providing easy access to anti-malarial drugs. Regular monitoring and surveillance by various government programs has helped to reduce malarial cases in India from 2.03 million in 2010 to 1.1 million in 2015. Support from such national and global initiatives will drive malaria vaccines market growth during the forecast period.Many such non-profit organizations and pharmaceutical companies are conducting research on malaria vaccines. Approximately 31 trials are under progress for malaria vaccine development with a few being blood stage projects. Availability of funds and government support programs will encourage commercialization of product with successful trial results, thus boosting the malaria vaccines market growth trajectory.Download the PDF brochure: https://www.coherentmarketinsights.com/insight/request-pdf/37About Coherent Market Insights: Coherent Market Insights is a prominent market research and consulting firm offering action-ready syndicated research reports, custom market analysis, consulting services, and competitive analysis through various recommendations related to emerging market trends, technologies, and potential absolute dollar opportunity.Contact Us: Mr.Shah Coherent Market Insights 1001 4th Ave, #3200 Seattle, WA 98154 Tel: +1-206-701-6702 Email:sales@coherentmarketinsights.com

You can edit or delete your press release Malaria Vaccines Market is expected to witness a CAGR of 102.8% during the forecast period (2018 – 2024) here