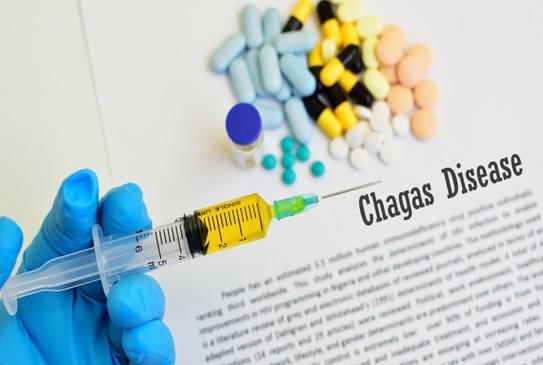 Chagas disease is a tropical parasitic disease and is endemic in 21 countries in Latin America. Chagas disease can transmitted through blood transfusion, organ transplantation, as well as congenital and oral transmissions. Chagas disease is endemic to Latin America, however, in the recent past, there is a rise in global incidence of Chagas disease due to the migration of Latin American people to other countries. According to data published by World Health Organization (WHO), in February 2018, globally, around 6 Mn to 7 Mn people were infected with Trypansosoma cruzi, the parasite which causes Chagas disease. Benznidazole and Nifurtimox are only two drugs available for the treatment of Chagas disease.Download PDF Brochure of This Report at https://www.coherentmarketinsights.com/insight/request-pdf/934Market DynamicsRising migration of people from endemic countries to developed economies such as the U.S. and in countries in Europe is expected to drive growth of Chagas disease treatment market. For instance, according to the data published by Public Library of Science (PLOS), in 2012, there are around 1,62,095 Bolivian adults living in Spain, in which about 97,215 are women (60%) and 64,880 are men. It was estimated that out of total immigrants from Bolivia to Spain 34,202 were found to be potentially infected with Chagas disease. Furthermore, increasing R&D activities for the development of novel treatment methods for Chagas disease is also expected to create a lucrative environment for the market growth. For instance, in 2016, researchers from Saint Louis University Center for Vaccine Development were working on developing a vaccine for Chagas disease. Scientists found Th17 cells, a special type of white blood cell that recognizes the presence of a foreign invader and helps other cells in the immune system to attack and protects the body against Trypanosoma cruzi parasite.Rising focus on initiatives by private and government organizations for increasing awareness of Chagas diseaseIn April 2018, Médecins Sans Frontières/Doctors Without Borders (MSF), an international humanitarian organization, launched a campaign. The campaign is aimed at increasing public awareness about Chagas disease as the disease is still prevalent in Latin American countries, and affects about 6 million people, globally. In 2007, the World Health Organization (WHO) launched a program to increase treatment rate and eliminate Chagas disease. This WHO program was supported by Bayer HealthCare, which manufactures nifurtimox, used in the treatment of Chagas disease. In 2007, Bayer entered into agreement with WHO to support the program by providing 2.5 million tablets free of charge to WHO, for the treatment of an estimated 30,000 patients over a period of five years (from 2007 to 2011). In 2011, WHO and Bayer extended its agreement. According to the agreement, Bayer is expected to provide 5 million tablets, free of charge, from 2012 to 2017. Such initiatives is expected to drive growth of market in the near futureGlobal Top Key Players:Key players operating in the Chagas disease treatment market include Nortec Quimica SA, Bayer AG, Laboratorio Elea Phoenix SA, Maprimed S.A., and Laboratório Farmacêutico de Pernambuco S/A.Request For Customization of This Report at https://www.coherentmarketinsights.com/insight/request-customization/934Detailed Segmentation:Global Chagas Disease Treatment Market, By Product Type: • Benznidazole • NifurtimoxGlobal Chagas Disease Treatment Market, By Distribution Channel: • Hospitals • Retail Pharmacies • Online PharmaciesGlobal Chagas Disease Treatment Market, By Geography: • North America • Europe • Asia Pacific • Latin AmericaAbout Coherent Market Insights:Coherent Market Insights is a prominent market research and consulting firm offering action-ready syndicated research reports, custom market analysis, consulting services, and competitive analysis through various recommendations related to emerging market trends, technologies, and potential absolute dollar opportunity.Contact Us:Mr. Shah Coherent Market Insights 1001 4th Ave, #3200 Seattle, WA 98154 Tel: +1-206-701-6702 Email: sales@coherentmarketinsights.com