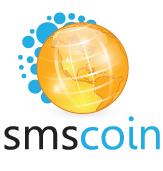 In the beginning of September SmsCoin announced expansion of its coverage by connecting 81 countries. During last two months SmsCoin made some more steps towards its main goal – having 100 countries connected by January 2011. Currently, more countries are covered by SmsCoin including Kosovo, Algeria, Sudan, Marocco and Indonesia. Thus, SmsCoin gives to its partners the opportunity to accept SMS payments from mobile carriers' subscribers of 87 countries around the world. Connecting Indonesia – the largest island state which stands on the 4th place among other counties on population size – the project covered most part of Southeastern Asia.About SmsCoin project: SmsCoin project has been working under the flag of Agregator Ltd company for almost four years now. This project was launched during the summer of 2006 with only two people involved. These two people currently manage a highly qualified and professional staff of 35 people, specializing in various fields.Presently, SmsCoin offers premium SMS services in over 87 countries worldwide. Thousands of projects are based on the project' services, dozens of unique scripts have been developed and millions of SMS-messages were processed. But, SmsCoin won't stop there, and will continue surprising its partners and competitors with unique ideas and innovative approach to its implementation.Agregator Ltd P.O. box 121 Tirat Carmel, 39100 Israelpr@smscoin.com

08-19-2010 | IT, New Media & Software
Agregator Ltd.
SmsCoin: become our partner today
Currently, SmsCoin project spreads across 71 states that are connected to and operating on its platform. Considering an extensive worldwide coverage, searching for and connecting brand new countries becomes much more complicated due to various reasons such as mentality specifics, differences in business-models and financial difficulties in certain regions, for example, in Southeast Asia, South America and South Africa. In this regard, SmsCoin project announces the launch of brand new
07-14-2010 | Media & Telecommunications
Agregator Ltd.
SmsCoin: world's leading project amongst mobile payments providers celebrates it …
A brand new service - sms:donate was added to SmsCoin project's list of already existing services. Sms:donate service provides the ability to collect donations for website development. According to SmsCoin statistics more than 3000 partners have implemented sms:donate service over the past year. Since July 2009 another 10 countries were connected, including China, Taiwan, Hong Kong, Montenegro, Turkey, India, Cambodia, Bosnia and Herzegovina, Cyprus and Slovenia. Currently, 70 countries

09-19-2016 | Media & Telecommunications
SmsCoin
SmsCoin has participated in Wholesale World Congress 2016
From September 14 till September 15 Madrid has become a meeting point for the telecommunication industry professionals — they all have gathered at the great event — Wholesale World Congress (WWC). The event organizational committee has created relaxed atmosphere for communication and it is excellent because such condition is the best for business matters discussing. SmsCoin and Bulkness representative Irina Izverskaya has met up with many industry colleagues within the
05-17-2016 | IT, New Media & Software
SmsCoin
SmsCoin company participated in International Telecoms Week 2016!
From May 8 till May 11 in Chicago, the USA, one of the most significant and influential industry events in the telecommunication field — International Telecoms Week 2016 (ITW) — has been held. It is already the 9th annual meeting which has become the place that almost all companies connected with the telecom sphere want to attend. It is efficient platform where experience is passed from hand to hand, where
12-14-2011 | Media & Telecommunications
Mobilcent Ltd
SmsCoin participation at Game Connection Europe 2011
Between December 6th and 8th in Paris there was held Game Connection 2011 Conference – a great business event which brought together game developers, service providers and publishers aiming to expand their network and to find the right business partners worldwide. SmsCoin project, which provides technology solutions for SMS payments implementation in over 90 countries worldwide performed as an outstanding exhibitor in this international marketplace. A leading provider of
11-23-2011 | IT, New Media & Software
Mobilcent Ltd
SmsCoin is to participate in VIII Mobile VAS Conference
One of the most anticipated events of the year in the field of mobile value added services - VIII Mobile VAS Conference - will take place during November 24-25, 2011 in St. Petersburg. SmsCoin project, which currently is one of the front-runners on SMS-payments market, will take part in discussions around the latest VAS market events and developments , and will compete for the «Innovative business model» award at Russian
07-12-2011 | IT, New Media & Software
Mobilcent Ltd
SmsCoin project celebrates its 5th birthday
The history of SmsCoin project establishment and its development is a great example of genuine success. The project was launched in 2006 with no capital investments and grants of any kind but sheer enthusiasm of gifted and ambitious programming specialists. During past 5 years they achieved a lot. It all started with a small list of connected countries and the solutions that offered monetization various web projects. The number
06-17-2011 | IT, New Media & Software
SmsCoin
SmsCoin: MoCO-2011 totals
Between June 9th and 10th in Moscow took place the VII international conference “Mobile Content – MoCO2011” - a conspicuous and meaningful event in mobile content industry. For the seventh time the forum has become a meeting place for branch leaders from Russia, CIS countries, EU countries, Middle East and USA. SmsCoin project, which provides a complete platform for SMS payments implementation across almost 90 countries worldwide, acted as a
Comments about openPR
OpenPR is clearly structured and remains true to its principle of confining itself to the essential parts. OpenPR has proven to be a very good and reliable partner to our media agency: Within the shortest time the releases are online and go down well with the media representatives. The success of OpenPR is reflected in the steadily increasing number of press releases. It is good that OpenPR exists!
Ursula Koslik, Director Marketing & PR, F+W Hamburg